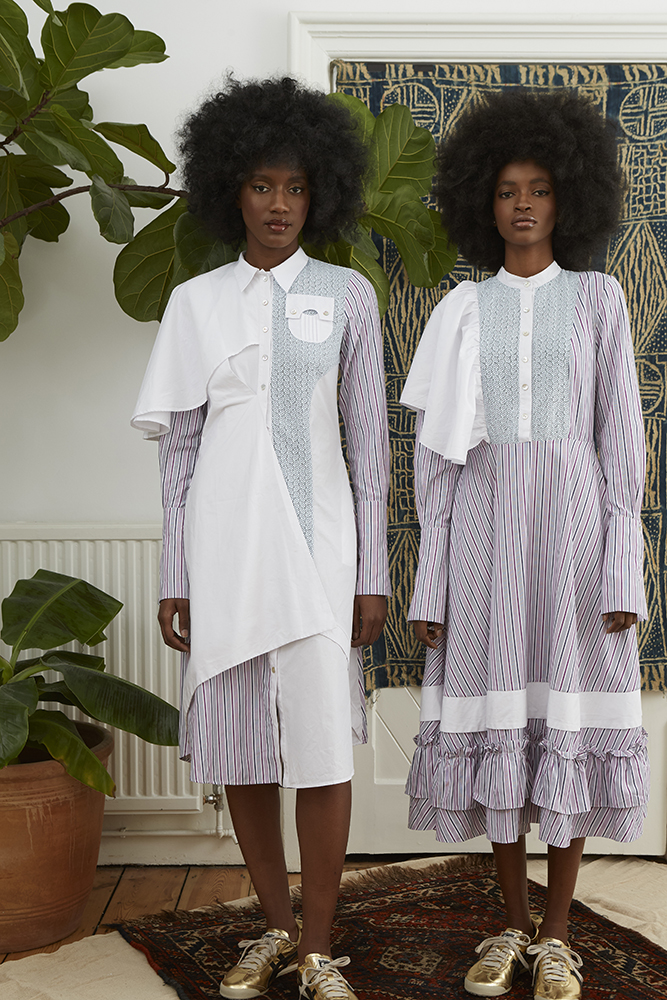 Ethically-minded fashion designer and social activist, Anyango Mpinga originates from Nairobi and champions the values of circular fashion to discover fundamental techniques in textile design and upholds sustainable consumption of clothing and accessories. Her eponymous luxury label, distinguished with elegance, authenticity, and style, was established in 2015 after she launched her first clothing line "Kipusa" in 2011. The designer is known for reconditioning her signature white shirts and striking prints, illustrated amid a bohemian and androgyny aesthetic. With otherworldly excellence woven throughout her designs, Mpinga's pieces conjure a romantic Victorian age and exude a refined boyish charm.

After spending years being very conscious of her body and concealing her figure in silhouettes that did not flatter to divert attention from her shape, Mpinga began designing for herself and decided to embrace who she was. "I have this side of me that is feminine, sexy, and loves wearing dresses and the occasional high heels, and then there is the other side of me that also loves the androgynous look, wearing long shirts and structured coats, with brogues to match" explains the designer. 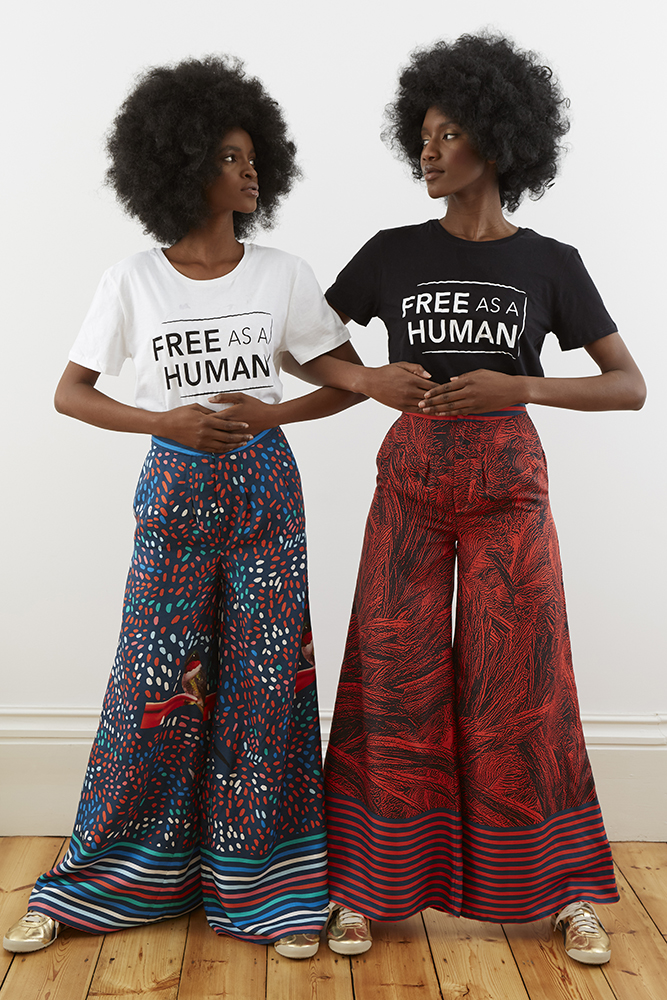 Mpinga is the founder of the fashion initiative "Free As A Human," which operates to elevate awareness about human trafficking and forced labor that exists throughout the supply chain in the fashion industry, acquiring backing from American Feminist and journalist and social-political activist Gloria Steinem. "Social Activism is a part of who I am, and using fashion to talk about important social issues is as important as the food and the air we breathe," explains Mpinga. "When we have an industry that profits off the exploitation of people, the best way to counter that is to move this industry to adapt to changes that will empower people and ultimately drive change."

The designer makes garments that leave a progressive influence on her community and those who wear them. With negative connotations around the typical aesthetic of sustainable fashion, it has always been Mpinga's objective to create a brand that counters this notion. "While it is incredibly costly to use only natural fibers and work with ethical suppliers who use environmentally friendly dyes and pay fair wages, the reward is even bigger when I create a beautiful item of clothing, and people have an appreciation for it, and I know deep down that the woman who made the dress is empowered and not exploited." 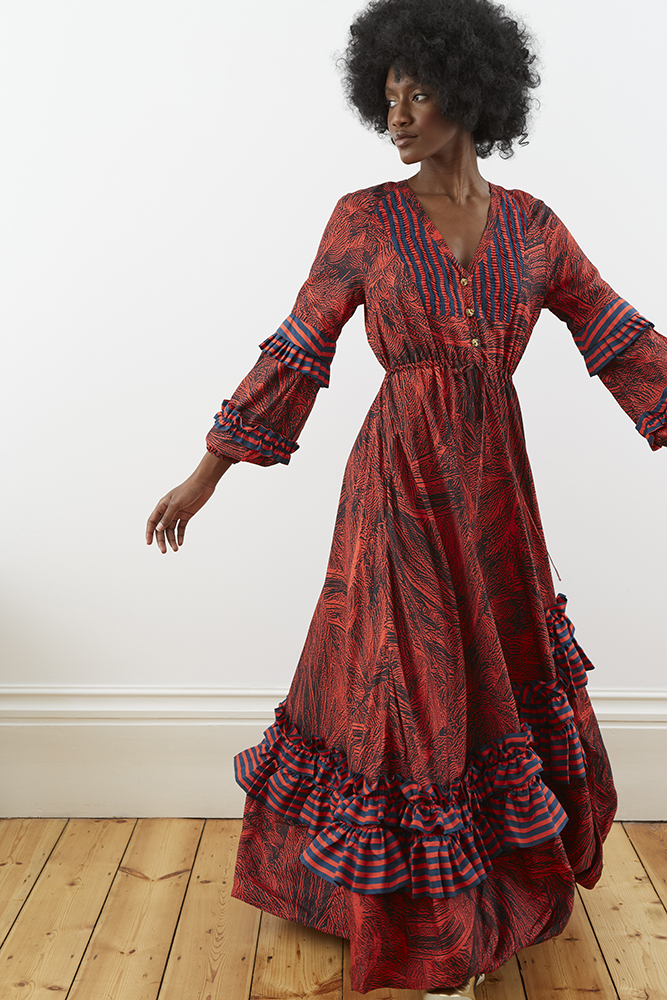 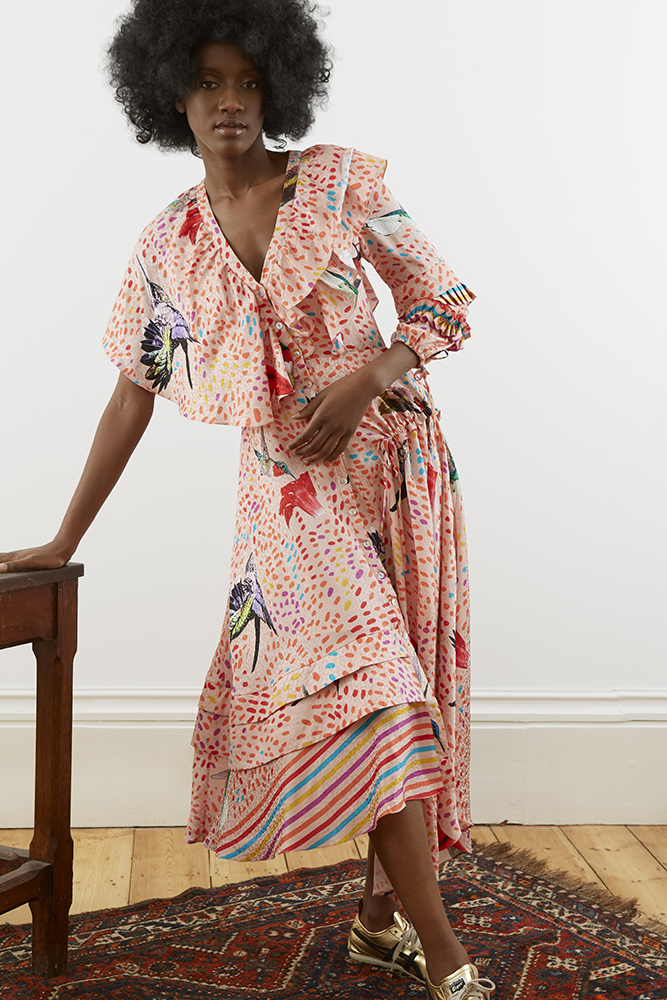 Mpinga's mindset, background, values, and her readiness to illustrate vulnerability when designing, and to use her voice to stand up for her beliefs, are all contributing factors in the importance of her brand. These factors are what distinguishes her from other designers. "I tap into the mind of a woman whose body doesn't fit into the narrow mindset of the public standards. I am that woman; I am perfect in my imperfections, I can be beautiful, desirable, smart, a mother, a student, an entrepreneur who is still yet to figure it all out and still feel beautiful and leave a positive impact on the world. Women who have worn my clothes have often expressed the positive feelings they have when they wear them, and that for me is enough." 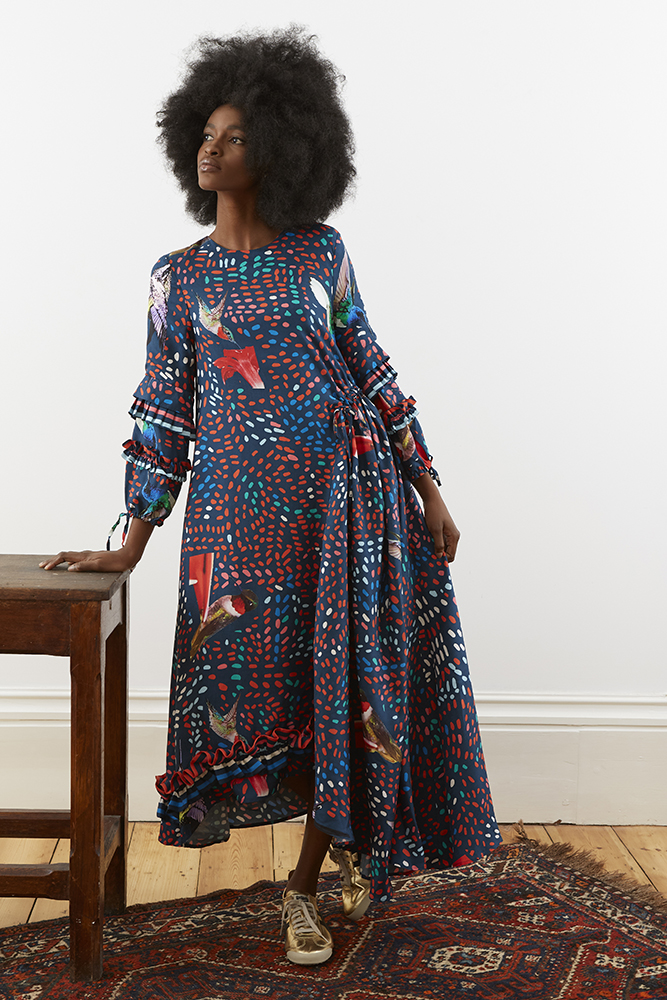 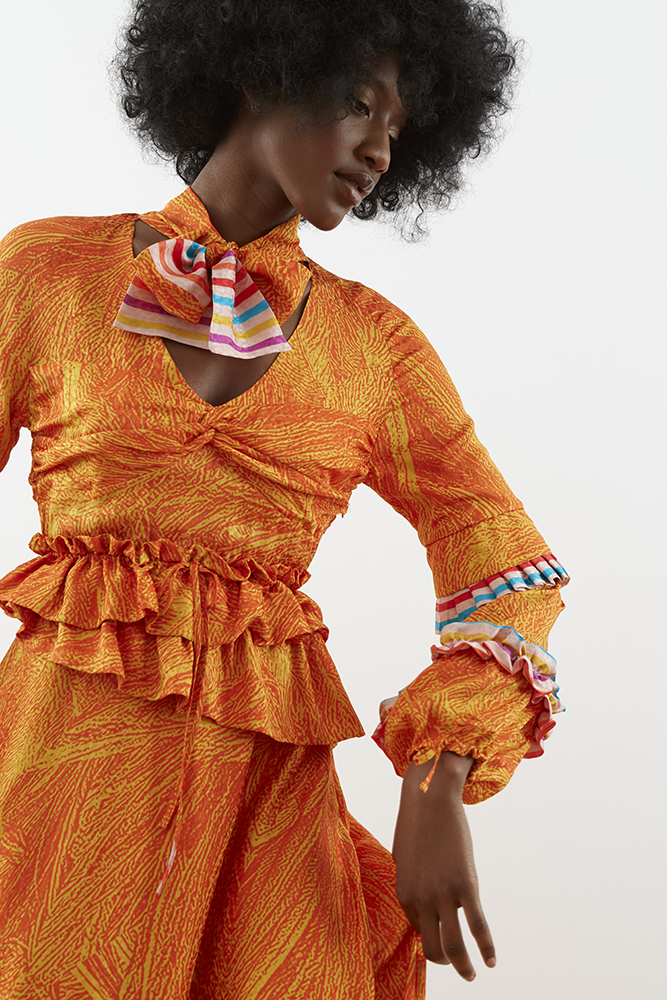 Her authenticity, original approach to story-telling when defining what African fashion is, and identifying the country's rich culture, art and style, all play out throughout her asymmetrical shapes, and deconstructed silhouettes are what makes Anyango Mpinga's brand unique. With an unparalleled focus on sustainability and attaining many acclaimed awards, this Kenyan fashion designer will undoubtedly make waves and enact the change she wishes to see in the industry. 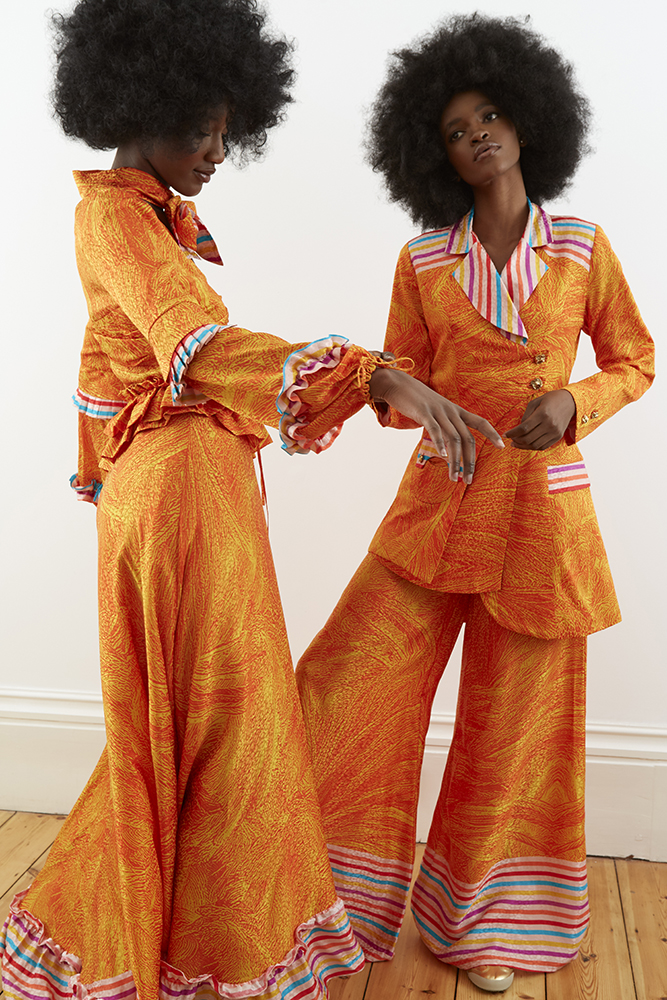 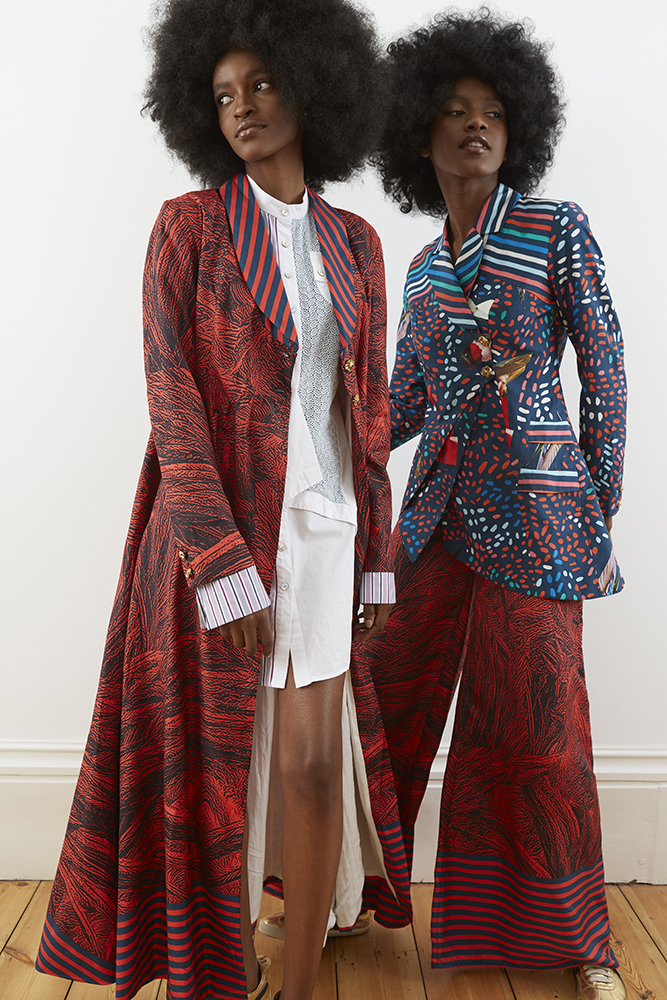 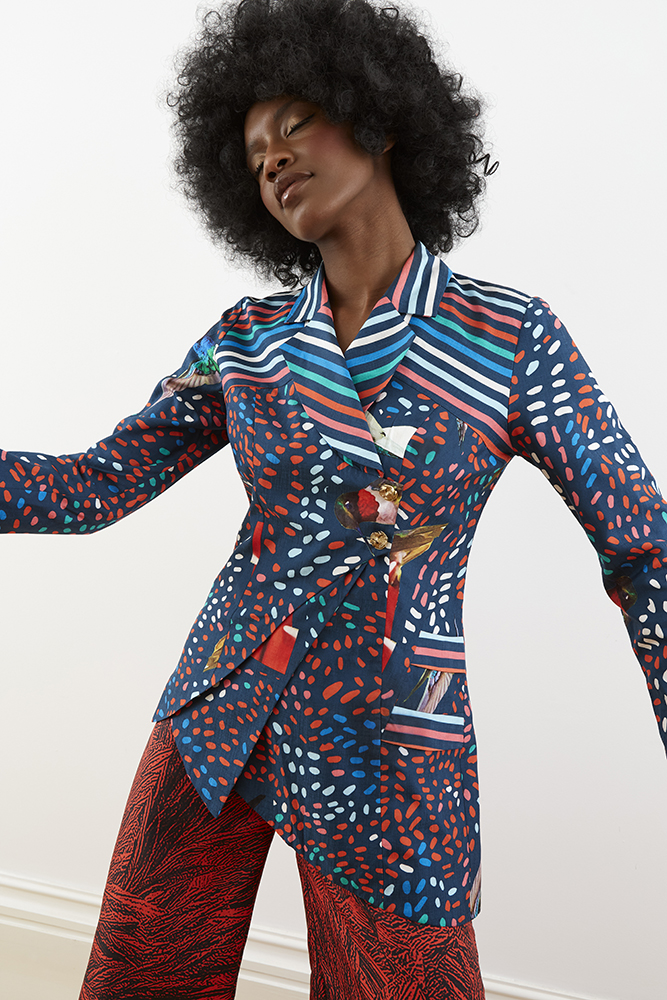 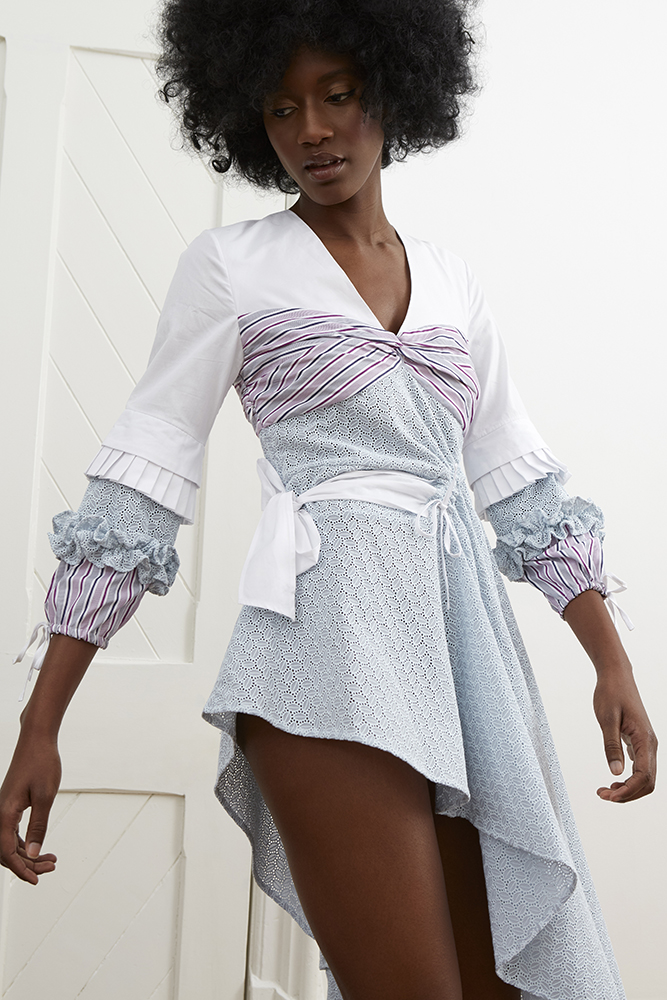 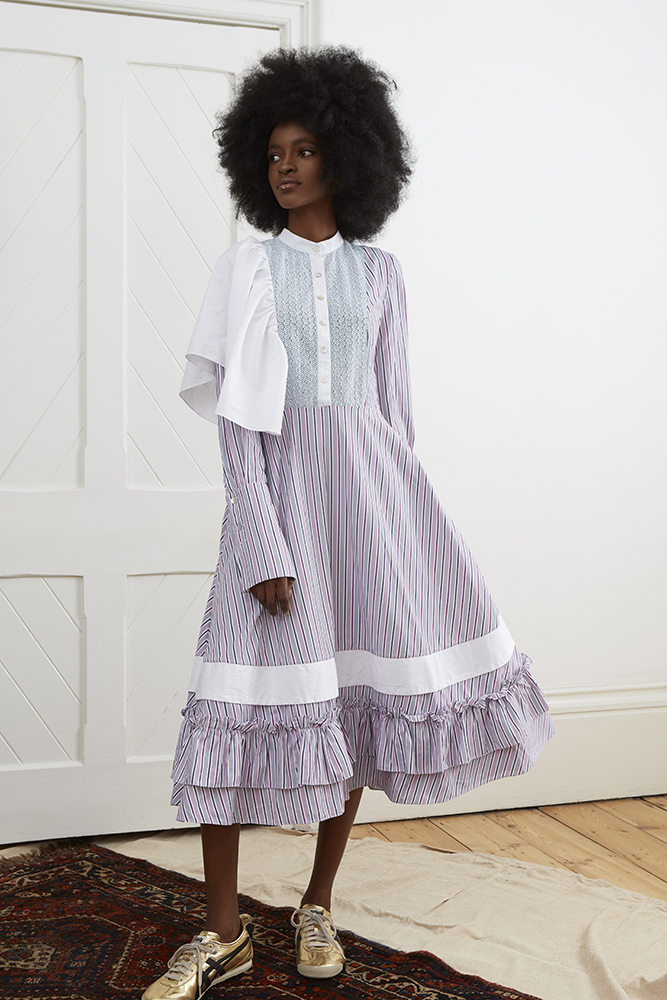 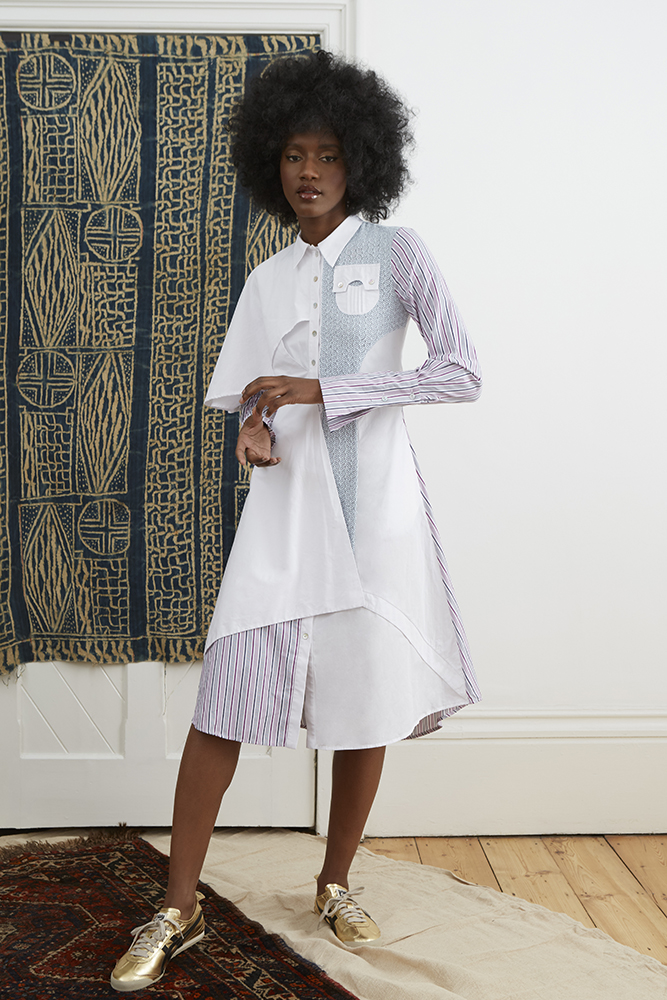