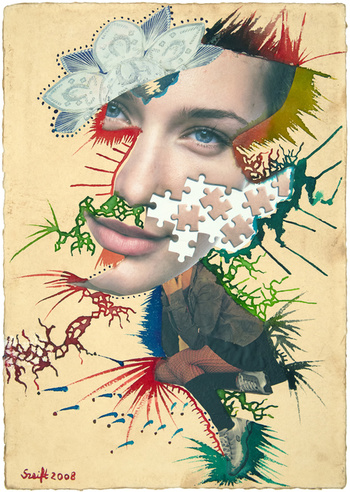 Acknowledged as one of Hungary’s most notorious outsider artists, Bela Szeift, who was born in 1944 and passed away in 2012, was an individual of isolation albeit conducted his craft that attracts much attention amid the world of creative painting. His figurative drawings and watercolors that are artfully positioned onto different canvases illustrate the unique practice of mixed media in images that evoke a haphazard and abstract portrayal.

Channelling a collage-style aesthetic that displays various image cut-outs of miscellaneous faces, body parts and objects along with original sketches rendered in a riot of vivid shades, Bela Szeift exhibited a series of chaotic pictures that are abundant in character and ingenuity.

Independently operating his craft in Budapest, Szeift worked completely outside of the fine art scene, although not to his choosing, as he found himself subsequently rejected from his art minded group, therefore existing in a somber state of segregation. On a more uplifting note, Szeift’s career commenced as an art teacher in a high school situated in Budapest, a journey he chose to embark on for a number of years. His works of art began to attain acknowledgment during the late 1960’s when he was in the mist of his 20’s. It was throughout the 60s-80s Hungarian culture period that Szeift’s mixed media arts functioned outside of what was consented and probable both artistically and politically.

The artist’s life took a vicious detour amid the 70s, where he depended heavily on alcohol, sadly lost everything and was subjected to a life that mostly saw him existing on the streets. Despite such a sorrowful survival, Szeift attained his passion for art and was frequently spotted at Budapest’s Ecseri flea market creating new imagery for onlookers to spectate. Local collectors from Budapest employed an interest in Szeift’s artisanal aesthetics and continued to support his craft.

Although an outsider, Bela Szeift’s commitment towards art and advocating originality will be remembered for years to come. 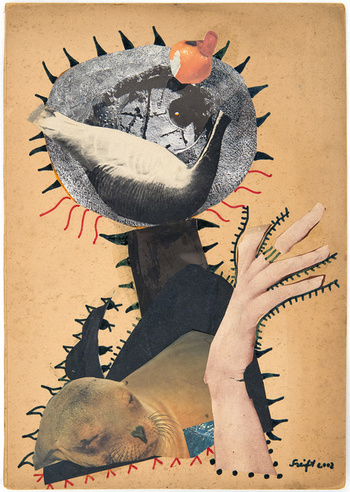 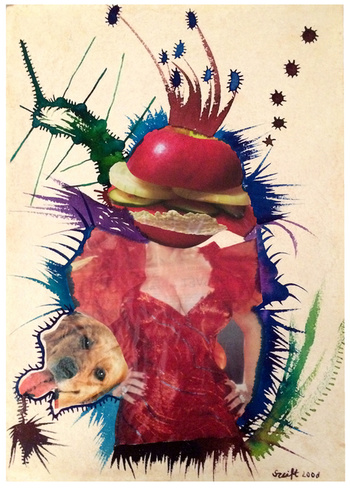 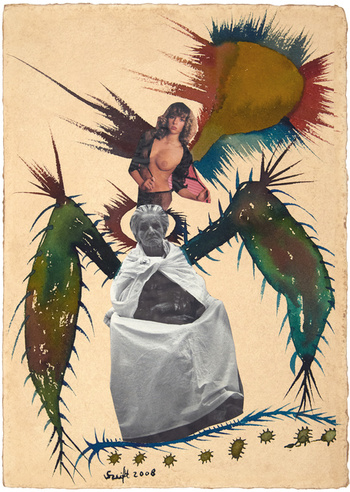 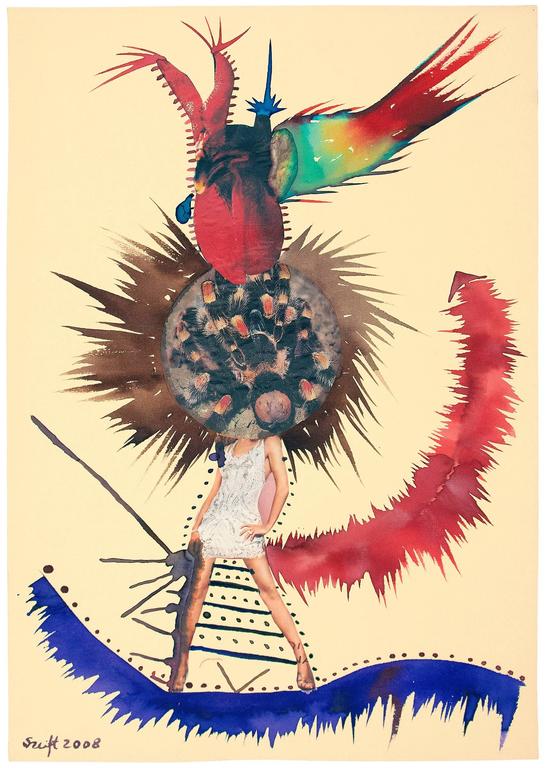