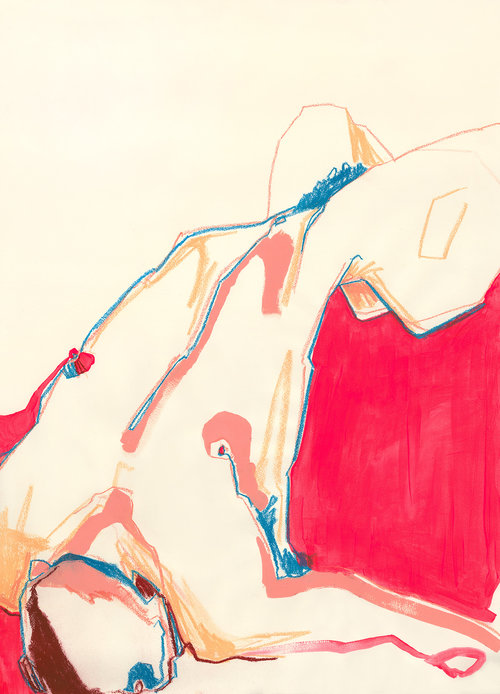 The worlds of fashion and art have always been closely intertwined. With the works of designers such as Rei Kawakubo, Rick Owens and even the late Alexander McQueen obscuring the line between fashion and sculpture. For many, these masterworks start life as a humble sketch, an artwork in itself that provides the basis for their final vision. In the case of London based illustrator Jessica Bird, however, fashion was merely a starting point, working alongside some of the cities most respected designers, before finding her calling as one of Britain’s most visually exciting young artists.

Born and raised in Scotland, Bird’s creativity was actively nourished and encouraged by her mother from a young age. She would often spend her school holidays in Dundee with her uncle, the ceramicist Stephen Bird, crafting and painting works of pottery at WASP Studios. His bold use of color and scintillating creativity, although being in a different field to Jess’ illustrative works, left a lasting mark on the young artist. With bird attributing her vibrant choice of hues as a direct result of working alongside her uncle. She felt at home in the studio and knew that one-day, this would be the kind of environment that she herself would like to create and strive in.

Upon graduating high school, Bird accepted a place to study women’s wear design at the prestigious Gray’s School of Art in Aberdeen. It was here that she honed her skills as a creative up until 2014. Upon graduation, Bird completed a multitude of internships in London and Paris, including working under the mentorship of design houses Roksanda and Jonathan Saunders, who’s heavy focus on color still act as a source of inspiration for her works today. 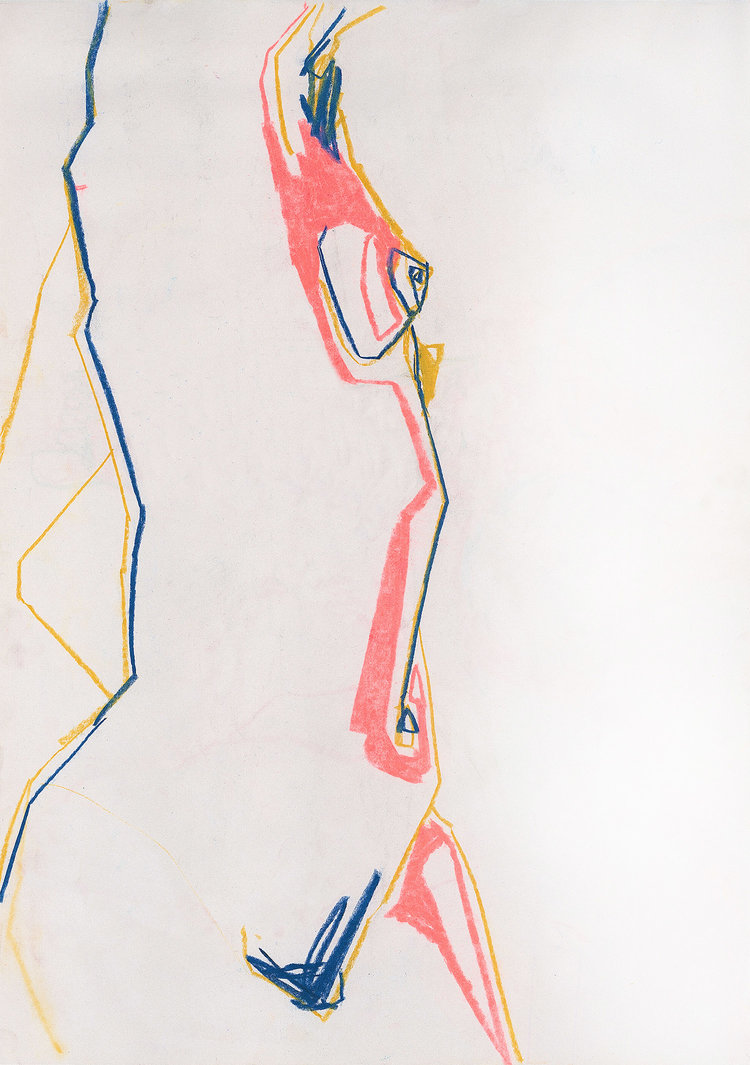 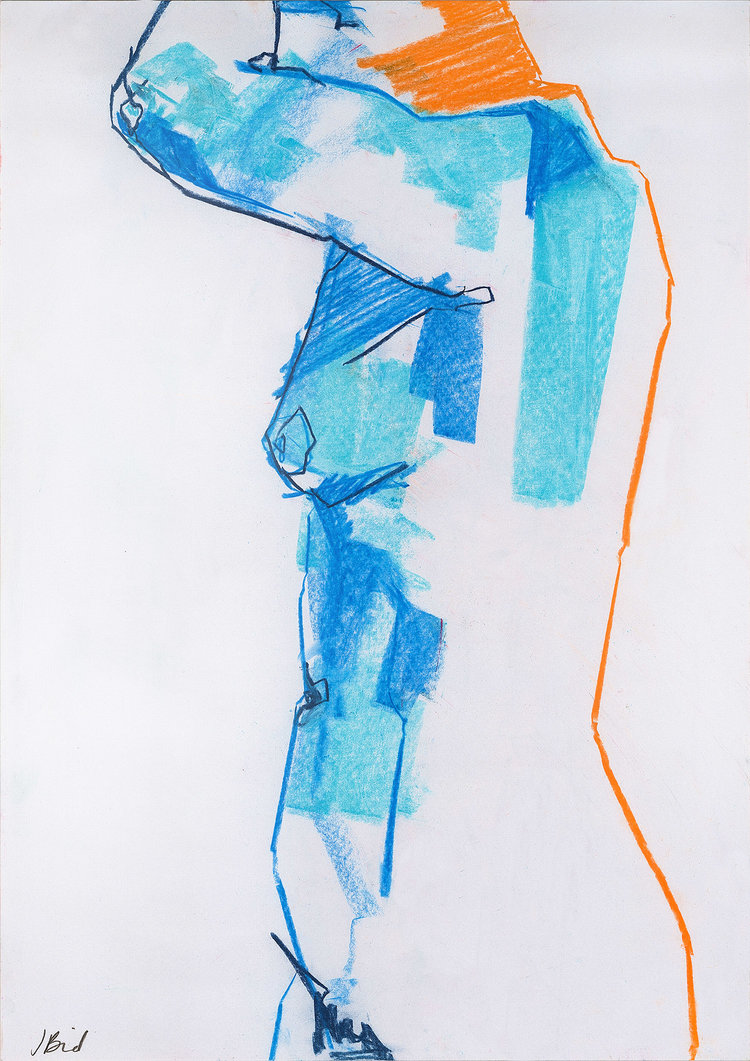 Following her internships, Bird went on to work as part of the British tailoring house Joshua Kane, where she took the dual role of Assistant Designer and Press Manager for almost 2 years. It was during this period that Bird reignited her passion for life drawing, a skill she had become closely acquainted with during her studies. The two and a half hour weekly classes acted as a form of refuge from the otherwise hectic and somewhat unforgiving world of fashion. Giving her time and space to explore and develop her individualistic drawing style, the quick nature of which brought about a uniquely confident quality of line, a far cry from the design worlds precious approach to illustration. She began incorporating the use of vibrant chalks into her work as a means to further explore the relationships between hues, drawing inspiration from fashion collections and personal images as a basis for her color combinations.

Since leaving Joshua Kane, Jess has continued to go from strength to strength, working on commissions for brands such as E. Tautz, for whom she illustrated their showroom’s window display in Mayfair and appeared alongside fashion illustrators Cecilia Carlstedt and Amelie Hegardt as part of the hugely successful ‘Go Figure’ exhibition in her native Scotland. Her work, whether it be her nude studies or her fashion portraits, are an exhilarating lesson in color and form. They are the sort of pieces that leave a lasting, joyous impression on the viewer. Inspiring others as she herself has been inspired! 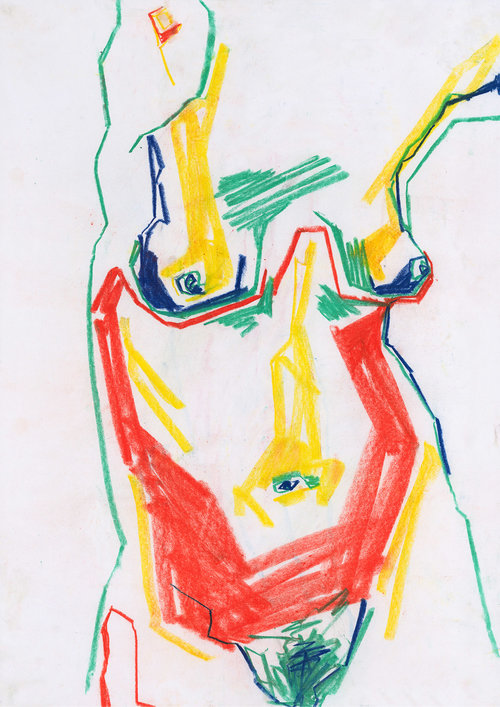 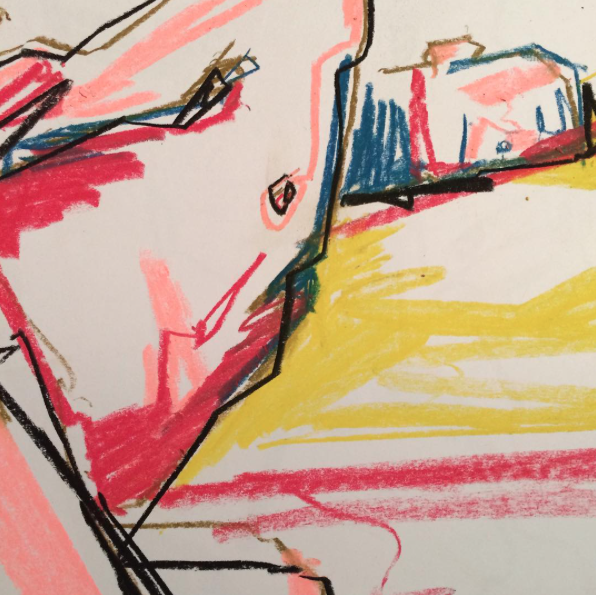