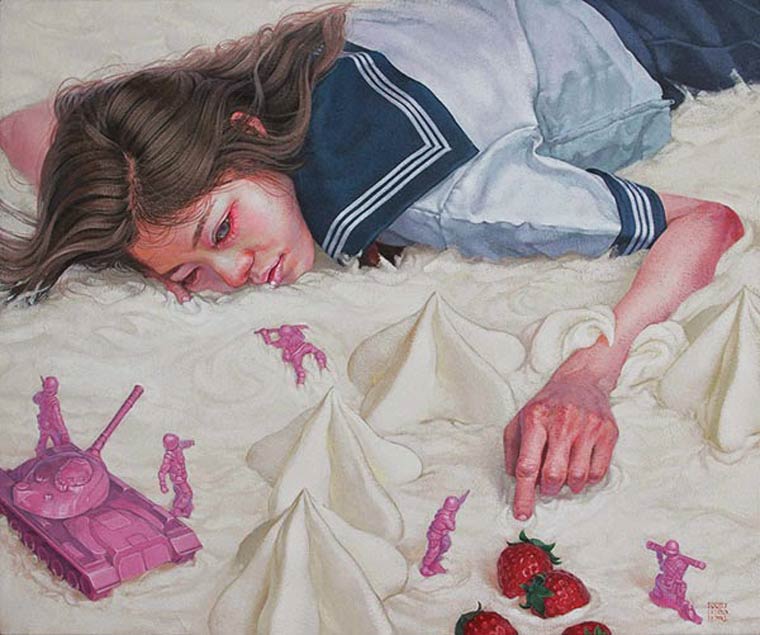 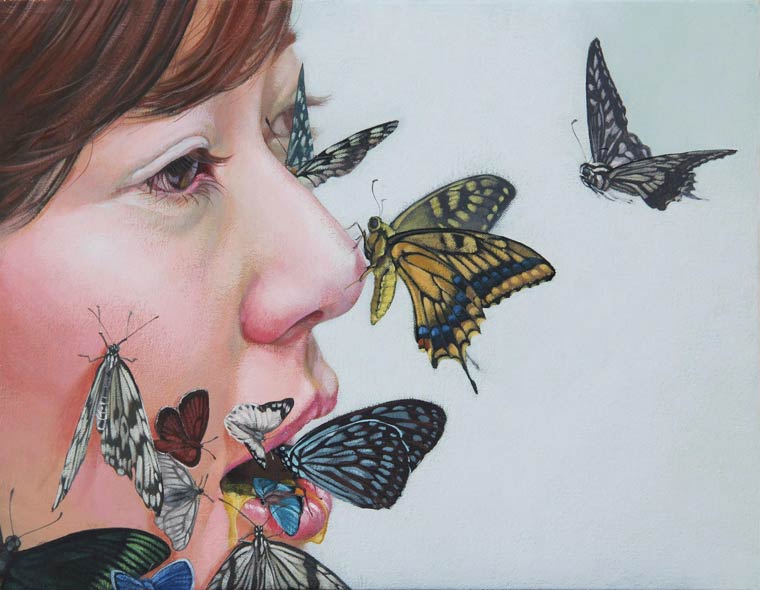 In the eyes of Japanese fine artist Kazuhiro Hori nothing is quite as it seems. The fragile line that separates the pure from the grotesque is a plaything to him. It is a knotted yoyo string, twisting and snaring as it hangs in suspension within saccharine sweet dreamscapes whose themes are every bit as real as they are fantastical. Hard-hitting and often ‘problematic’ conversation points are made more palatable through the ritualistic offerings of colorful confectionary that surround his muses, as their loss of innocence is thrust center stage and we are forced to analyze the way our societies treat and view the feminine form.

The sexualisation of young women is sadly nothing new and has historically been rife within almost every culture internationally. The male gaze has dictated the way in which girl’s bodies are viewed, objectified and in many ways commoditized, with the idea of virginity and purity being heralded by many cultures as the ultimate prize. It is a globally recurrent theme, springing up in art and history across the globe, with possibly the most notable being Vladimir Nabokov’s seminal novel ‘Lolita’, a work that has heavily influenced an entire sub culture in Japan.

It is from these circumstances that Hori finds his protagonists. Young women in sailor style school uniforms. Cream covering the corners of their mouths, as their real life predators take the form of plush toys and demonic teddy bears, which trap their prey within lollypop cages. Pinning their limbs to the floor with candy cane cuffs to enable an onslaught of degrading behavior and sexual harassment.

Hori uses the puerile style of contemporary pop surrealism to soften the blow of his very pressing themes, such as suicide (as seen in the abundance of cleverly positioned pills and blades), mental health and rape culture. Themes that, quite frankly, are very much universal and it is through his practice that Hori is attempting to draw his viewers in in order to create a discussion on topics that urgently need to be addressed. 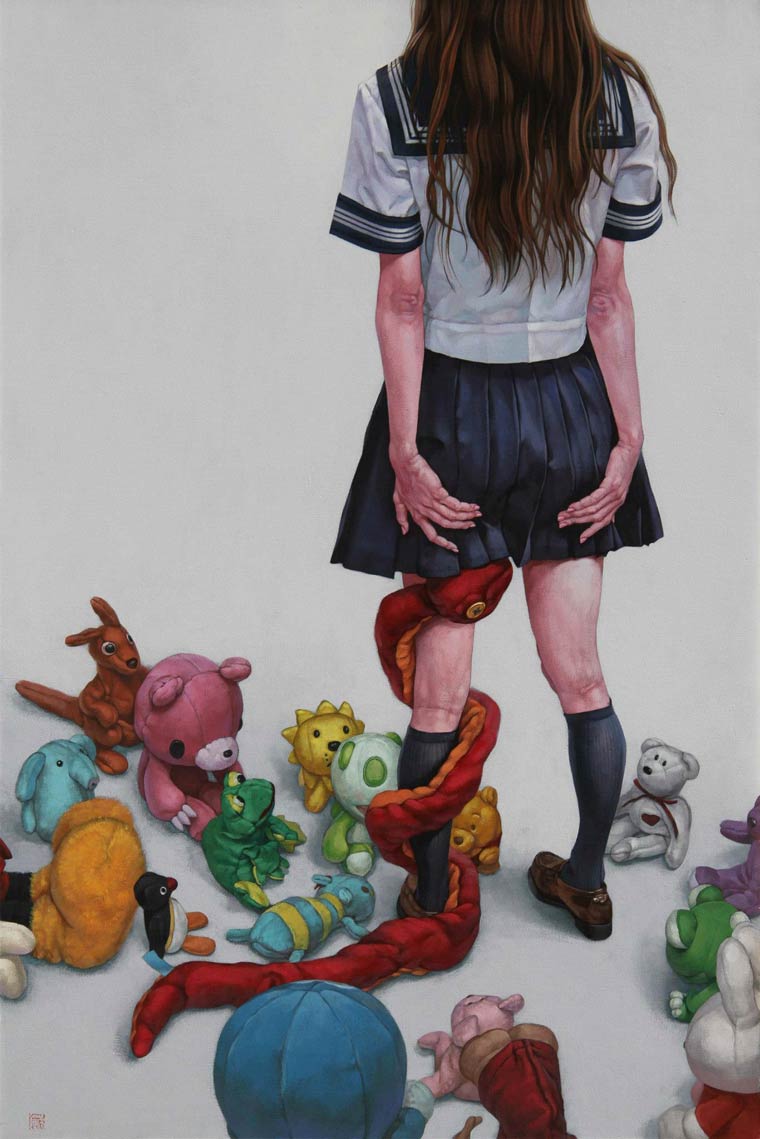 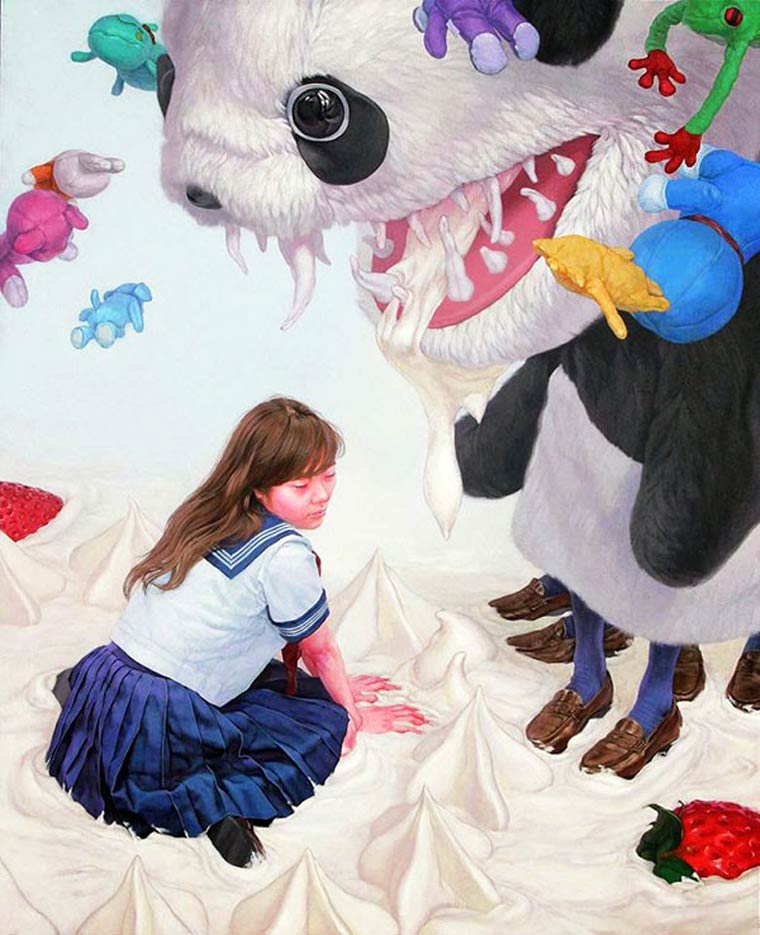 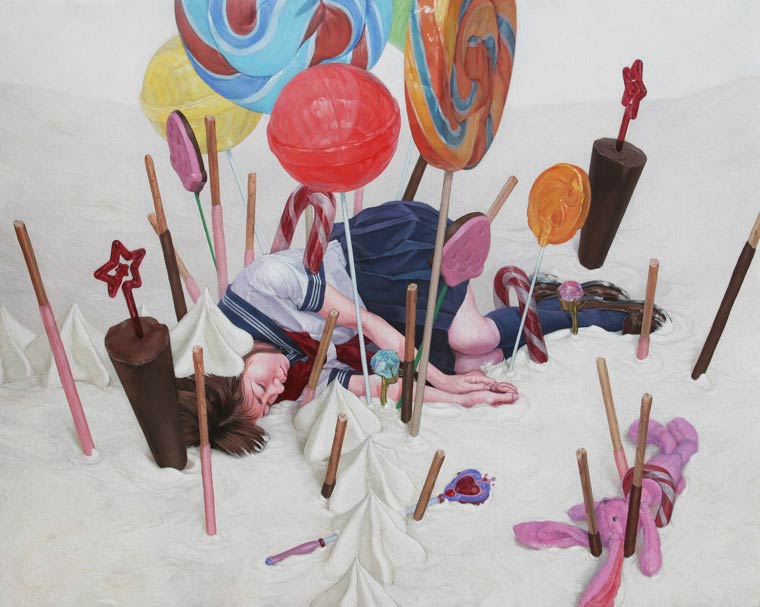