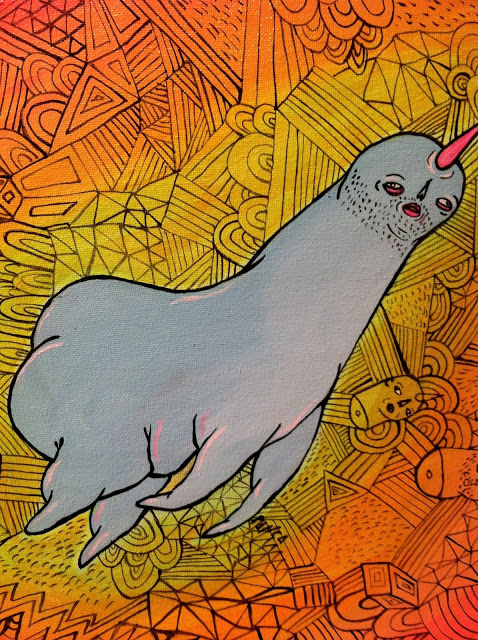 When considering Tijuana, after copious amounts of drugs and alcohol, art would be the last thing to spring to anyone’s mind. But infamously elusive ‘donkey shows’ and said donkeys painted like zebras aside, the Mexican/American boarder city seems to be harbouring an absolute creative gem. Her name? Panca!
With all this considered, the works of Paola ‘Panca’ Villasenor are every bit as vibrant and immersive as her city of origin. Choosing to work predominantly through the non-traditional medium of street art, Panca creates mesmerizing large-scale murals and illustrations. Which, whilst captivating through their striking use of saturated colour, transport the viewer to the lucidly nightmarish visions of the artist mind. Drawing us into an acid trip realm, where torment and disfigurement are the norm and all is not what it seems!