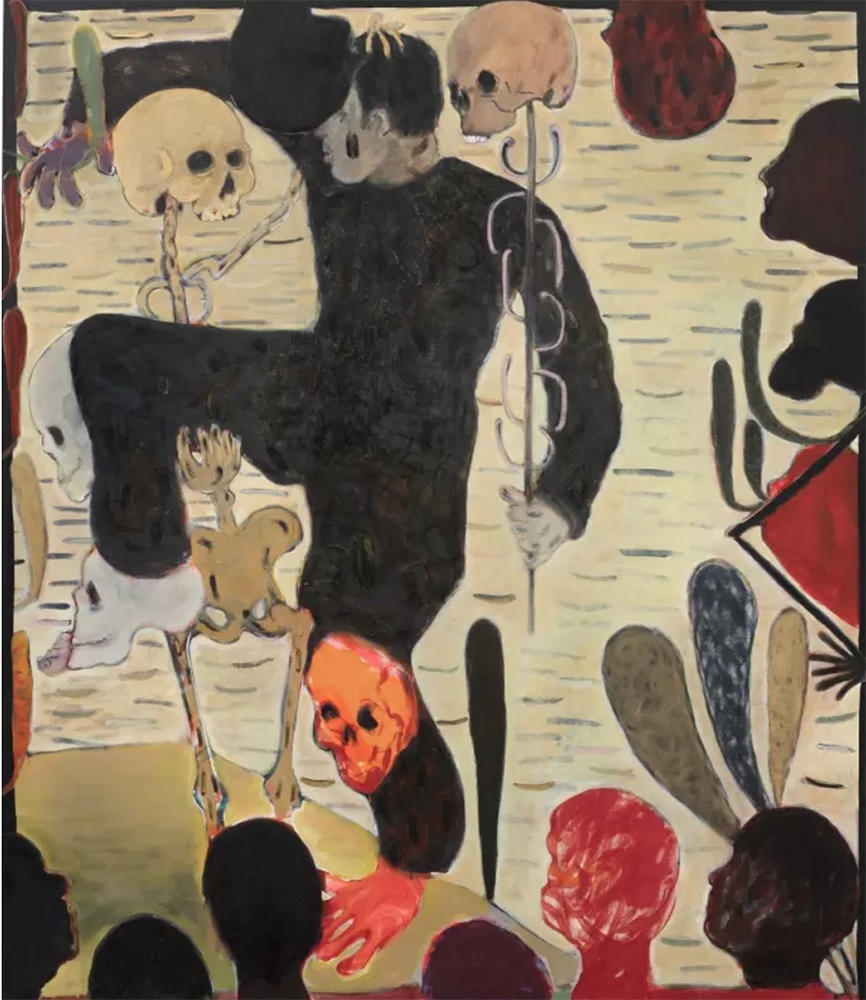 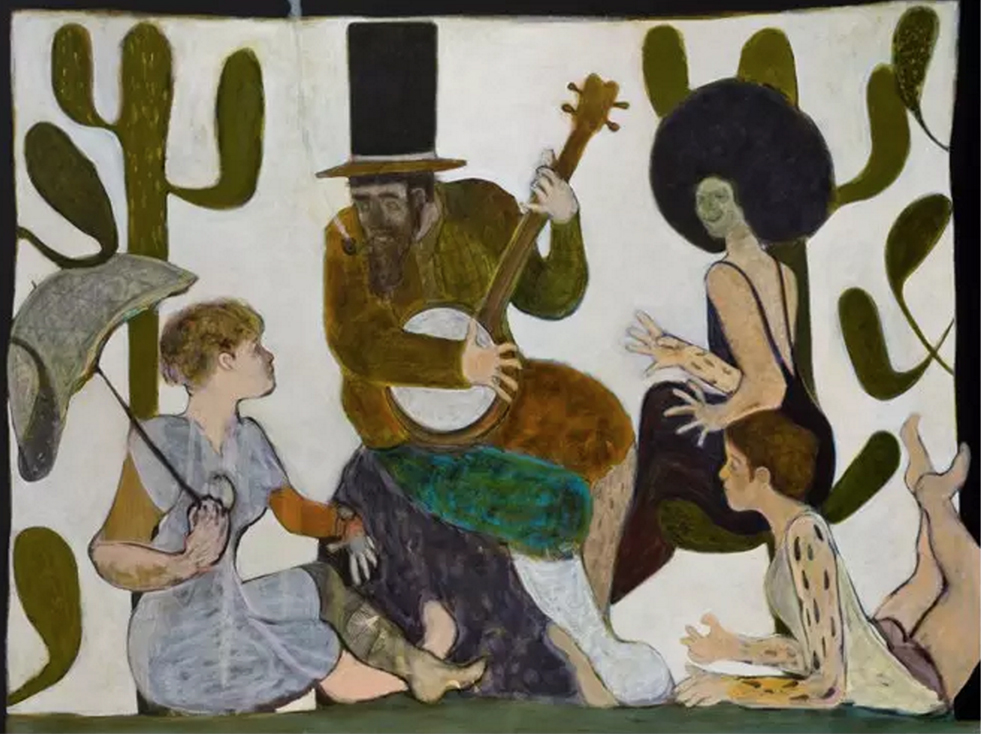 Oil-based artist, Ryan Mosley was born in 1980, Chesterfield, UK, and currently lives and conducts his artworks in the city of London. Fundamentally inspired by a feeling of the carnivalesque spirit, each of the canvases from Ryan Mosley illustrate invented characters and rituals encompassed in a surreal universe that is equally indicative of portraying archaic and futuristic elements. The creative development of his definite theatrical subjects is brought to life amid a technique of painting that is spontaneous and imbues a free animated zeitgeist.

“They appear on the canvas, worked, reworked, painted over, feeding on mistakes”, explains Mosley. Radiating the illusion that the characters are engaged in conversation could equate to their energetic portrayal, or similarly, they also could appear to be interpreting a performance whilst on stage. The process that each painting goes through translates as being organic: the artworks frequently commence with an idea for the narrative, as one would commonly assume but then occasionally, depending on the paintings gradual progression, the narrative emerges mid-flow without such warning. 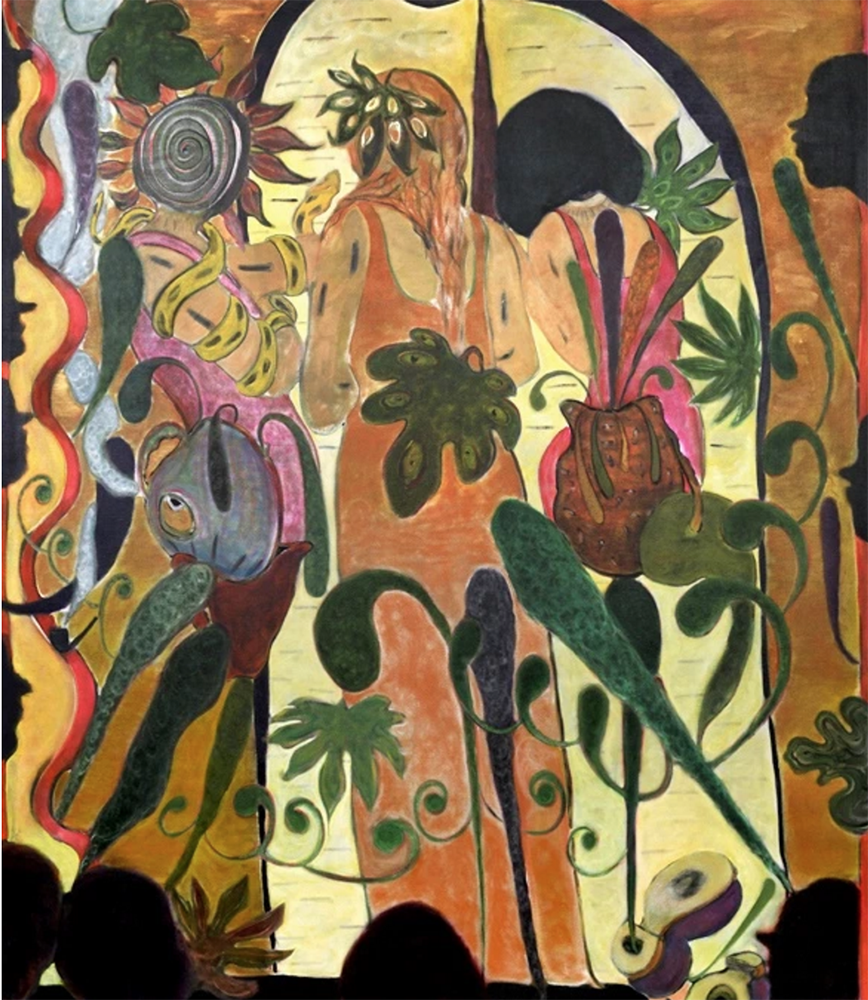 The paintings that demonstrate the latter include ‘Emperor Butterfly’, 2007, where the artist employs a layering of drawing applied with a paint brush and aesthetical gestures emerge, exposing as a figure who acquires multiple limbs. Mosley describes, “It’s like a pseudo-religious character or a mythic anthropomorphic figure, like a butterfly, or chrysalis transforming. The butterfly motif is also like an authoritative stamp.”

‘Empress Butterfly’ 2007, is said to be a partner painting to ‘Emperor Butterfly’, albeit, Mosley makes the decision to blur the lines of his non-gendered figures, as when painting masquerade or carnival topics, he finds it difficult to keep his distance from transvestitism ideas. Men and women are painted with equal measurements and fail to depict a specific genders beauty over the other.

Mosley’s decision to follow his artistic vocation started whilst studying and working as a security guard at London’s National Gallery, where he engulfed inspiration from the works of classic masters that surrounded him. And the rest, as they say, is history. 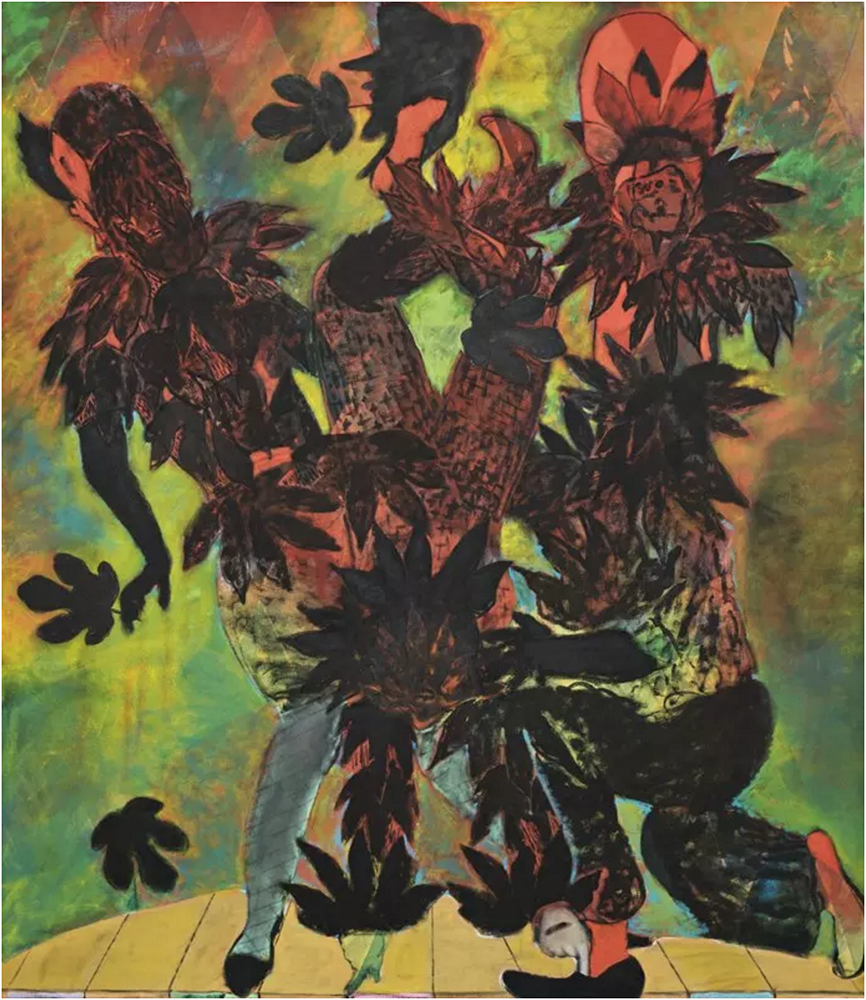 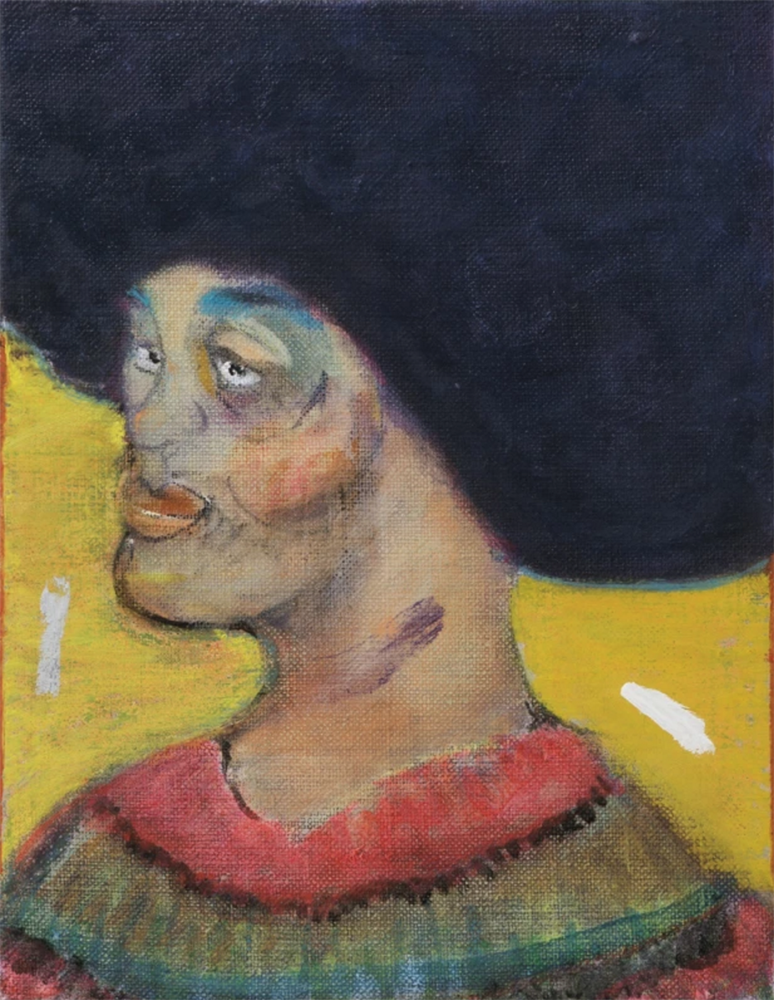