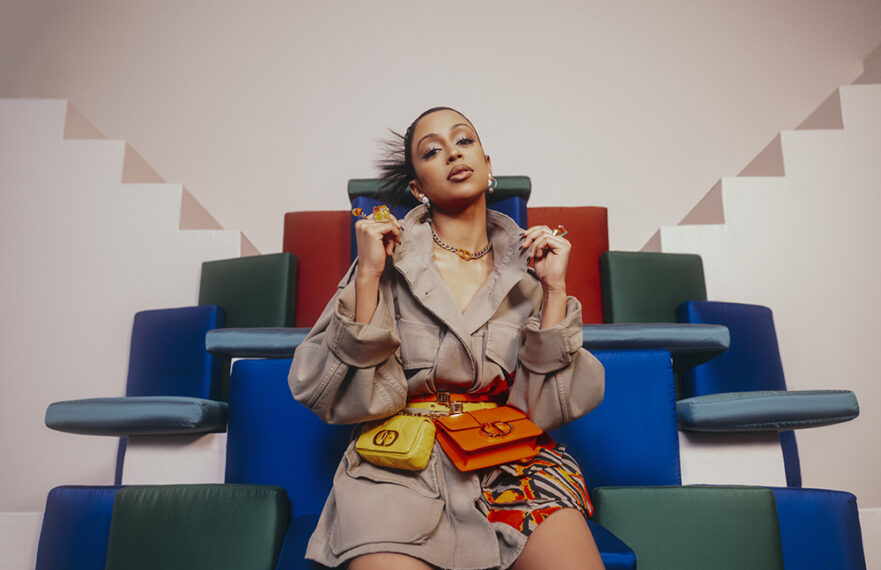 The fantasy of Hollywood stardom is playing out a lot differently these days. Just ask 25-year-old Liza Koshy, a self-made comedian, actress, and TV host who went from posting wacky viral videos on Vine to headlining her own YouTube Original comedy and interviewing former president Barack Obama in a few short years. Like many creators in the social media age, Koshy has virtually sidestepped the gatekeepers of the entertainment world by building an online following that’s simply too impressive to ignore.

Imagine a petite, quirky young woman with no filter running wild within the labyrinthine wonderland we know as IKEA. A normal shopping trip for anyone else becomes an absurd escapade for Koshy who revels in bad puns, turns furniture displays into her personal stage, and snacks on the store’s signature dish while proclaiming, “No other balls on earth make me this happy.”

Koshy’s carefree and rambunctious form of comedy is exactly what a lot of people need right now at a time when there’s so much gloom hanging over our everyday lives. One second, she’s documenting herself jumping out of an airplane, and the next moment, she’s taste-testing pickles or dancing with jugs of milk at the grocery store.

“It's an honor,” says Koshy. “I know I provide relief, the same relief I get from other entertainers that help me get through the day.” The gags feel easy and off the cuff, but the budding star’s inclusive sensibilities, down-to-earth personality, and total willingness to be unapologetically ridiculous make it clear that plenty of thought goes into her comedic creations.

Watch a mere 10 seconds of one video, and you’ll quickly agree that making people laugh is what Liza Koshy was born to do. If that isn’t enough to convince you, just consider that her two YouTube channels — Liza Koshy and Liza Koshy Too — have a combined total of nearly 25 million subscribers. And based on her relatable topics and sharp comedic instincts, Koshy landed an enviable three-season run of her own show “Liza on Demand.” From 2018 to 2021, the YouTube Premium series chronicled the mishaps of a flighty gig worker struggling to make a living by doing inane tasks for patrons who range from narcissistic to dense to downright sketchy. 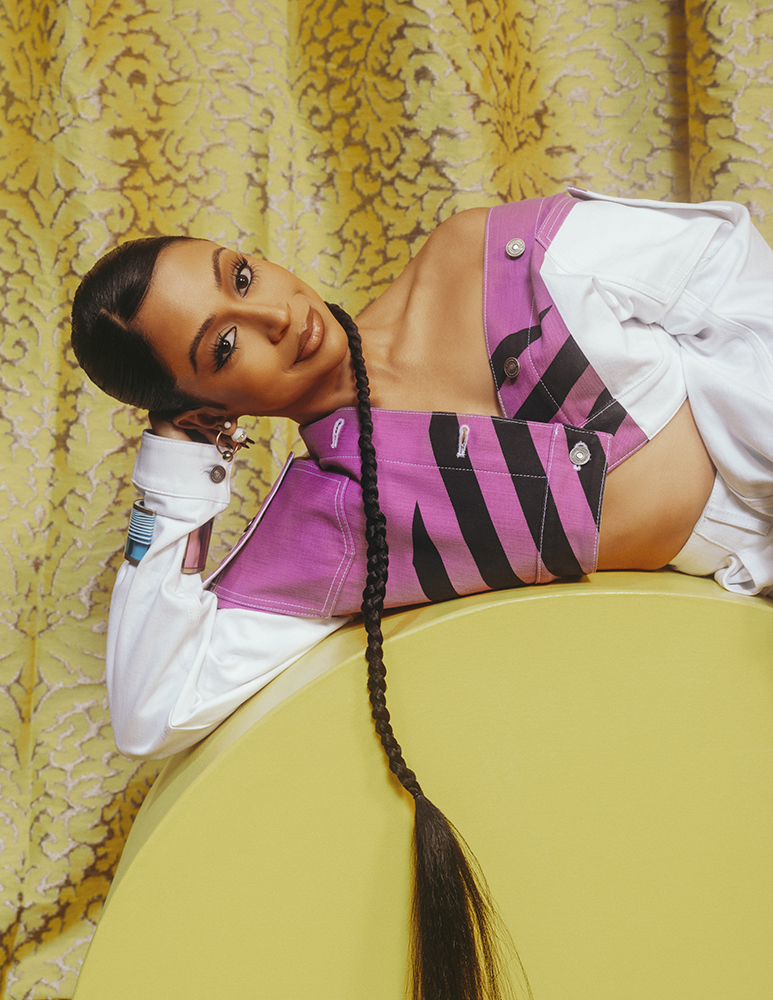 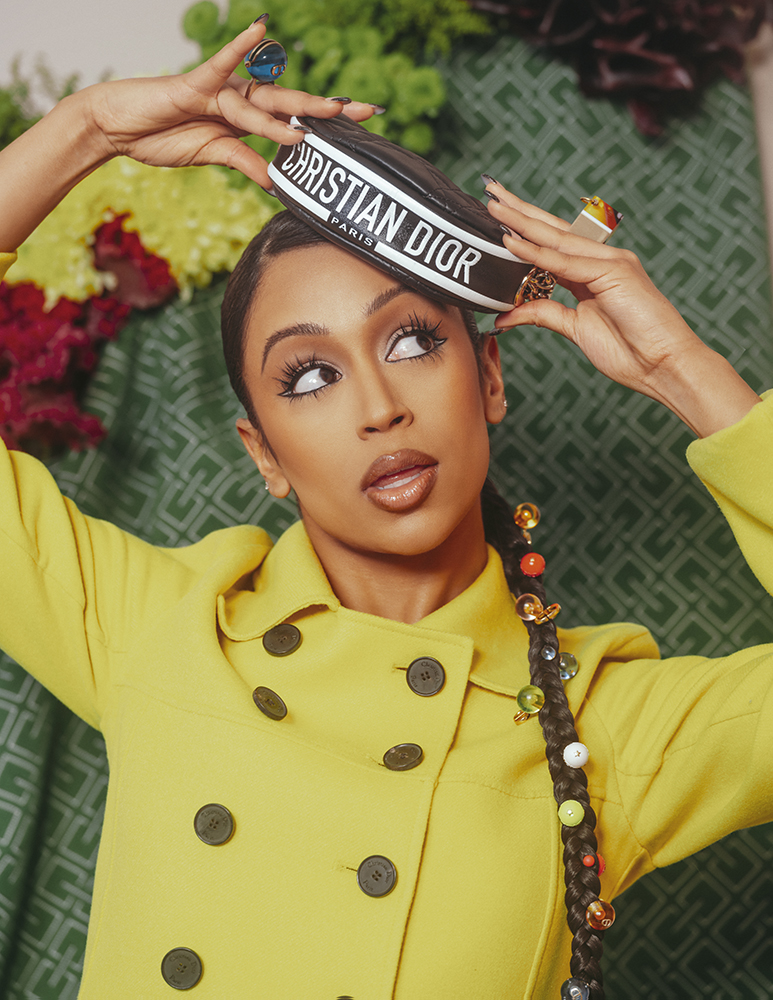 By then, Koshy had a reputation for her nutty facial expressions and kooky physical comedy. Although her big brown eyes are undeniably beautiful, the comic has no problem bulging them out to over-the-top proportions or looking cock-eyed and giddy while throwing herself into one awkward scenario after the next. You’ll also catch her switching between fast-paced, clownish voices and humorous impressions or frequently breaking the fourth wall to make sure you know all the outrageous thoughts going through her head at any given moment.

Despite her unconventional rise to fame, Koshy has found herself gracing the 2019 Forbes 30 Under 30 list and the Time list of Most Influential People on the Internet. So, how did this fast-rising influencer turn her capricious sense of humor into a relatable brand?

For one thing, Liza dishes out the kind of shameless authenticity that appeals to millennials and Gen Z. Koshy is part of a growing cohort of female comics and actresses who reject the idea that they have to play it safe, be proper and restrained, or hide the goofy, messy parts of their character from public view. She’s not afraid to be honest and speak on topics that are important to her, but she’s just as likely to celebrate being foolish, imperfect, and loud. Even in a makeup and skincare tutorial for Vogue, the offbeat actress can’t help taking a break to “do some weird shit in the background” (a.k.a. twerking).

Born Elizabeth Shaila Koshy, the multi-talented actress grew up in Houston, Texas, with her two older sisters, her father Jose, and her mother, Jean Carol. In high school, Liza was captain of her dance team and already accustomed to performing for eager audiences. “When I was 5 or 6 — I can't remember what I was doing — but I was with my family, and I remember that my uncle called me 'quick.' And that just really stuck with me."

As a teen, she got her start on Vine in 2013 when the video hosting site was still relatively new, and she became an early trendsetter. While her debut video was just a fun impromptu dance on top of a car, she soon realized she enjoyed entertaining people with hilarious skits. By the time Vine went out of business in 2017, Koshy’s channel, Lizzza, had racked up a fanbase 7 million strong.

With no intention of slowing down, Koshy transferred her one-woman act to YouTube. Calling herself “Liza the little brown girl,” Koshy, who is of Indian and German descent, skyrocketed in popularity as her videos reached a bigger audience. On the personal side, the recent high school graduate had just begun to study business marketing at the University of Houston. With her family’s blessing, she left school in 2015 and moved to Los Angeles to go all in on her career. 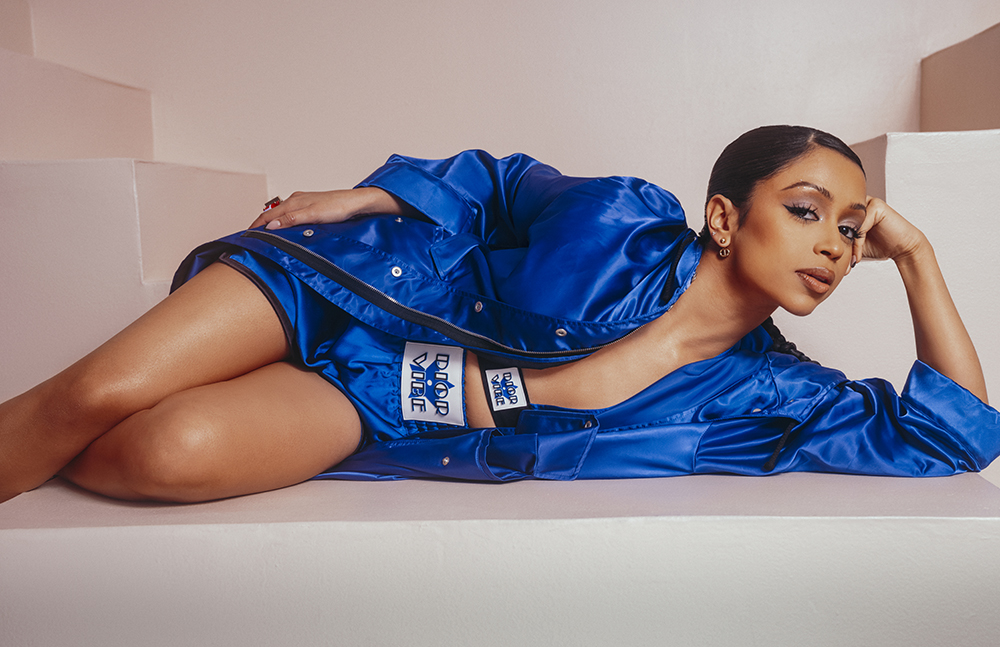 And the gamble paid off. By 2017, Liza was recognized as the “fastest YouTube personality to reach 10 million subscribers.” At this time, Above Average, the Lorne Michaels-backed media studio, took notice of Koshy’s success and wanted to recruit emerging voices for its original YouTube programming. Not only was “Liza on Demand” the most watched YouTube debut in its second season with 25 million views, but Koshy’s performances helped her win Streamy Awards for Instant Breakout Creator, Best Comedy Series, and Acting in a Comedy.

Along the way, the gigs kept rolling in (and making her face increasingly recognizable in mainstream pop culture). In 2016, she appeared as Aday in “Boo! A Madea Halloween” and starred as Violet Adams in the Hulu Original horror series “Freakish.” She went on to play a lead role and showcase her dancing background as Jasmine Hale in “Work It,” a Netflix Original movie about a ragtag dance team. Soon, Koshy is set to star in the 2022 Tom Ellis-led comedy, “Players,” and the upcoming psychological thriller, “Cat Person.” She’s also continuing to grow her entertainment career as a voice actor.

Throughout this journey, Liza’s resume expanded to include one enviable hosting gig after the next. She co-hosted the Golden Globes pre-show in 2017, interviewed celebs on the red carpet at the 2018 and 2019 Met Galas, and killed it alongside Ryan Seacrest at Dick Clark's New Year's Rockin' Eve in 2021. She also helmed the Quibi dance contest “Floored” in 2020 and the reboots of “Double Dare” on Nickelodeon (2019) and “Total Request Live” on MTV (2017).

True, it’s rare for a social media influencer to completely cross over to the big leagues the way Liza has, but stories like hers aren’t the stark outlier they once were. The internet has become a proving ground for entertainers who are willing to take chances, step way outside their comfort zone, and come up with innovative ways to humiliate themselves for our amusement. For Liza, sometimes those golden moments will involve farting through yoga, failing miserably at martial arts, or doing other normal things…weirdly.