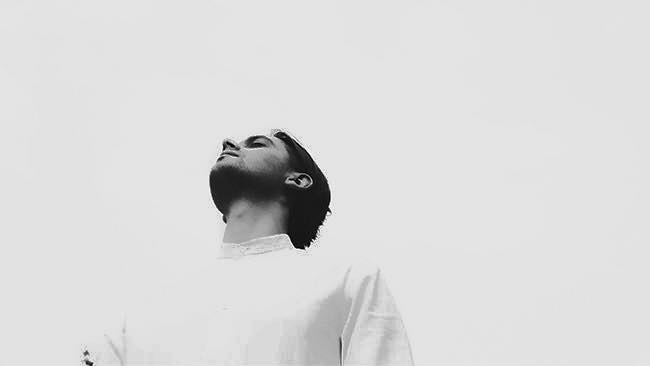 The occasions on which I stumble across a voice that makes me cease what I am doing, and then continues to hold my often-wavering attention, are few and far between. But as I trawled the countless pages of tripe available on SoundCloud I miraculously happened upon such singer. The sort of musician whose vocal style lures you helplessly into their hauntingly passionate vision. With a vibrato that has the power to move the molecules of your muscles and a seductive timbre that caresses your eardrums, like silk across the skin of your neck.

The musician in question is, of course, none other than George Cosby, the Londoner whose arresting vocals and utterly engrossing musical style has already seen him lauded by tastemakers and critics alike. As well as catching the attention of fashion giants Burberry and Barbour, both of whom have invited Cosby to perform as part of their live sessions, with the musician being featured on Burberry’s ‘Burberry Acoustic’ channel twice. This, along with a string of live appearances, including Amnesty International’s #GiveAHome show (a series of intimate gigs which is set to take place internationally on the 20th of September in aid of the 20+ million refugees worldwide) have earned Cosby a place on Radio X’s list of the ’20 Best New Artists of 2017’. And have seen his latest EP ‘A Savage Kiss’ launched to critical acclaim.

Delicately composed, Cosby’s arrangements is a bold testament to love, desire and the human experience. Soulfully woven into a colorful tapestry of sound that envelopes the listener with every heartfelt note. His work is intimate, yet grandiose, with every song being semi-autobiographical in nature and every bit as enthralling as the last!

‘A Savage Kiss’ is available to purchase on iTunes & Spotify.