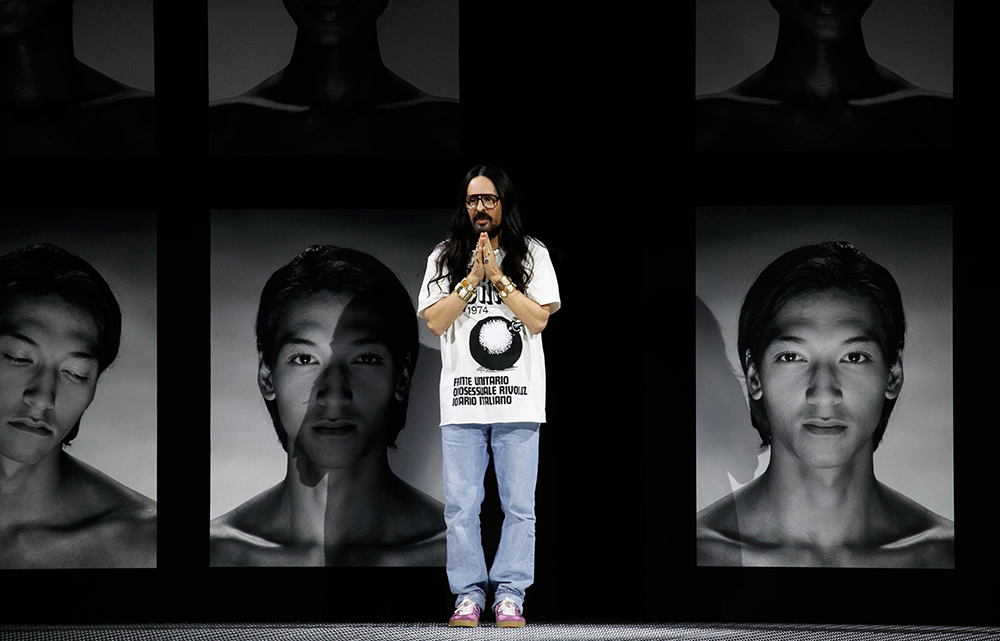 There must be nary a dry eye at Kering today. Instead, the luxury giant is contemplating its future without the help of cash cow designer and creative director, Alessandro Michele, who announced two days ago that he is leaving the fashion house. Of course, Kering will replace Michele with a bright young fashion school graduate – because in corporate America, or England, for that matter – nobody one is irreplaceable.

Like a cat, Gucci has had many lives in its 64-year history, including family feuds, take-over attempts, a near-bankruptcy filing, a public listing, storybook turnarounds, and even a murder. For all intents and purposes, the company was declared dead when Bergdorf Goodman executive Dawn Mello plucked an unknown Tom Ford from Parsons School of Design, giving him complete creative control to evolve the brand. The rest is history. Fast forward to 2022, and Sara Gay Forden's [my former colleague at WWD and W] insightful book, "The House of Gucci" was released, directed by Ridley Scott. The blockbuster film starred a scene-stealing Lady Gaga as Patrizia Reggiani, the murderous ex-wife of Gucci founder and designer Maurizio Gucci.

Ford plays a pivotal role in the film, paving the way for Michele's singular vision for the brand. Founded by Guccio Gucci, who, as legend goes, in 1897 was a bellboy at London's sophisticated Savoy Hotel, where he was inspired to create Gucci by the luxurious suitcases and trunks of the aristocrats staying at the hotel. Ford associated the brand with luxury and aristocratic pastimes, such as horse-riding, which gave rise to the brand's signature horse-bit decorative hardware on handbags, luggage, jewelry, and apparel.

If Ford paved the way for Michele, the younger designer took the reins and confidently got off and running. Inspired by nature, Michele introduced motifs borrowed from herbs, plants, flowers, horses, serpents, and other animals. The aesthetic struck a chord with Baby Boomers and Millennials, who were nostalgic for the brand's signatures, which reigned when they were infants and toddlers.

The aesthetic of the two designers couldn't have been more different. Ford favored a sleek "disco" club look featuring sexy and slinky silk dresses with few embellishments. Gucci's popularity shot up immediately. If Ford was a minimalist, Michele was a maximalist in the best sense of the world. 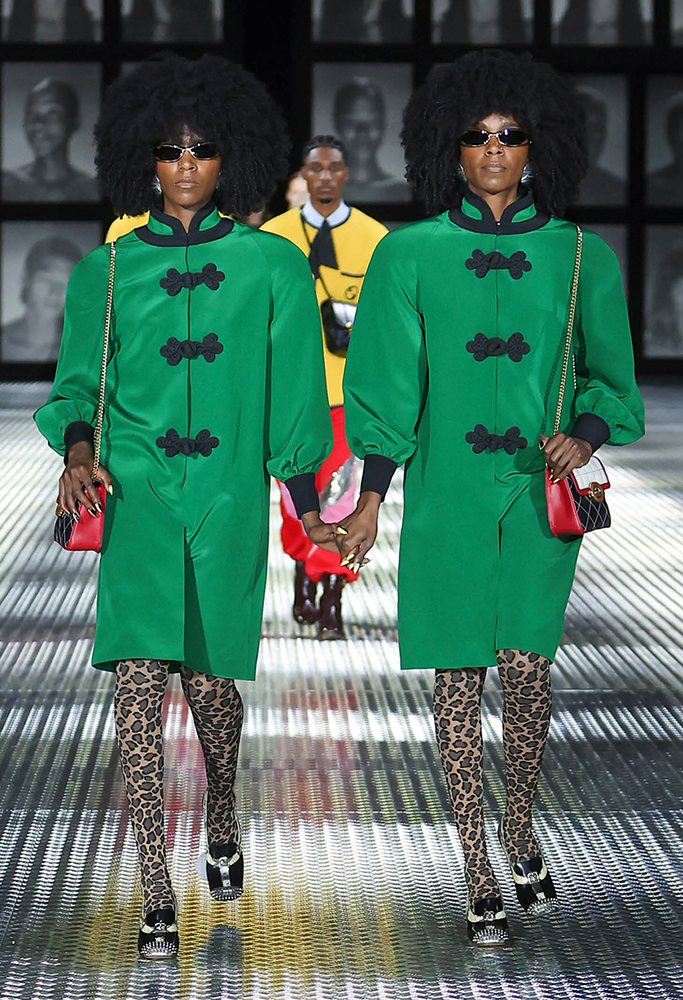 Michele's penchant for the natural world manifests itself in his signature bees, buzzing across small leather goods and handbags, including the now-iconic snake handbags with heavy metal serpents gracing the front of the handbag.
Michele revisited Gucci's iconic double G logo, canvas bags, and horse-bit loafers, which in his quirky hands became fur-lined slippers and clogs, further driving sales of the accessories division — historically the cash cow of the brand. Logo bags came next hand-painted with flowers or embroidered with giant insects — a theme Michele continued to explore during his time at Gucci.

Michele in 2015 was plucked from the ranks of Gucci's leather accessories division, where he worked under then-creative director Frida Gianninni. Michele's style helped Gucci to regain its place in the fashion pantheon by attracting a younger customer. The house's double G logo and iconic horsey imagery fueled the brand's growth of 35%-plus for five consecutive quarters, prompting then-CEO Marco Bizarre to call for a 10 billion euro revenue target in June of that year.

Michele has publicly shown interest in the film industry – ironically, where Tom Ford parked himself following his defection from the fashion house. Five years after his first show at Gucci, in the middle of the global Covid-19 pandemic, Michele upended another fashion convention – he declared he wouldn't adhere to the fashion industry's "worn-out ritual of seasonalities and shows." Rather, he opted to regain a new cadence, "closer to my expressive call. We will meet just twice a year, to share the chapters of a new story," Michele proposed, conceiving new names for the collections inspired by the music world.

If the words Rock Star come to mind when thinking of Michele, you wouldn't be too far off. His nearly eight-year tenure – a lifetime in the fashion industry – ended because he reportedly wanted to produce a couture collection, and Kering nixed the request. Of course, Michele won't be a lone ranger for long. He'll likely be snapped up quickly for his singular aesthetic and proven design sensibility, not to mention his leadership skills. The world can only wait and see what his next project will be.