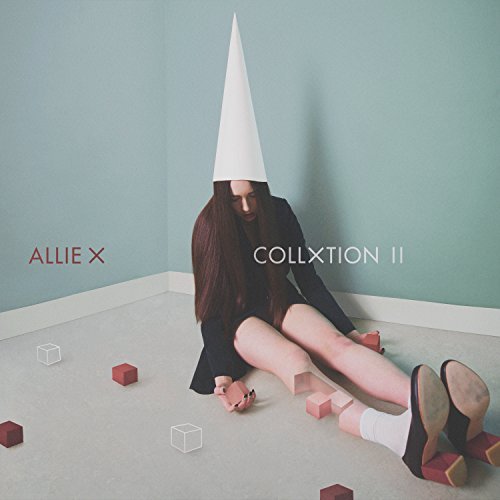 To say that I’m a little obsessed with ‘CollXtion II’, the latest release by Canadian pop visionary Allie X, would possibly be the biggest understatement of the year. It has become the uncontested soundtrack to my daily life ever since it’s release back in June, scoring every elation and emotional pitfall that I have encountered in the passing months. It’s the sort of record that lures you off the beaten track and into the shadows. Seductive in essence, as it cradles your head with the addictively compelling composition. With each track laden with a brazen honesty that is sparsely found in contemporary pop music. While the subject matter, a fervent cry of dark romanticism, remains tumultuous and twisted to the record’s core. Resonant with the listener’s most self-deprecating self as it transports us into a sensorial state of ecstatic melancholia, seducing and desolating us in equal measure through the album’s emotionally intelligent lyricism and overall reliability.

Born Alexandra Ashley Hughes in Oakville, Ontario, X was actively encouraged to appreciate music and it’s artistry from an early age. She was taught to have a precocious curiosity around the subject, discovering art forms such as Opera and musical theatre during her time at the Etobicoke School of the Arts in Toronto, before going on to study classical piano and voice at the Interlochen Arts Academy in Michigan.

X began her musical career in Toronto, Ontario, writing and producing work under the name Allie Hughes. She played and collaborated with various local bands before releasing her first album, ‘Waiting for the Prize’, on CD back in 2006. This was to be the first of three released under her birth name before X’s decision to move stateside to Los Angeles to pursue a career as a full-time songwriter in July 2013. Working with artists such as Australian favorite Troye Sivan, while continuing to learn about production and sound design before releasing her debut, CollXtion I, under her current nom de plume in 2015.

The latest track to be released from X’s sophomore EP is the brilliantly realized ‘Old Habits Die Hard’, a searingly raw tale of a detrimentally compulsive romance, set to an arrangement of dark, compelling synths and sharp yet driving drum kicks. The song is yet another example of X’s expert lyricism. Pairing her penchant for brooding storylines with intelligent wordplay to make the piece compelling to listen to, even on the 100th play (and believe me, I went past that a LONG time ago!). The tracks visual accompaniment (although just a lyric video for the time being) is just as intriguing as the music it plays host to. Following the same formula as the majority of her video work, it uses stop-motion to create a perpetually looping gif that perfectly reflects the vicious circle that the song describes.