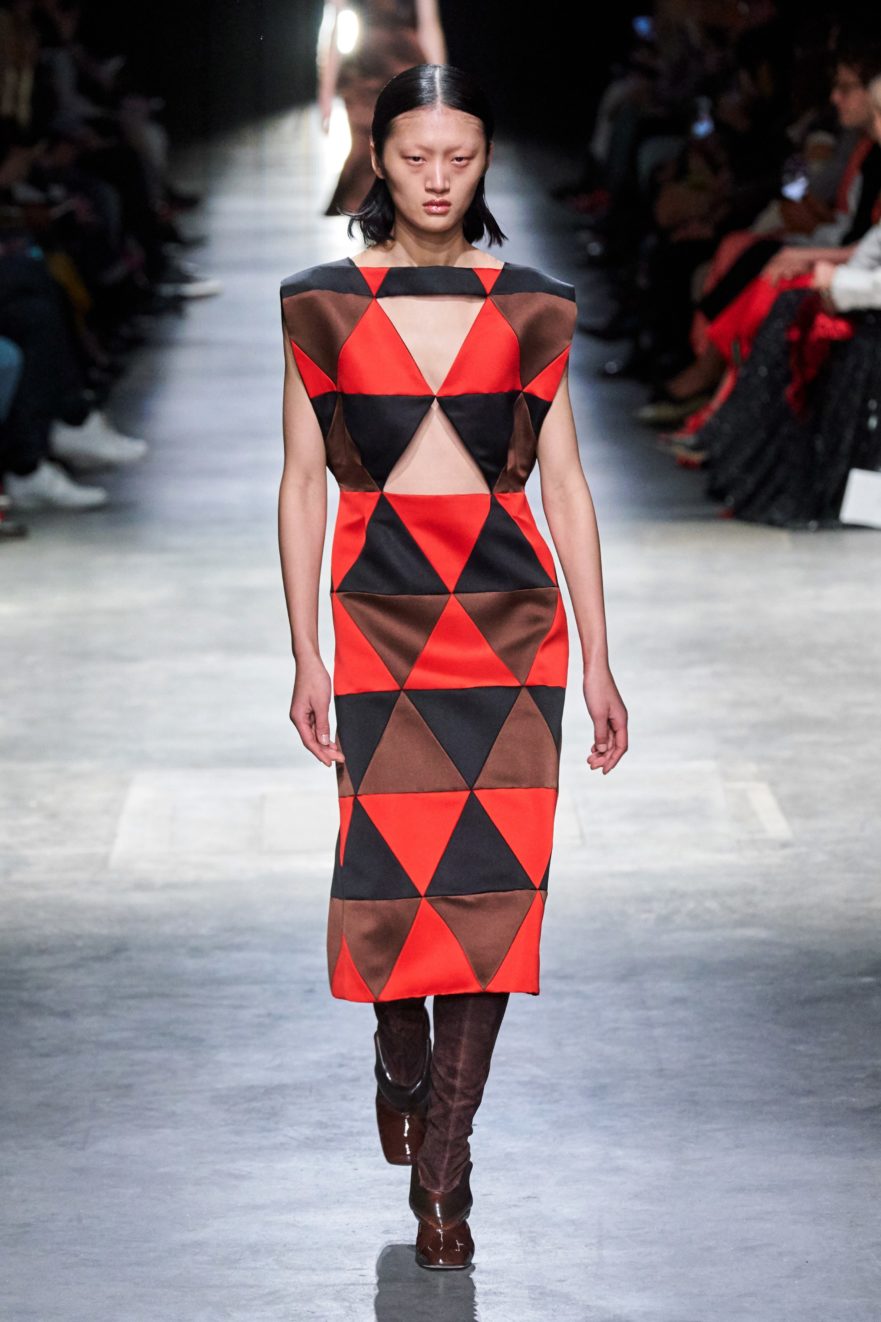 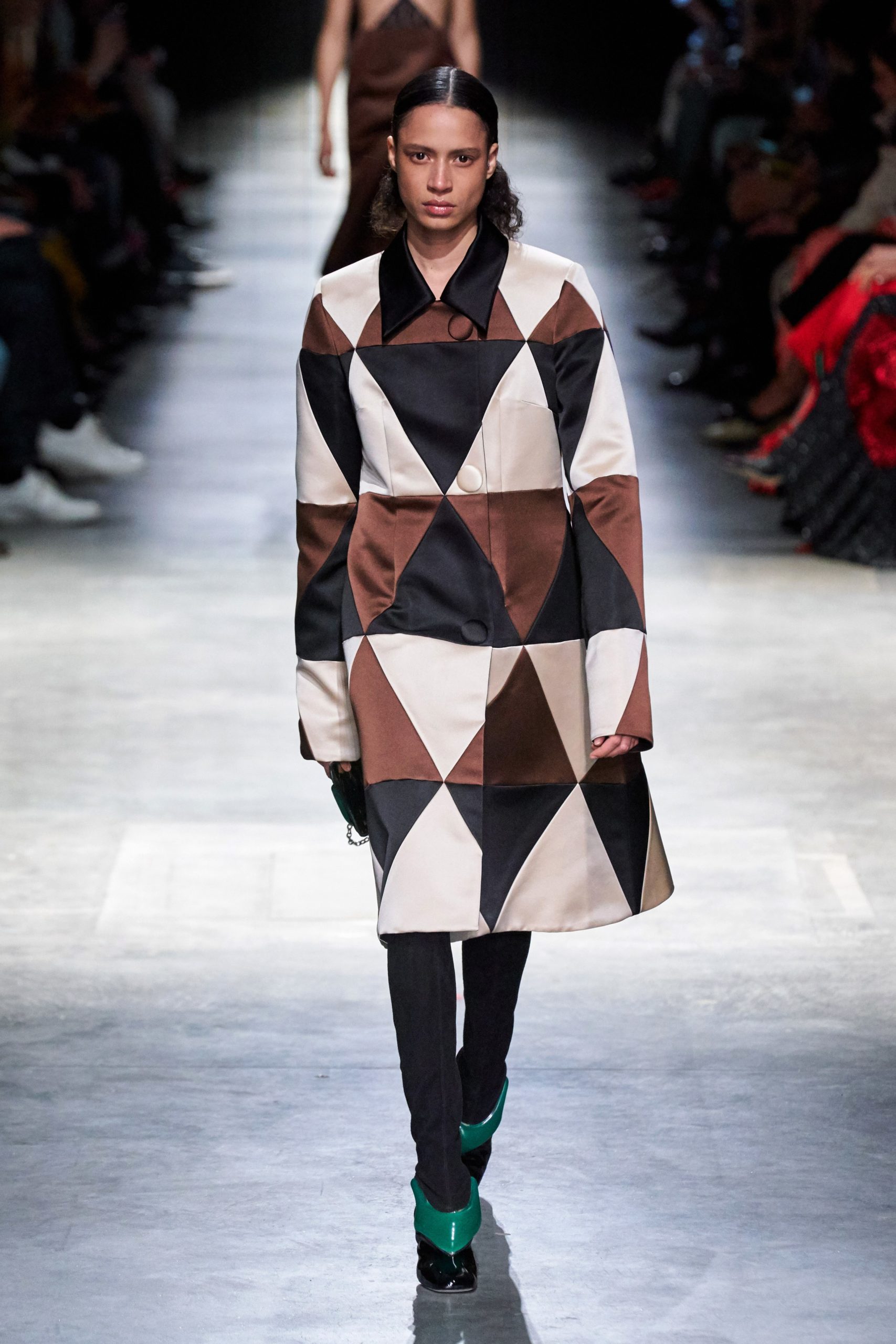 Christopher Kane imbues chic sexuality like no other designer, a notion that the Scottish fashion giant has been constructing through many seasons gone by, each one accumulating something ever more strange and beautiful to his collections. For Autumn Winter 2020, the designer channeled the concepts of sex and nature by focusing on the story of Adam and Eve in the Garden of Eden, illustrated as a passionate triangle which embodies man, woman, and nature. These were Kane’s muses of the season that ultimately revealed his most refined interpretation of sexuality to date.
As his starting point, Kane focused on a triangle, which is the fundamental shape discovered in the natural and unnatural (literally and metaphorically) in equal measures. A series of looks that opened the collection put the triangle in the spotlight, seen in panels of multicolored patchwork, with shiny satins, and shaped cuts. The shape was then seen extended into the fashion narrative beyond geometry as the designer reimagined the original love triangle. 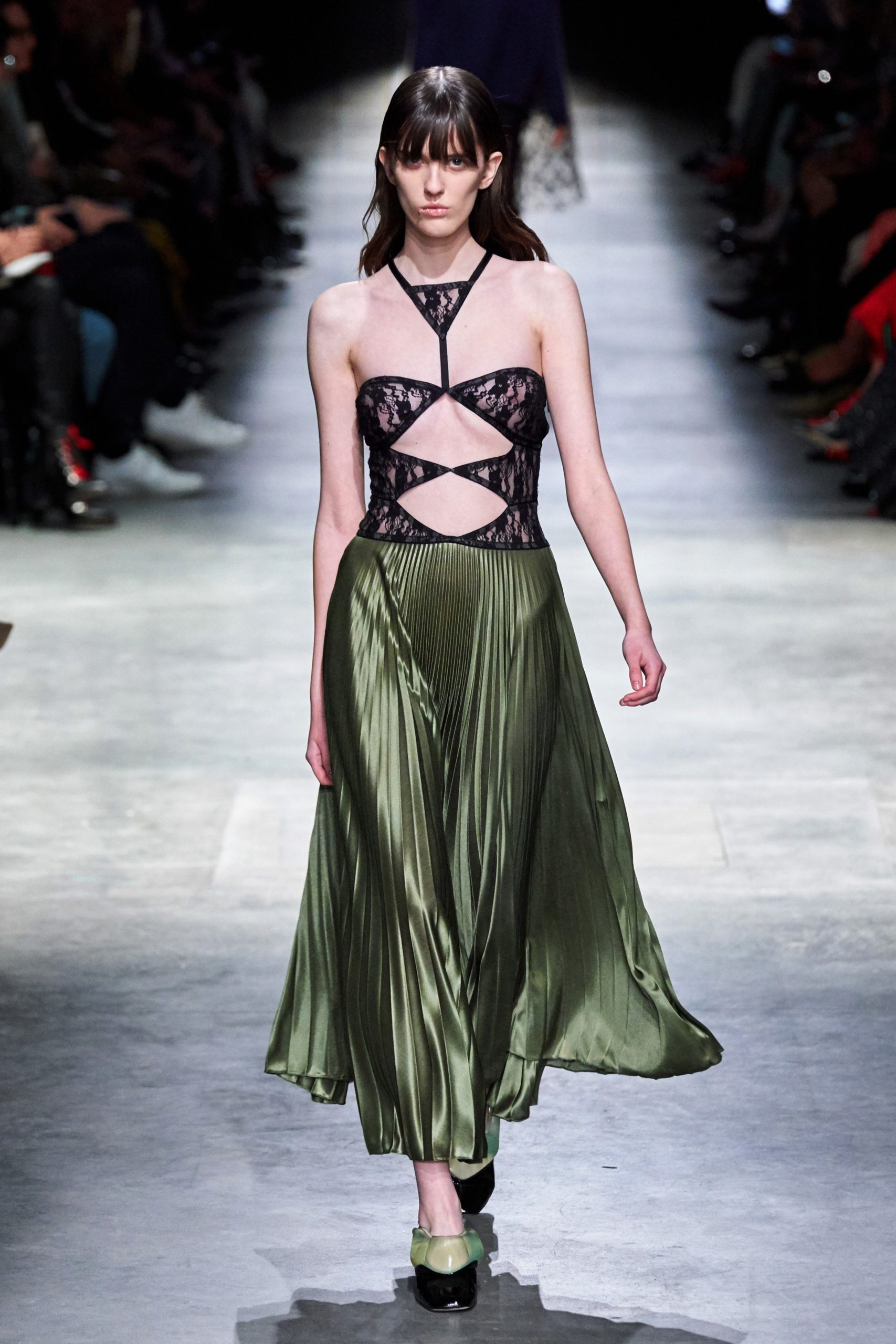 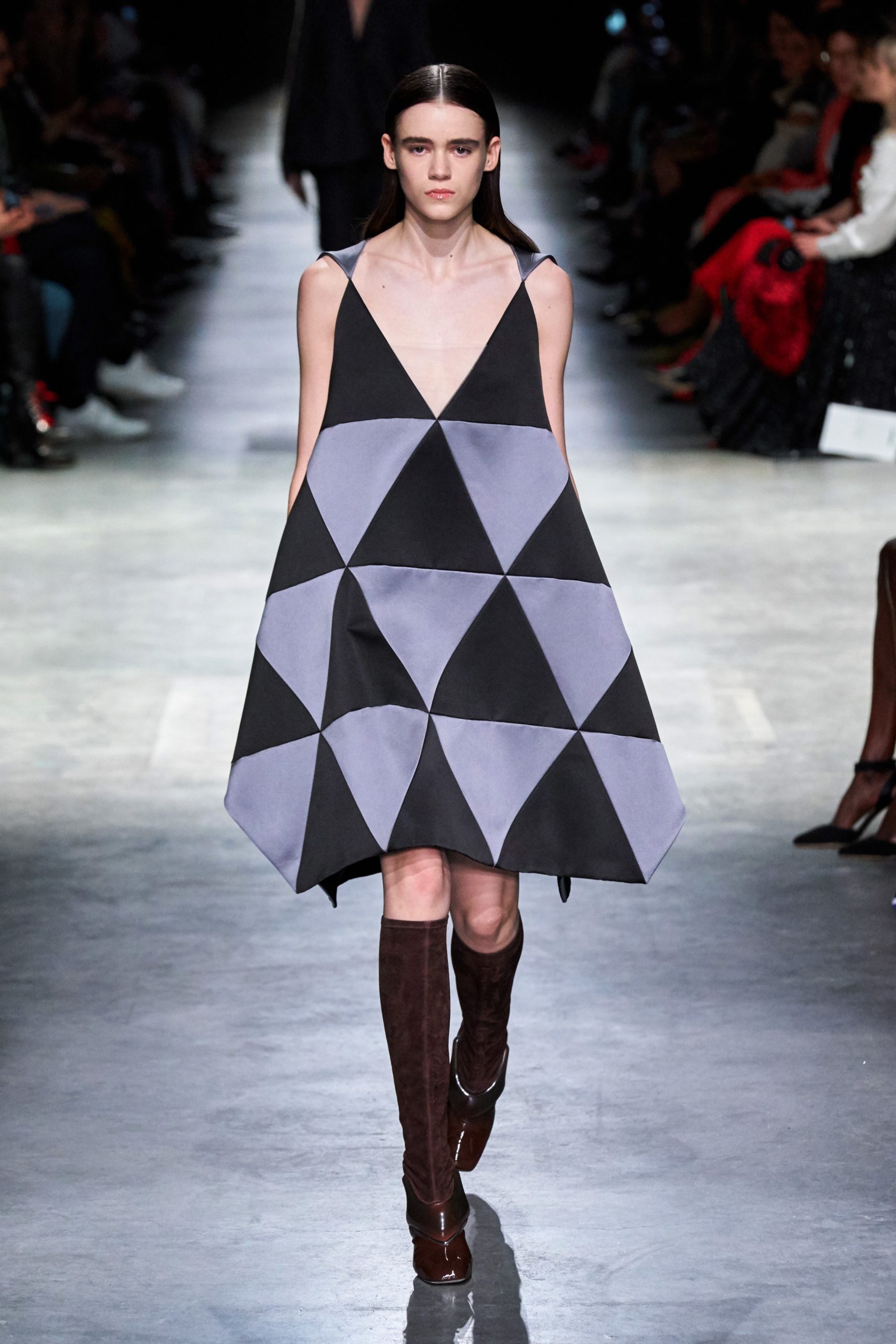 Dresses reminiscent of smart schoolgirls were accessorized with prim bows, and angelic buttoned-up shirts were styled under dreamy cream tailored pieces. A twist of aesthetic quickly altered the mood, emerging as a congregation of mischievous, high-cut crystal mesh dresses constructed from chainmail and “saucy lingerie”-inspired outfits.
An additional slice of grunge added to the fashion mix through the emergence of dark mohair knitwear. An array of jumpers and shirts were adorned with images of Adam, Eve, and the forbidden apple tree by German Renaissance painter Lucas Cranach the Elder finished with Kane’s latest buzzword “Naturotica,” emblazoned on top. 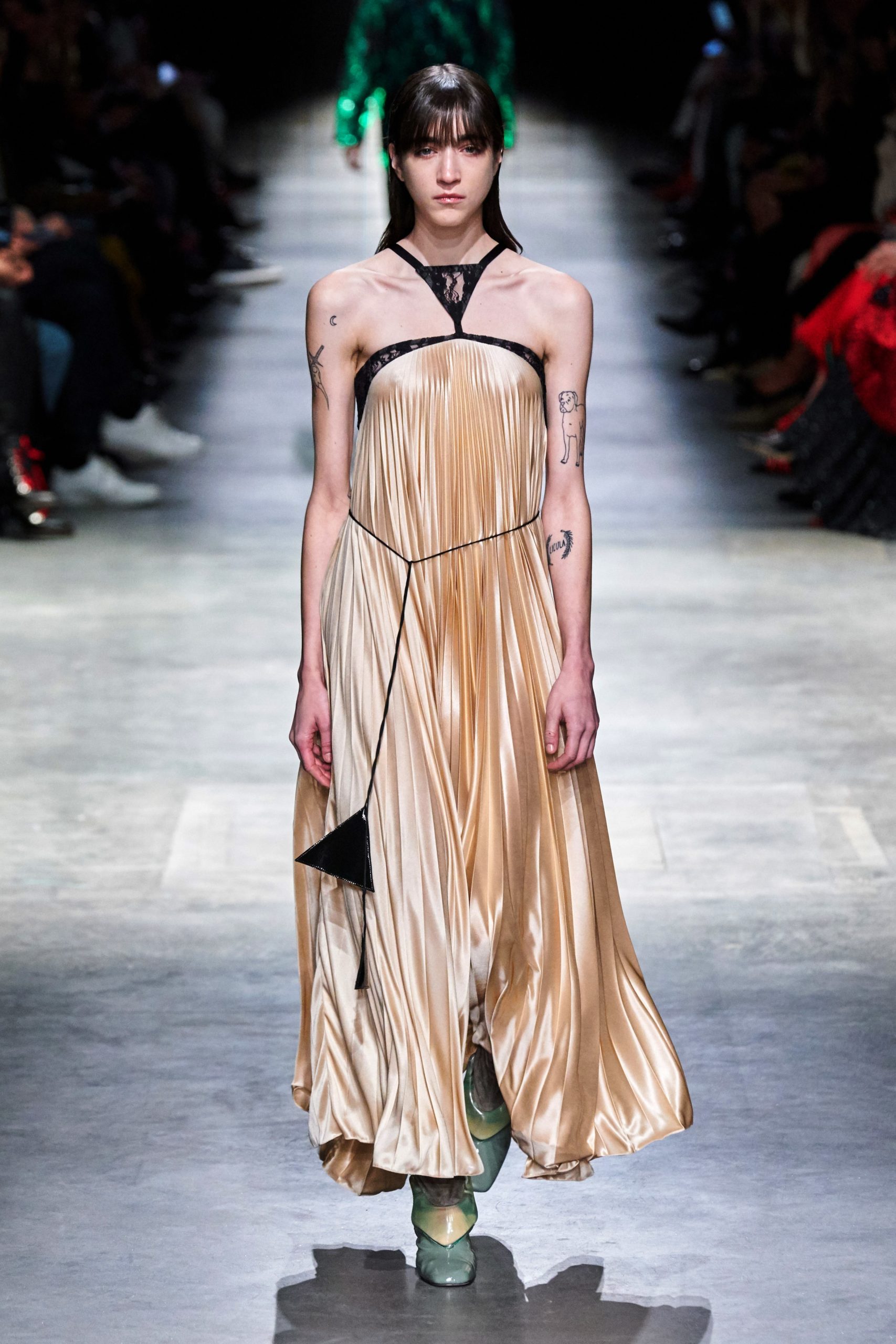 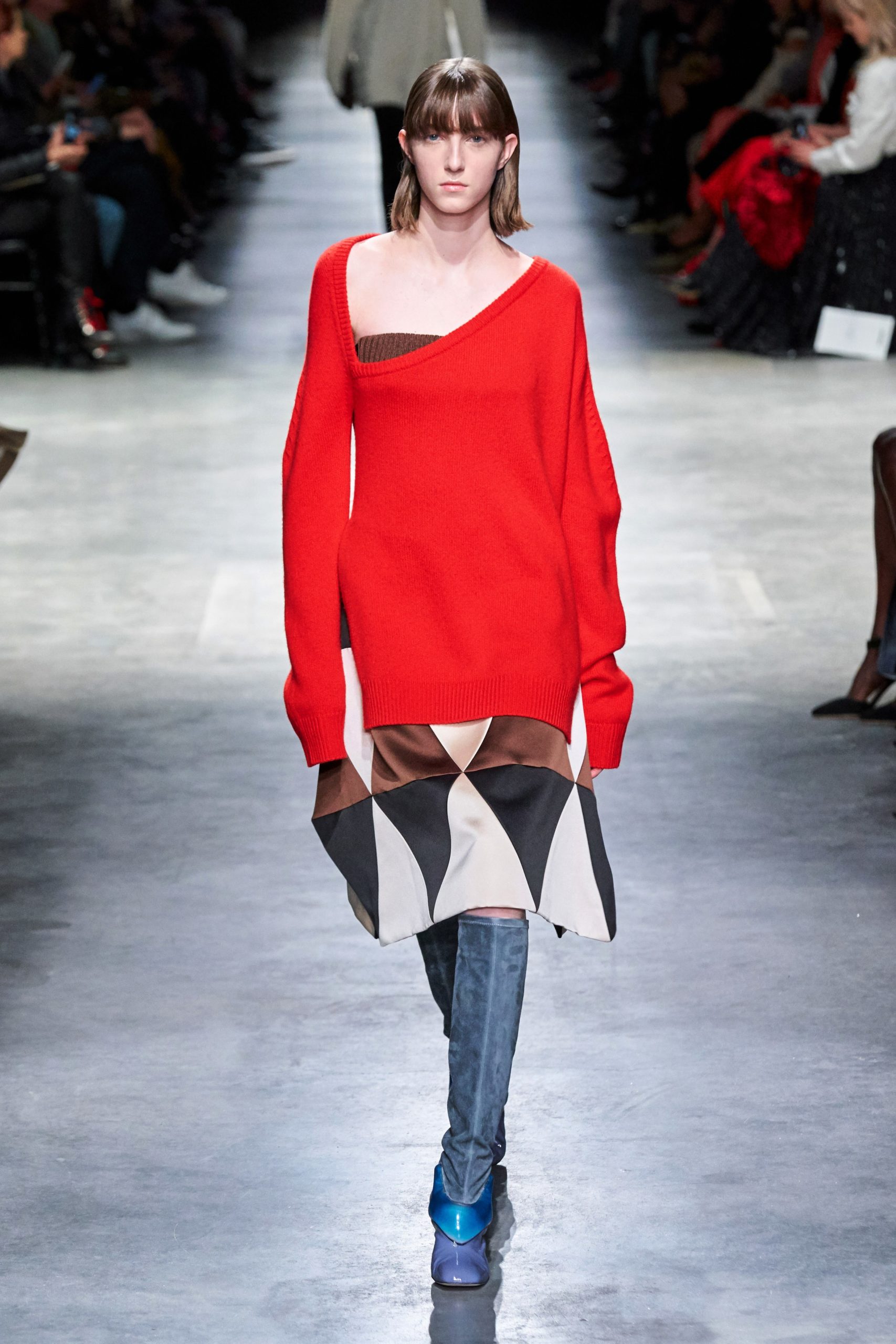 With the ability to merge kitsch and typically unsexy objects into supple and lavish garments of desire, Christopher Kane once again illustrated his unparalleled dexterities throughout his Autumn-Winter collection. Take the orthopedic gel implants, for instance. In essence, these were seen metamorphosed into psychedelic harnesses that were styled over tops, knits, and dresses and even featured on timeless, grandma-esque bags and a range of footwear.
Christopher Kane’s overall message was that he forever believes in strong women, and they don’t come much stronger than the woman he had in mind for this collection. 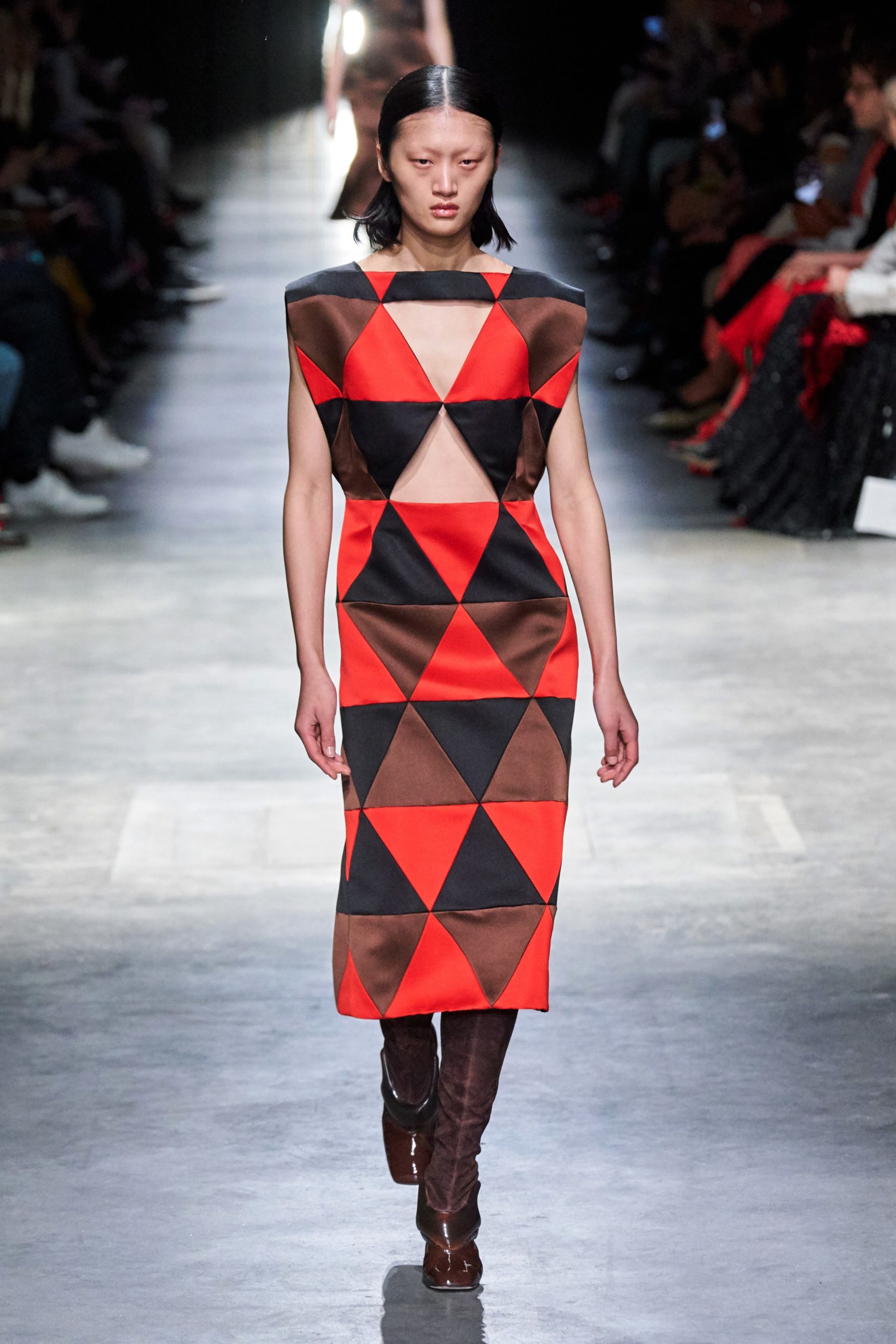 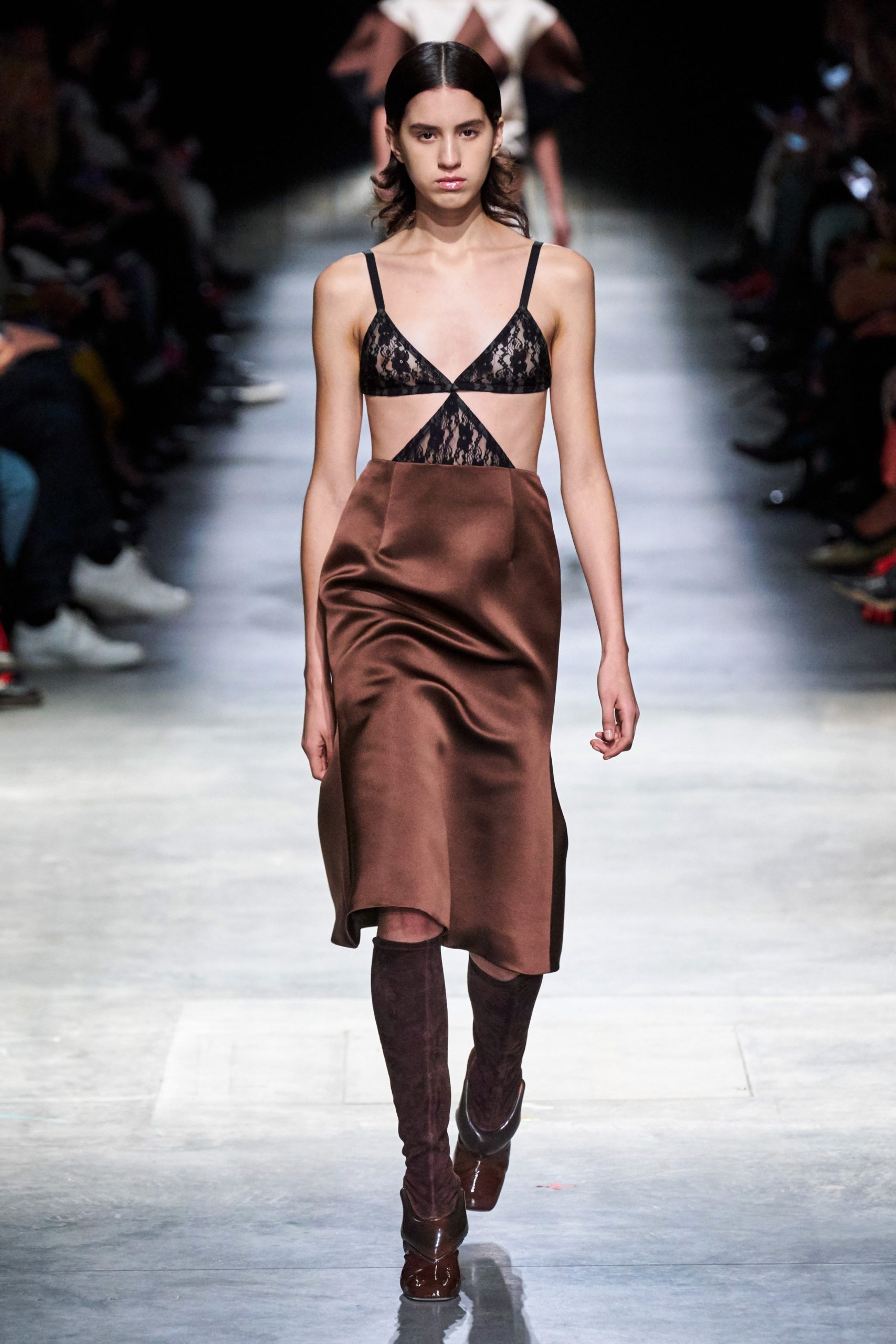