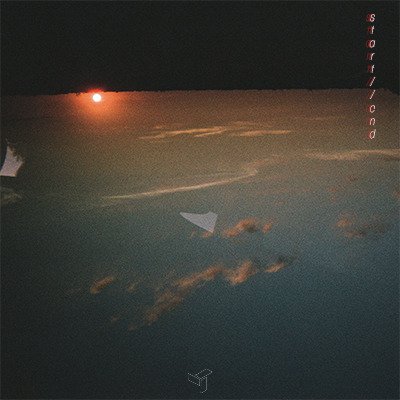 Dublin based musical multidisciplinary Eden has returned to the fold. Firmly locking our attention on his genius once again, as he pieces together an audible mosaic of fragmented musical styles. Mapping the fragile narrative of a crumbling relationship with his latest offering ‘Start//End’ as he rekindles the angst-laden lyricism that we came to adore under the previous moniker ‘The Eden Project’.

Born Jonathan Ng in Dublin, Ireland, to an Irish mother and Hong Kong Chinese father, Eden was thrust into the world of music and performance at the tender age of 7. Undertaking a classical training in Violin and music theory, before later teaching himself Piano, Guitar, and percussion as he made his way into the professional arena. Writing, producing and performing as The Eden Project up until his final EP under the alias, ’Final Call’, in 2015.

Since the switch to his new pseudonym ‘Eden’, Jonathan has been busy developing his style. Deviating, somewhat, from the electronica that brought him initial recognition, to a sound that feels altogether more unique and identifiable. In addition to this, Ng has been busy touring the globe with sell-out shows in London, New York, and Los Angeles. As well as working on collaborations with artists such as Mendum and Crywolf and even setting up his own label, ‘MCMXCV’.

Delicate and purposefully faltering, ‘Start//End’ is a true testament to Eden’s artistic prowess. It’s gentle cohesion of dramatic strings, raw vocals, and impactful synth work tacked together in a sort of patchwork style, is instantly arresting. And that’s before mentioning that the visual accompaniment to the song, shot while on tour in London, Tokyo, Seoul, Los Angeles, New York, Belgium and his hometown of Dublin, was directed and edited by Jonathan himself. Truly making Eden one to watch!