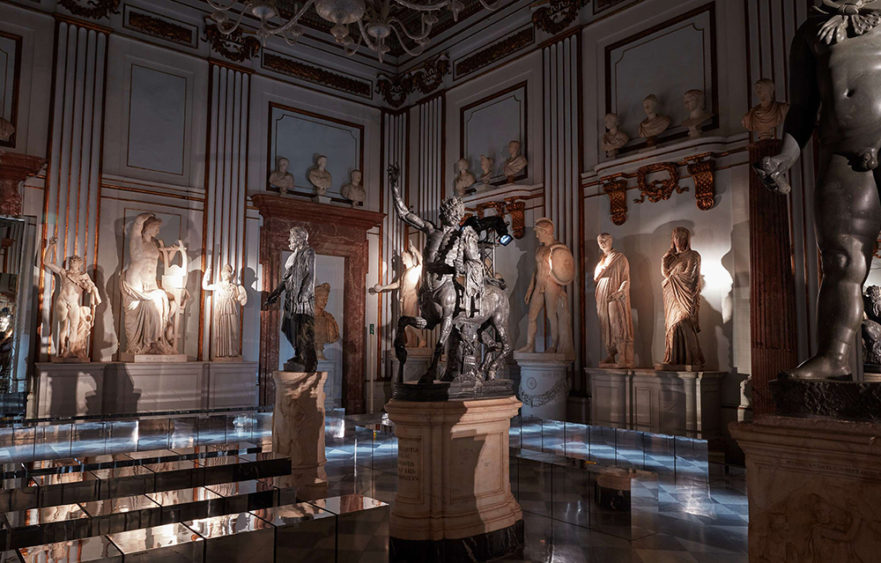 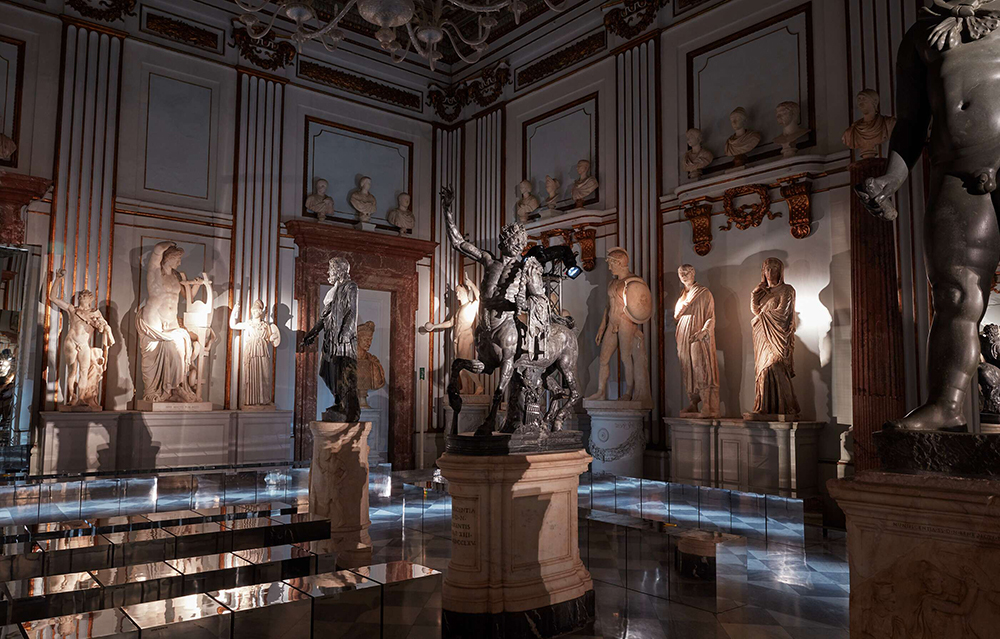 A message of empowerment and freedom emitted throughout the Gucci Cruise 2020 Collection, where Creative Director Alessandro Michele embraced pro-choice allusions – with particular reference to women’s bodies. Housed inside yet another magnificent historic building, the Musei Capitolini located in Rome was the latest ancient construction to exhibit Gucci’s fashion story, where it’s original ethereal beauty, and dramatic stage ambiance reflected the stunning assortment of garments that appeared through torched lighting amid a darkened and theatrical setting.

The Musei Capitolini is the current majestic addition to the designer’s choice of outstanding locations to showcase his annual cruise collection, with previous buildings including the Palatine Gallery at Pitti Palace in Florence and the Cloisters of Westminster Abbey. Acknowledged as the first contemporary museum in history, The Musei Capitolini invited the public through its doors in 1734. As the show notes enlightened, Michele used to frequent the cultural location during his adolescence, enabling show attendees a foretaste into his inspiration for the fashion assembly, which, as for a vast majority of his designs, revealed the colloquy concerning past and present. 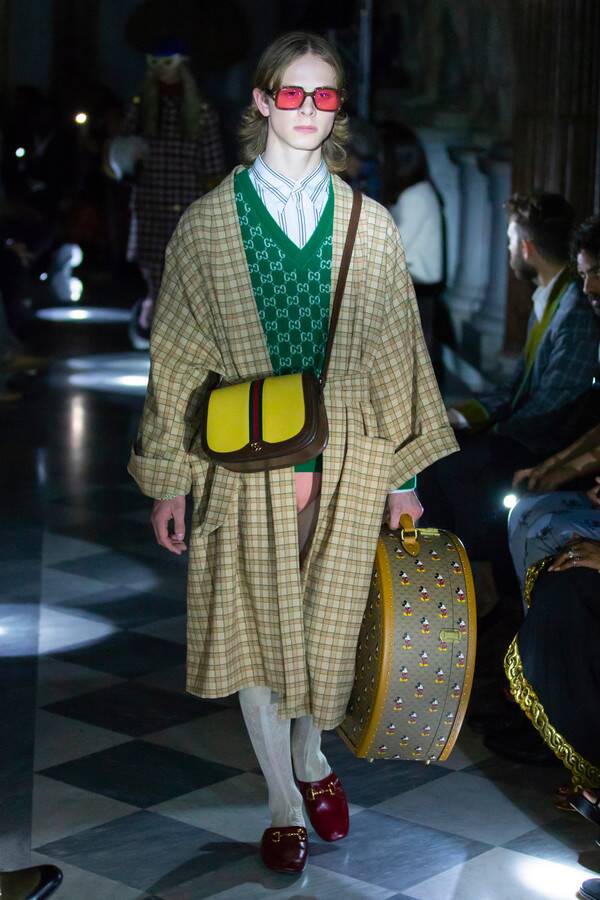 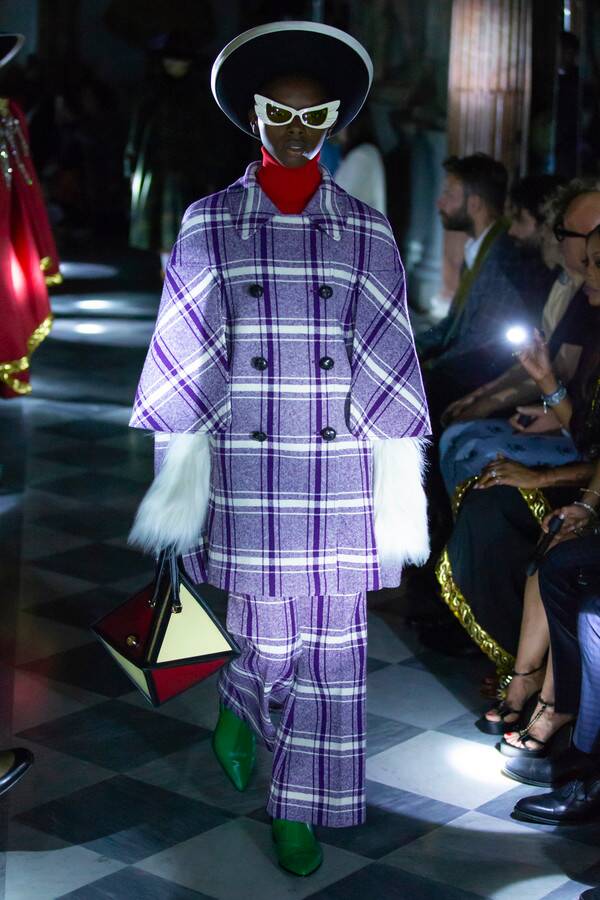 A pro-choice point of view was celebrated and spotlighted as a recurring theme amid the cruise line, which resonates with the changing laws that are currently topical throughout America. Gowns featured embroidered female reproductive organs on their fronts as well as a jacket which featured the words “My Body, My Choice” that transpires as a feminist slogan from the 1970s. Other garments featured “May 22, 1978”, the date when abortion was legalized in Italy.

On Instagram, Michele wrote of how the particular jacket resonated with his creative vision, representing self-expression, equality, and freedom. Since establishing a worldwide movement which exemplifies and pioneers for gender equality entitled “Chime for Change”, Gucci attains an enduring obligation to women and girls by supporting projects around the globe to champion sexual and reproductive rights, along with maternal health, and the liberty of individual choice.

With political references to one side, the collection was additionally occupied by a magpie showering of Ancient Rome inspired tunics, robes, and togas, as well as accessories that gave a nod to Hercules and pieces which could be associated to the habits fashioned by nuns. These aesthetics were juxtaposed with more niche contemporary flairs, such as motifs of Mickey Mouse and Michele’s signature bold and eccentric prints, now well known for Gucci since taking over the house in 2015. The collection did not disappoint, once again turning up the volume on the sensory overload that distinguishes his vision, where the designer finds himself endlessly testing and remixing fashion from essentially all eras and cultural movements.

The Cruise Collection commenced with an exploration into Michele’s favorite antique book store, Antica Libreria Cascianelli, and concluded with a live set from Harry Styles and Stevie Hicks. The distinction amongst those two happenings secured the imaginary sensory universe that is Michele’s reality, eternally time-traveling among previous centuries, eras not long past, and an infinite outlook. 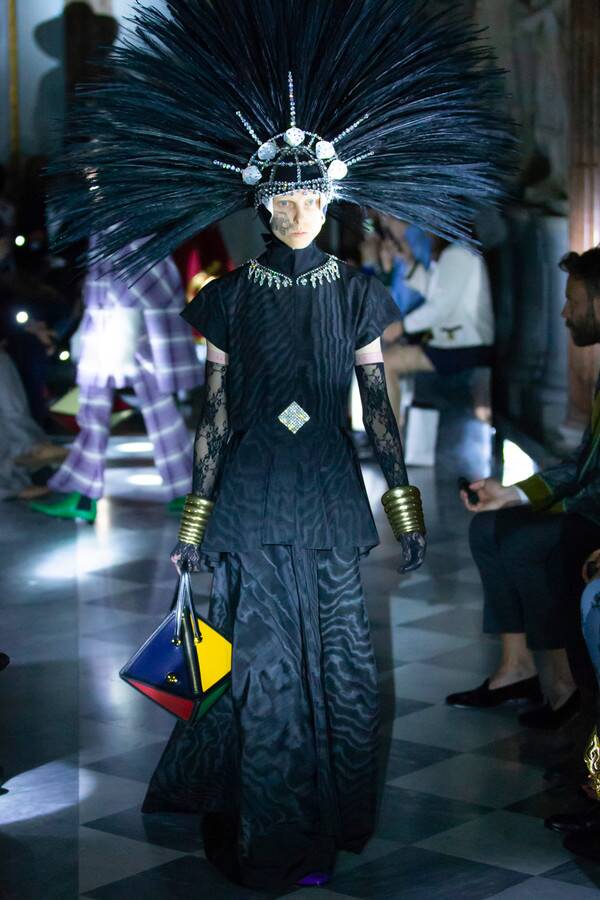