Last month, the Dutch-rooted and Berlin-based musician, Jeannel, released her majestic song, “Horses,” and today, she premieres its equally beautiful accompanying visual. With its first gentle, electronic robo plonks and lush strings, the song itself announces Jeannel as not only a compelling artist but a gifted composer. Radiohead’s seminal song, “Kid A” or FKA Twigs’ early tracks may come to mind when listening to “Horses,” but with Jeannel’s hushed voice and deft playing on the cello, she manages to share a sound that is perhaps her own. “It emerged out of tremendous pain I’ve been carrying inside and that took me a long time to even dare to feel or understand,” the artist says of the song. Explaining that she has “always felt different, not fitting in, and therefore oftentimes extremely alienated,” Jeannel continues that “‘Horses’ is an ode to my inner child and, if you will, to anyone’s inner child that needs healing, needs to hear that it’s beautiful and wonderful in its own unique way, and that its greatest pain is, in fact, its greatest superpower.” 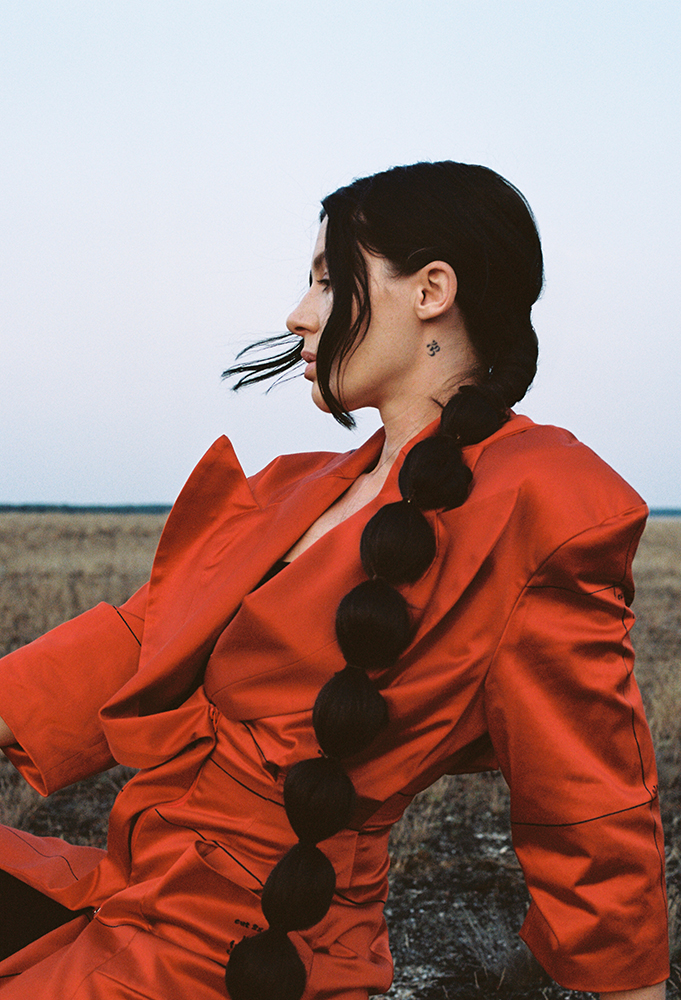 The song’s video illustrates this theme of resilience with quiet ferocity. Directed by the team of Chris Zimmerman and Esteban, the nearly four-minute clip starts with what looks like a marsh of female hair before revealing itself as a flower that blooms with unstoppable power as Jeannel finally finds peace in a quiet wood with eyes to the sky. Playing like an intriguing blend of the work of master filmmakers Terence Malick and Steve McQueen, the video beautifully complements “Horses” with its understated power.

As Jeannel reveals, the video “tells the story of a metamorphosis and, in that way, translates the underlying message of horses into a simple but powerful imagery. ‘Horses’ is about the superpowers hidden in otherness. It’s about the pain of not feeling fitting into conformity, and a love song to that otherness, that is so extra ordinary, beautiful and an actual gift, when being understood.”

Almost a month since the release of her song, Jeannel says that she has “liked the reception because it was either really good, or people didn’t seem to understand it. But there was no random indifference...and I think that kind of reflects my general approach to art. For me, it’s about authenticity. That’s everything that matters. It can be simple, raw, but if it’s real and original, it’s all it needs to be.”

With “Horses” and a surely captivating EP due out in early 2022, Jeannel proves to be a refreshingly genuine new artist who will continue to move audiences as only she can.