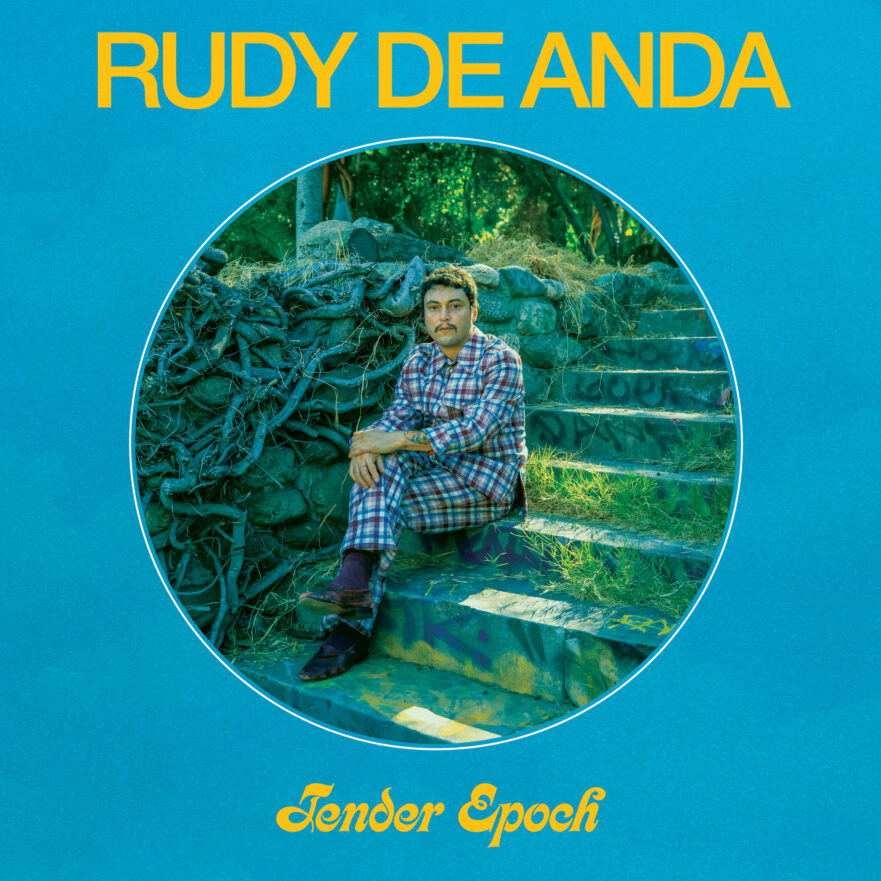 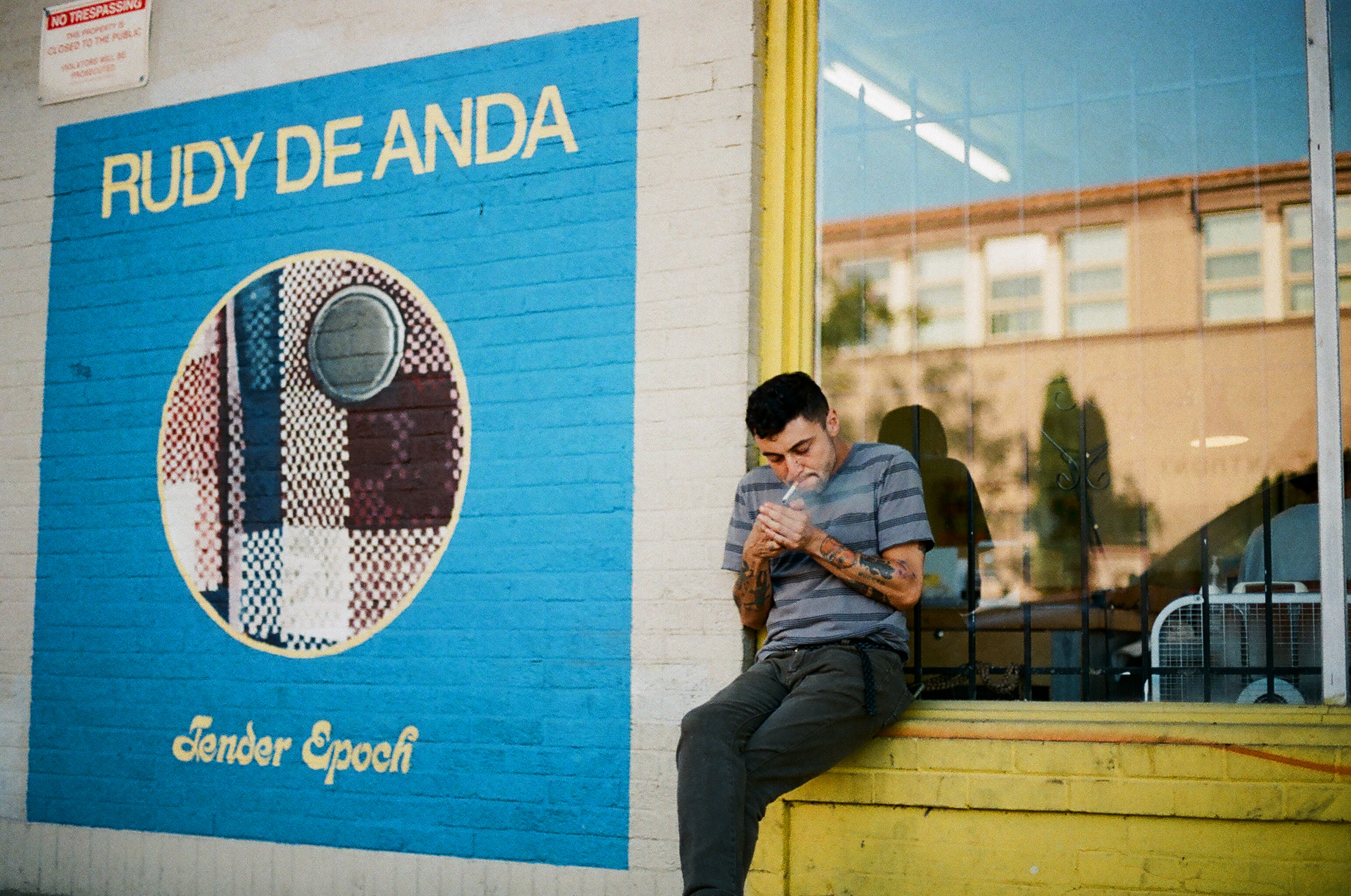 Down to his crisp suit, sleek shoes, and warm voice, Chicago-based musician, Rudy De Anda, is a gentleman. As heard on his radiant debut album from this past September, Tender Epoch, the early-thirties, Los Angeles-born and Mexico-rooted artist holds an authenticity that is all too precious in this era of screens and two-minute phone calls with loved ones. It's a lightning-quick life, in which a decade can feel like just yesterday, but De Anda, a preternaturally talented popsmith, slows down to coo the listener with songs of love, longing, and joy.

De Anda's mother was pregnant with him when she and his father travelled from Mexico across the border to America, and the musician has a deep connection to the country of his ancestors. "I think, like any child, you're subconsciously absorbing everything around you like a sponge," he says from his home in the Windy City. "Both of my parents were Spanish speakers and it was a Spanish-speaking household. I didn't really realize how much it affected me until I was older, and then I started to kind of go back and address all of the different music I heard growing up. Embracing my own culture the older I got, it's kind of like an amalgamation of everything." His mother was an "'80s kid," as he affectionately calls her, and after a brief time in the Los Angeles neighborhood of Watts, De Anda and his parents moved to nearby Long Beach where, during his teen years, he threw himself into the local punk scene as the frontman for the celebrated group, Wild Pack of Canaries.

Shortly after that band mutually parted ways, the songwriter released his tone-shifting debut EP, Ostranenie (2015). Opening with the sunny "Visions of Plumerias" and stewing the fuzzy guitar lines of The Velvet Underground with the plush ones of Andrés Segovia, the album introduced a songwriter who seemed to cherish tantalizing listeners from song to song. A year later, the self-described romantic offered the delightfully unabashed LP, Delay, Cadaver of a Day, which strummed to various kinds of rock—garage, psychedelic, surf—and ends with the keyboard-sprinkled "Won't Be Around Anymore," a pained yet ultimately cathartic yell from the heart. 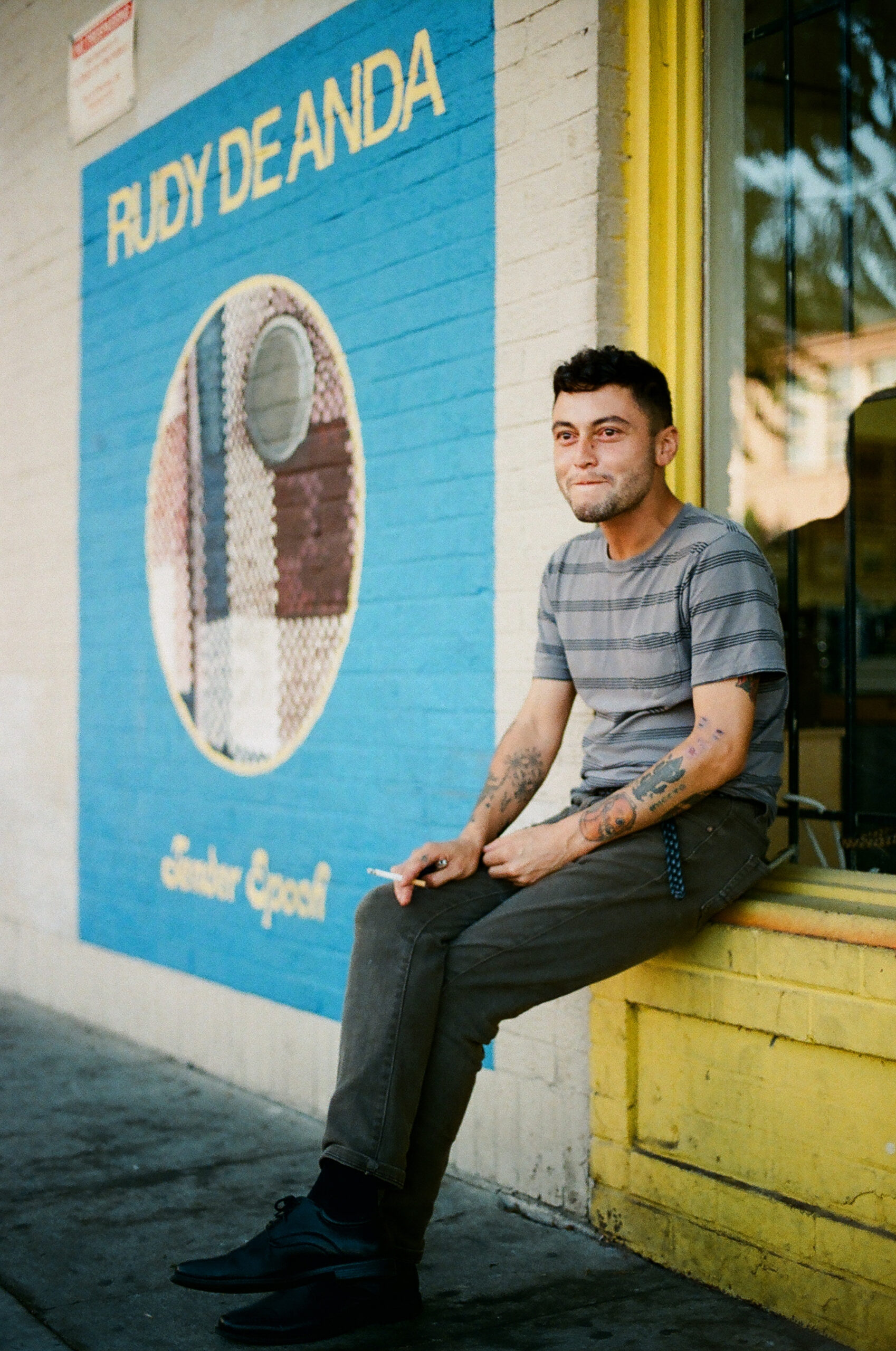 De Anda draws inspiration from what he likes to refer to as "the different stages of romance. There's the newlywed part, the sad part, the giving-up part. There are so many different parts of romance that you can write a song about." And although some of his musical heroes wrote about other themes and his interests extend to the speculative fiction of Aldous Huxley, he compellingly explores the eternal themes of downturned love, solitude, and loss on Tender Epoch.

His proper debut album under his own name, the forty-minute effort immediately appeals with the tropicalia-inflected opener, "The Mirror" before waltzing into the dreamy "Los Canarios" and the piano-flourished "Cariño." Recorded over a total of just fourteen days, the album nonetheless emits a polish that speaks to the assuredness and clear vision of De Anda. In the most elemental sense of the word, the artist's soul shines through, as does his empathy for the lonely and the melancholy. He sings in both Spanish and English on the album and, even if one doesn't understand one language or the other, it doesn't quite matter; his deeper purpose of connecting to the listener's innermost wishes comes forth.

As seen on the record's luminous cover art, the artist channels the musicians of years past, whether it be Sergio Mendes or Leonard Cohen, but almost ingeniously, he uniquely re-imagines their work. Discussing the album, he says, "It was that idea of, 'If I go tomorrow, I have to leave something here.' No one is going to know what I have if I just leave it in my brain and I don't vomit it onto a record. I needed to just get that kind of first homerun." Listening to the album, as De Anda closes with the shimmering "Abrasive," singing again and again, "Is it too late?," one does hear great urgency within De Anda and senses that his very sense of self depended on the making of the record.

Tender Epoch is, in the end, a revelatory song cycle of the slippery desires that people bear every day: a smile returned from the pretty woman at the coffee shop, dessert with the workaholic husband after hours away, a swim in the Los Angeles waters. It is an album for the keeping, made by an artist whose candle will flame on.