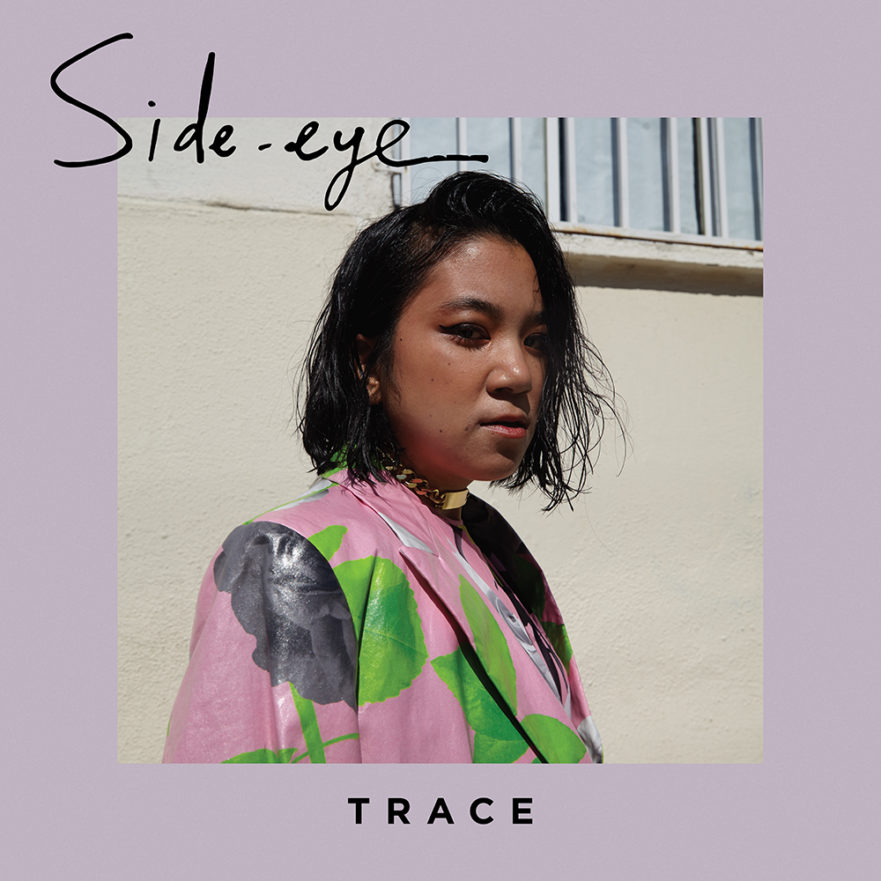 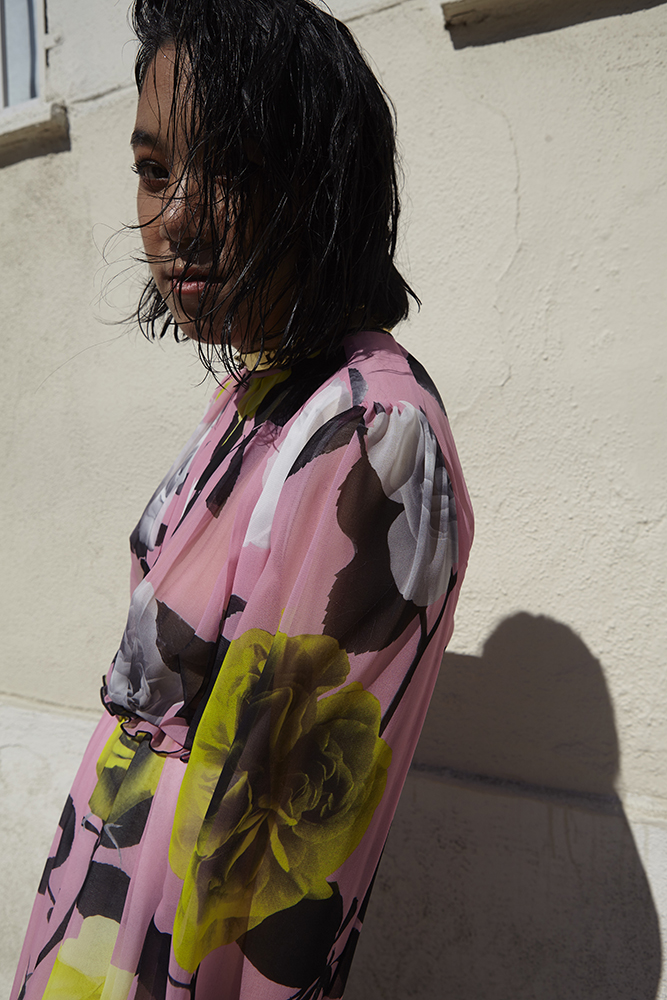 Newcomer TRACE is giving us feel good vibes despite her moody new single "Side Eye". "Side Eye" follows TRACE's debut EP, Low, which has amassed over 40 million streams and earned her comparisons to the west-coast cool of Lana Del Rey and the R&B-kissed ruminations of James Blake. Hailing from L.A., her mother is Saigon soul icon Carol Kim -- aka the "Tina Turner of Vietnam" and has made an impact on her sound although over the years TRACE has worked to hone her voice.

TRACE admits she has a disapproving view of men due to the relationship with her father, and when we talked to her we found out more about the single, what it was like growing up the daughter of a legend and her love of sad songs.

You’re the daughter of a soul icon. What knowledge about the music and the industry did she instill in you growing up?

It’s true. She would always say the Vietnamese music industry is very different than the American one, but what she would also say, that definitely felt relevant to the industry as a whole, is that it’s really hard, you need thick skin, you have to do a lot of things on your own, and there are many late nights and no sleep at times. And yet, doing music is what fills her life with joy the most. And consequently, its mine too. 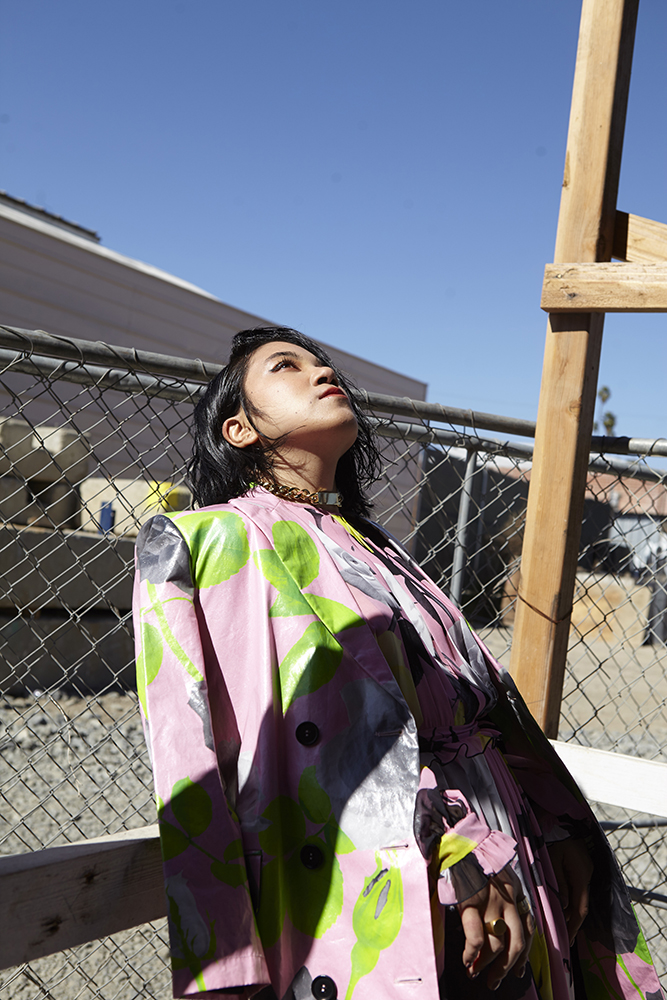 The music you make is vastly different in sound to that of your mother. Was this a conscious decision?

My mom’s prime years was during the disco days so she loves funk and disco and is influenced by the moving and grooving kind of production and sounds. Live instruments are all she knows. I prefer the sadder stuff--Bob Dylan, Joni Mitchell, etc. from her days. She’d call me weird, but loves that we are different in that way. Overall, the time we both started music was just a different one so I don’t think anything was conscious, just natural; I started creating songs when Electronic music was a thing too, so that’s probably why I went that way first. Also, we both are such different singers: My mom CAN SING. Like, belt. But I will say, she and I will agree on one thing for sure: we love Patsy Cline.

Who are some artists that have influenced your sound?

I feel like a lot. Frank Ocean comes to the forefront of my mind. I love him. Lorde, of course, is brilliant. I’d also say James Blake, Lykke Li, Sylvan Esso, Lana Del Rey, Feist, etc. have influenced my sound a lot.

‘Side Eye’ speaks about your complicated relationship and how it has permeated into your general view of all men. Did you find it emotionally straining to write and record the song as it’s so personal?

It was emotionally very straining and incredibly easy to write down. I think any difficulty came from just getting the words out, in general. Recording it and laying it down felt pretty doable compared to all the pacing my mind went through before finally admitting some things out loud.

Most people aren’t aware that our childhoods and relationship with our parents set the foundation for many behaviors and traits we develop later in life. Why do you think it’s important to tackle this in your music?

That’s a great thought and question. I think anything
revealing about yourself is worth tackling, and the relationship women have with their fathers is one that intrigues me. I feel the more I write about it from my own life experience, the more comments, head nods, and interactions with listeners I get from younger women; they share gratitude and ache that I feel so honored to receive.

The lyrics say “I’m not here to make you feel good”, in addition to the themes of fatherhood. Could this song be interpreted as having a feminist slant as women are socially expected to tend to the needs and desires of men?

ONE THOUSAND PERCENT. You hit the nail on the head. In addition to that, when I wrote that line it was another way of saying: My best isn’t for you, for you haven’t worked hard enough to deserve it. Or I would even go as far as: you weren’t good or kind enough to receive it. The social (and economical, and physical, etc.) dynamics between men and women feels _?__ at times,
and is unbalanced and unfair.

The video for the track follows the lo-fi and intimate feel of the song with the clip featuring just you. What were you trying to communicate through the visual?

A carefree, brushing-anyone-off-the-shoulder-look. I feel like when there’s movement that isn’t restricted, there’s a slight
arrogance meets entertaining tone that can be presented, and I wanted to exude that.

Is the personal nature of ‘Side Eye’ indicative of what’s to come in future with your forthcoming releases?

More sad music. More shows. More moments of meeting anyone who has been listening. I’m looking forward to 2019..