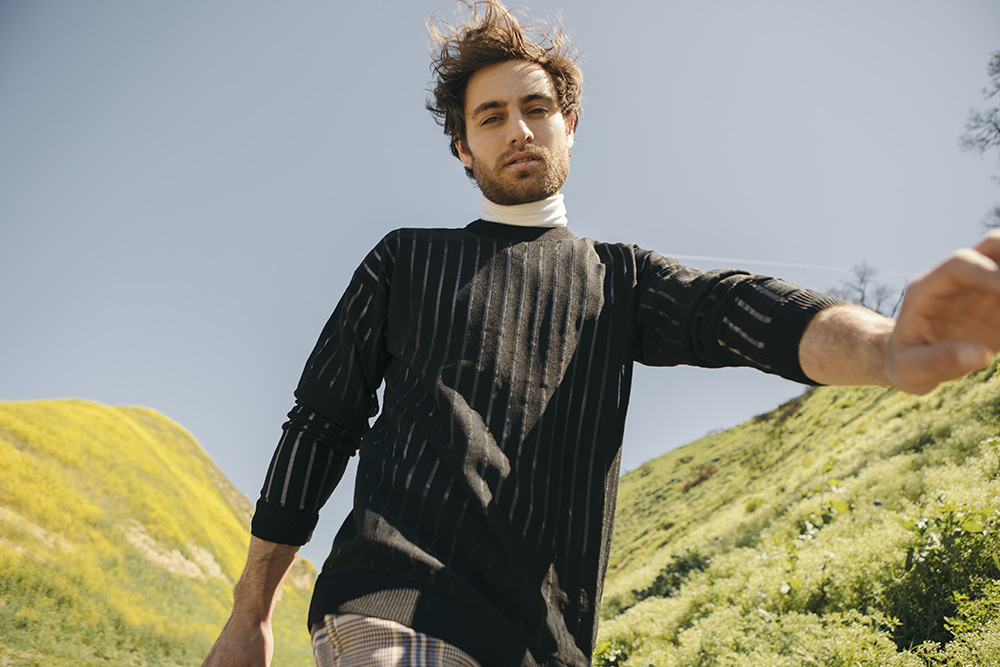 With a creative identity which beats to the drum of the provoking style of indie pop, Yoke Lore arrives as the solo project of New Yorker Adrian Galvin. When the talented musician performs his music reaches beyond reach beyond the back rows. Vocals, a banjo, and percussions are layered to create exceptional pop songs with real honesty and conviction. "I aspire to be an artist that can speak to millions while making each person feel like I'm talking directly and only to them," says the musician.

"I try to draw inspiration from as much as I can whether that be music or dance or something not related to art at all like the sound of vacuum cleaners or a garment carrousel. I look up to people and artists that don't avail themselves the anxiety of the future."

It was in 2016 when Galvin initially hit the ground running with Yoke Lore's unveiling EP Far Shore, which was released on B3Sci Records. The title track of his 2017 EP "Goodpain" reached number one success on Hype Machine in the same year, accumulating the excess of ten million plays throughout the year. A songwriter who is distinguished and lustrous, Galvin refined his craft across an extensive sequence of live shows, and those must-have, all-pervading EPs. 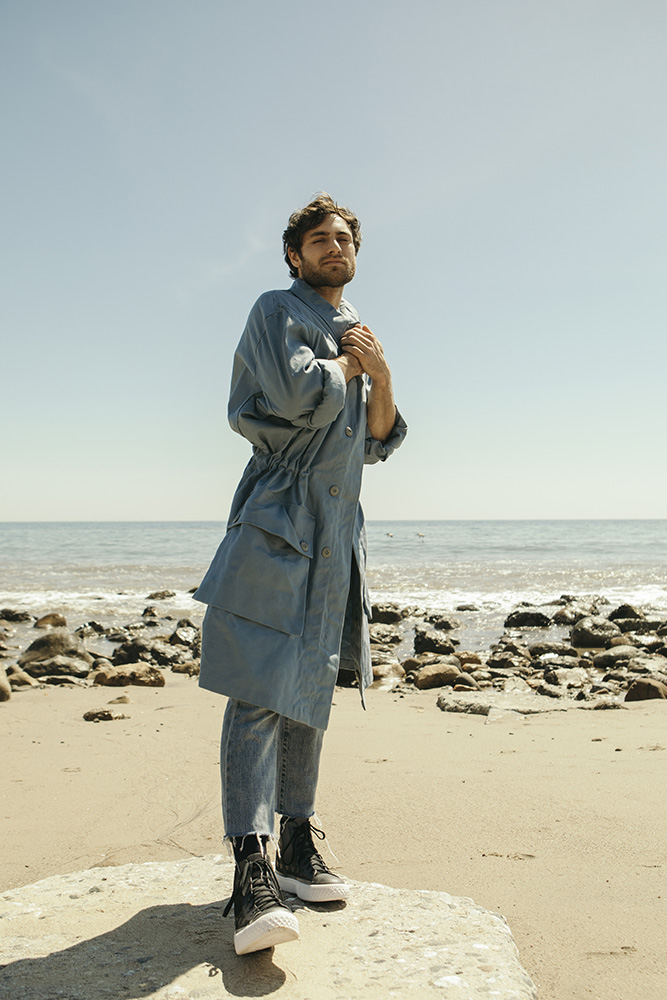 The latest single 'Safe and Sound' follows on from the artist's recent single 'Chin Up' and is the second single to be extracted from his 'Meditations EP' which is on general release now. The new sound is unveiled as the artist prepares to perform a series of UK shows, which commenced in London last month. 'Safe and Sound' emerges as a beautiful arrival, with that far-reaching vocal providing Yoke Lore area to reconnoiter relationships along with the nature of commitment. A penetrating musical document, 'Safe and Sound' is slow-paced yet ever so unapologetically obsessive that it echoes a feeling of gentleness, security and one of love.
The video that arrives with the latest single, directed by Dylan Mulick, tells the story of identical twin sisters Emilie and Brianna Gonzalez from LA who plan to take their place in the Beat The Streets Los Angeles Freestyle Wrestling Championship. The artist has previously vocalized how the video focuses on a sense of safety for ourselves, conveying that wrestling is a place of prowess and freedom for Emilie and Brianna.

"My music will necessarily change as I do, and as we all must. The things to which I focus will change but how I explore them will not, and the mere fact of exploration may in itself be a constant. But I can only hope that different sonics enter my world. I welcome what's next."

Galvin aims to make people think again, to convince folk that the industry should thus be a place to challenge and educate one another. "Do we need more Jonas Brothers music as a culture? And not to say throw out romance or songs about love, I write songs about love all the time. But I think we can get a bit deeper and more interesting. If we can get deeper as artists, we can give people more words to voice feelings and thoughts that sometimes remain ineffable. I see that as my job."

He plans to release a new song every month until a national tour commences in America in October. An abundance of hype surrounds Yoke Lore, who is thrilled to expose brand new material to fans very shortly.