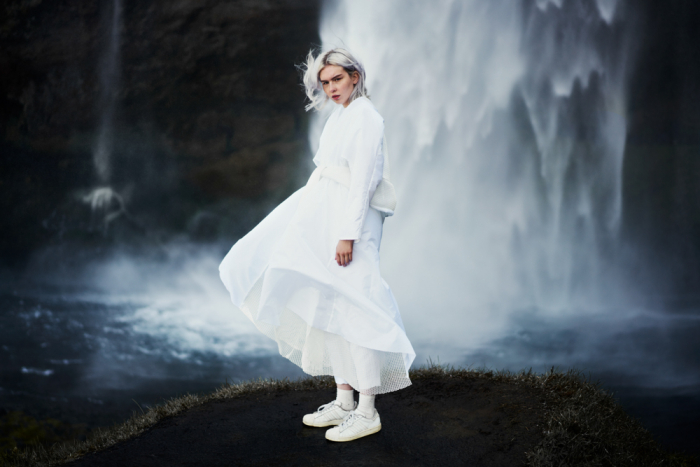 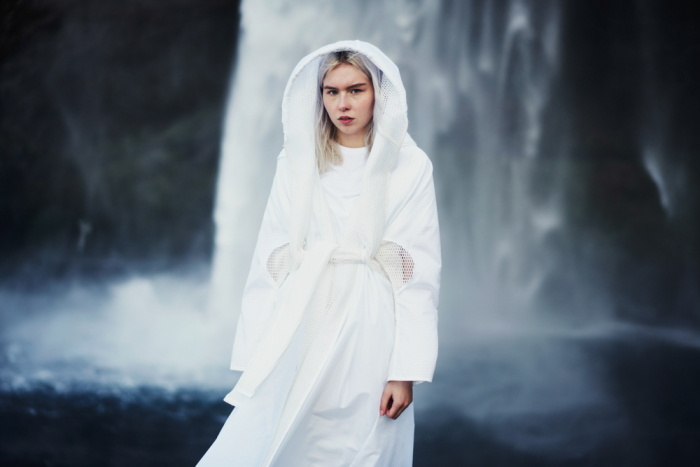 Let’s begin by acknowledging Félicie Eymard by her appropriate title: first and foremost, she is a product designer, an occupation that launched her career before she decided to transition into the world of clothing design. The product designer is passionate about embarking on discoveries to explore new scenarios and interactions in relation with wearable objects. Now, a French industrial designer – Félicie hones her multidirectional craft in the city of Paris, where she was born in 1991. The designer has previously resided in locations all over the globe including Reykjavik, Brussels, and London, as well as China, Brazil, and New York; a dichotomy of destinations that have primarily informed and inspired her design aesthetic.

Separating herself from other designers has been a mindful process for Félicie, since graduating with a Master’s Degree in Product Design in 2016 from the Royal College of Art in London, she ultimately affiliates herself with the product before any garments come into play. During the course, she developed an understanding about how to question typology, behaviors, why objects are made the way they are, additionally exploring how they become more efficient, more straightforward, more accessible, etc. Thus, in equal measures, she was forever fascinated with the wearable. “Whether it is incredible prints and color palette like Marni or Dries Van Noten or the innovative aspect of Martin Margiela or Hussein Chalayan” deciphers Eymard. “So I started to look at wearables the same way I could look at objects. With the same creative process.” 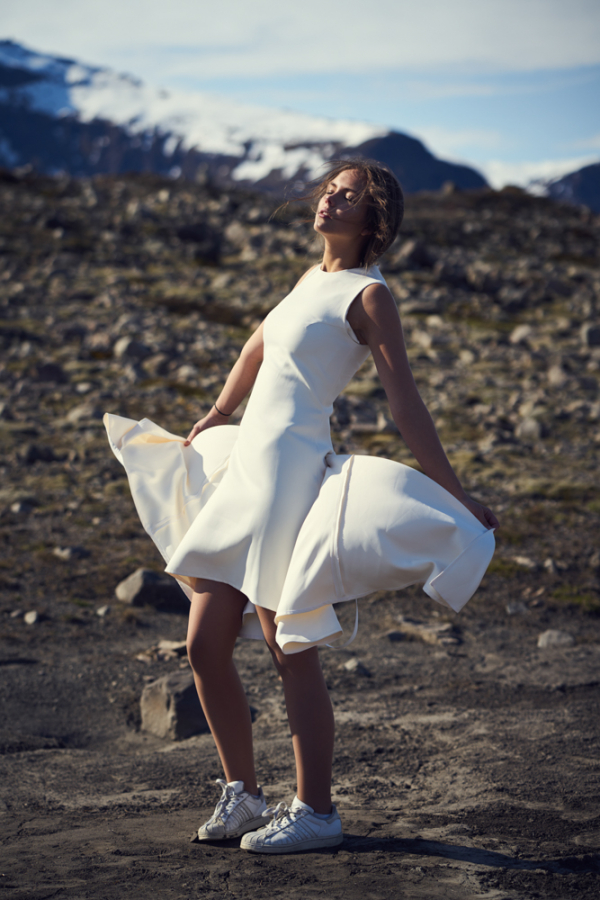 Establishing her brand was always going to be inevitable. “When doing my Master’s, I found what I really wanted to dig in as a designer,” explains Eymard. “It was extremely intense and difficult to work on the concept of what really accelerated my drive, but how satisfying when I finally could put it into words and make it become tangible. And of course the freedom of doing what you believe in.” Her pioneering graduate collection, “Metamorphosis”, perfectly combines the designer’s passion for both product and fashion, where a number of transformable garments come to life, inspired by childhood vacations to Iceland.

Delivering a novel and thought-provoking concept to the world of fashion and design, Félicie aims to question our behaviors with wearable and strives to create new typologies. She eliminates thoughts such as “I will make a dress” and rather channel the philosophy of “I will make a garment that will evolve/adapt/transform in this particular situation.” Eymard says, “I guess it is just a different way to look at a garment. I look at garment as a living object that will evolve and live in its movement when used. It is all about the interaction with the user and its needs at a certain time and at a certain place.” 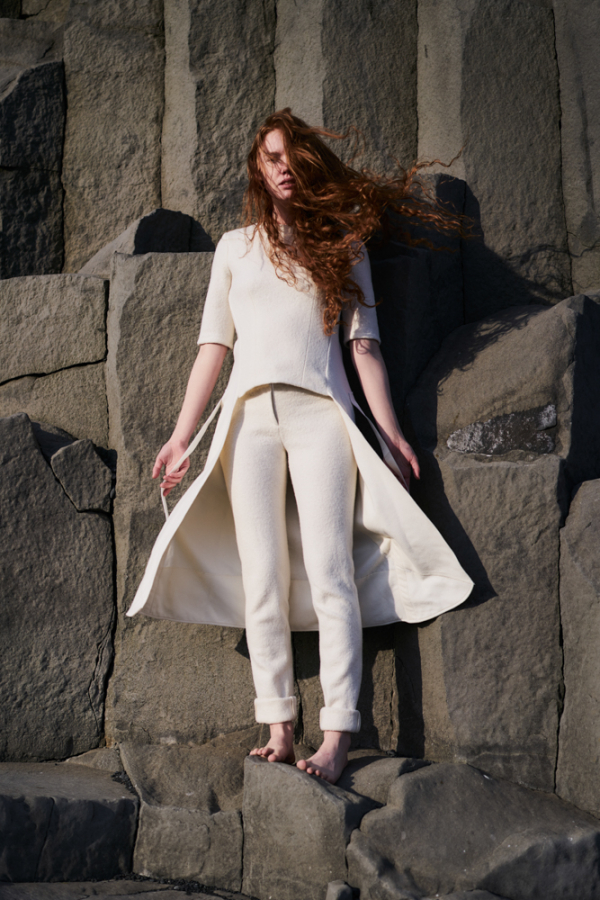 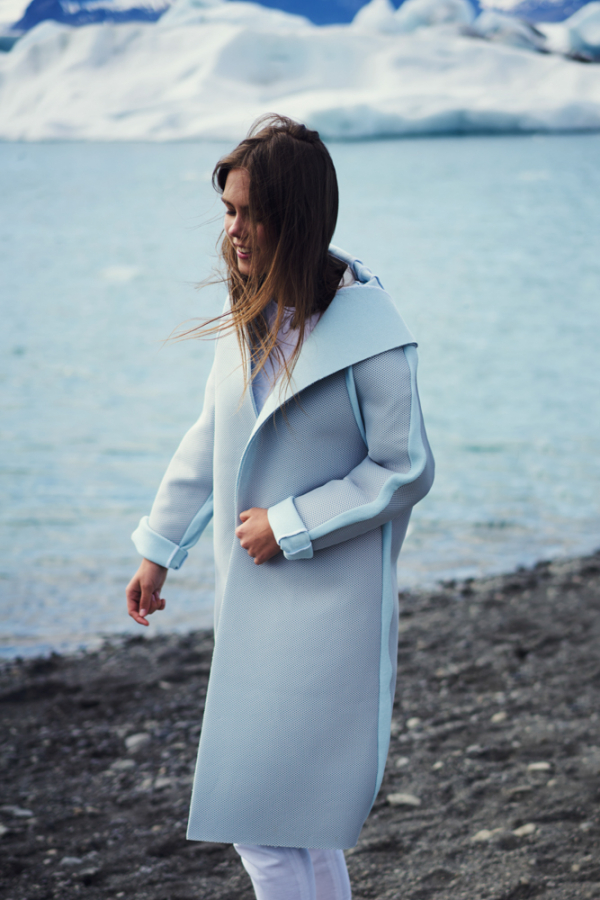 She explains how Metamorphosis is very minimal and functional due to her needing to establish a manifesto, outlining what direction she wanted to go in and what defined her aesthetic in this area. “Now that I know better, I can work on emotion and colors, etc. Maybe your garment will not transform because it needs to (rain, snow, change of environment) but because you feel like it. So maybe it is an outfit that changes from casual to chic or minimal to more colorful...the process is very long. But how exciting!” Félicie Eymard is an avant-garde entrepreneur, who channels her freedom in the most creative way. 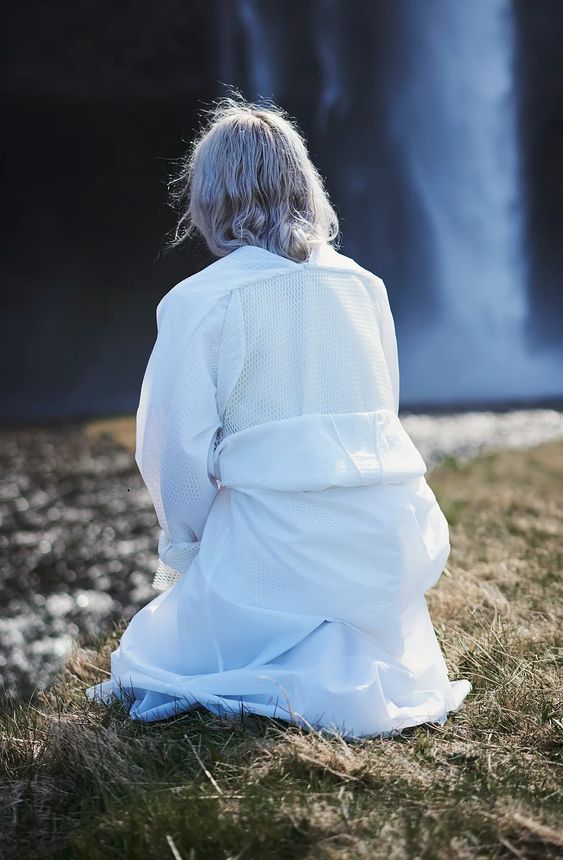