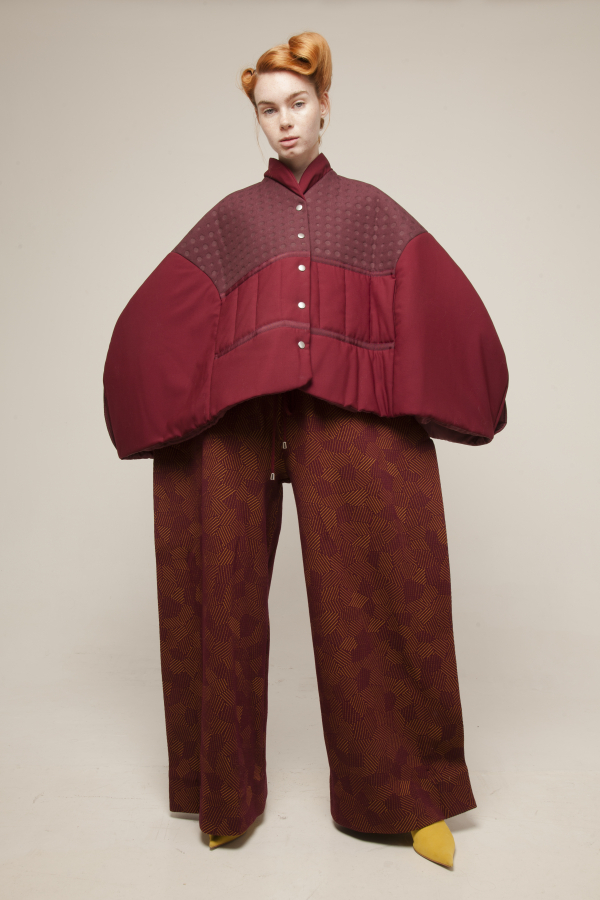 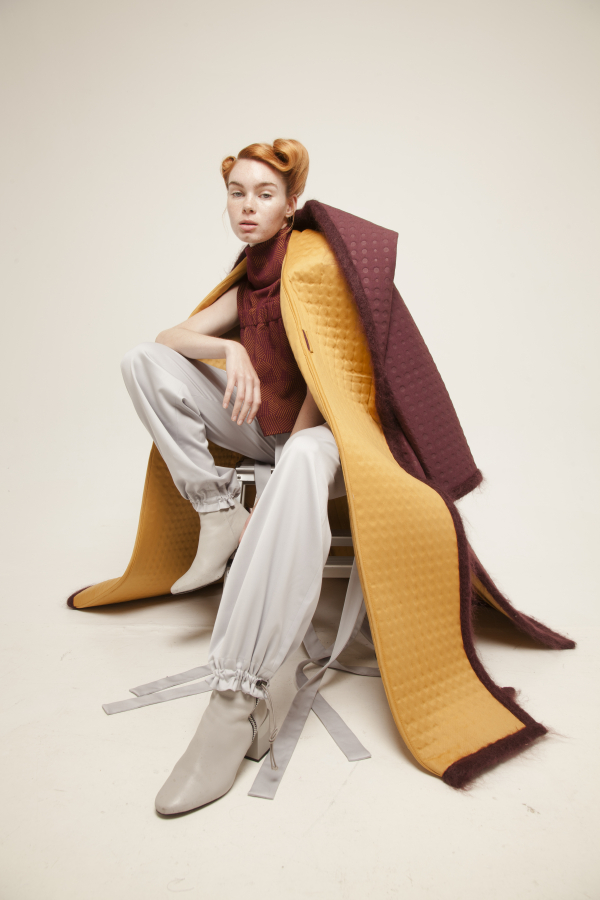 Emerging fashion brand Rooya, created by designer Rooya Rasheed is an emerging luxury brand specializing in modern womenswear. Initially living in the Maldives, Rasheed transitioned to Australia before eventually laying her creative hat in the United Kingdom; an original collision of cultures which has inspired her clothing designs. Rooya, a name of Persian origin translates as vision, further enhancing the brand’s understanding, being a prophecy enthused by Rasheed 's life, along with her imaginings, desires and furthermore the challenges of her life. The brand predominantly revolves around the designer’s personality, permanently emitting a sense of openness and vulnerability, conversely, exploring into the label’s more profound, darling, innovative, and authentic point of view, along with individualism that extracts from a life of variation.

Ironically, Rooya never attained the aspiration to launch her own brand, until after she graduated with a BA Hons degree in Fashion Design and prior to this she gained a degree in Industrial Design at RMIT. “I realized I didn’t want to stop creating and making my own garments” admits Rasheed . “I had this great need to continue. I wanted my designs to be heard and to be worn.”

She differentiates herself from other designers by developing a signature aesthetic, which she enriched in her final year of Fashion Design, presenting a collection that has been primarily influenced by furniture and product design. “One thing the panel told me in my final year was that when they look at my clothes, they don’t see any other designer’s work but mine,”Rasheed proudly recalls. “I wanted to create something different but something that also represents me and my personality as a designer. I also wanted to send forth a message about the concept of my graduate collection as it is very personal to me. My garments reflect an openness, vulnerability and allow finding comfort in oneself and their surroundings.”

Striking, gaze-enhancing shapes with experimental and voluminous silhouettes are fundamental depictions that distinguish the designer’s fashions. Throughout her current collection, “Anxiety And The Masks We Wear”, Rooya also radiates a poignant message regarding mental health and the stigma surrounding it that is brought to the industry’s attention. “I did it in a positive manner with bright colors for wearers to feel encouraged and be open. I also used heavy fabrics to show the feeling of heaviness mental health can bring. I also used soft fabrics against hard fabrics to contrast the comfort and feelings of restraints and worry.”

Establishing an ever-evolving aesthetic comes from Rasheed ’s love of art in all forms – a passion she adopted even as a child, where she acknowledged an appreciation for sculptural and contemporary art. With a prior degree in Fashion Design, she found herself being greatly influenced by furniture and product design. With additional materials including wood, foam, and plastic, as well as 3D printing that she had worked with before, the designer knew she wanted to incorporate an array of these elements into her garments. 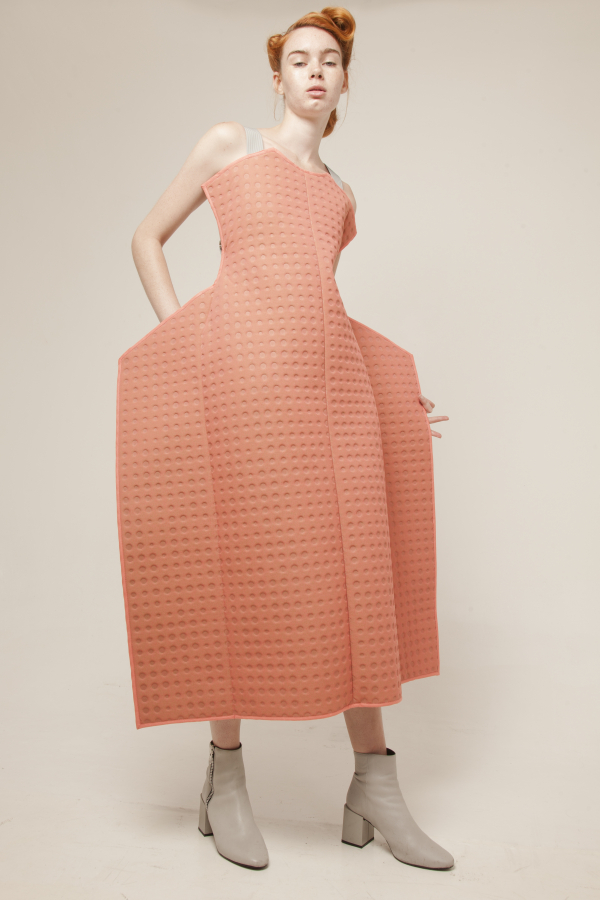 Shapes that have been constructed and manipulated through draping techniques emerge as standout pieces amid her collection. “My favorite garment is my cape jacket because it cannot be categorized as it is a hybrid,” explains Rasheed . “I don’t like fitting into the norm. I design for those who like being different because then it paves way for those to not be afraid and also be bold in their ways. I also created a tufting in some of my garments which was inspired by furniture design. I wanted to show comfort through clothing. Each of the fabrics has been selected carefully.”

Unapologetically bold, advanced and editorial-worthy that carries a thought-provoking and essential significance, Rooya’s designs are made for the woman who is confident and not afraid to be alternative in her dressing behaviors. 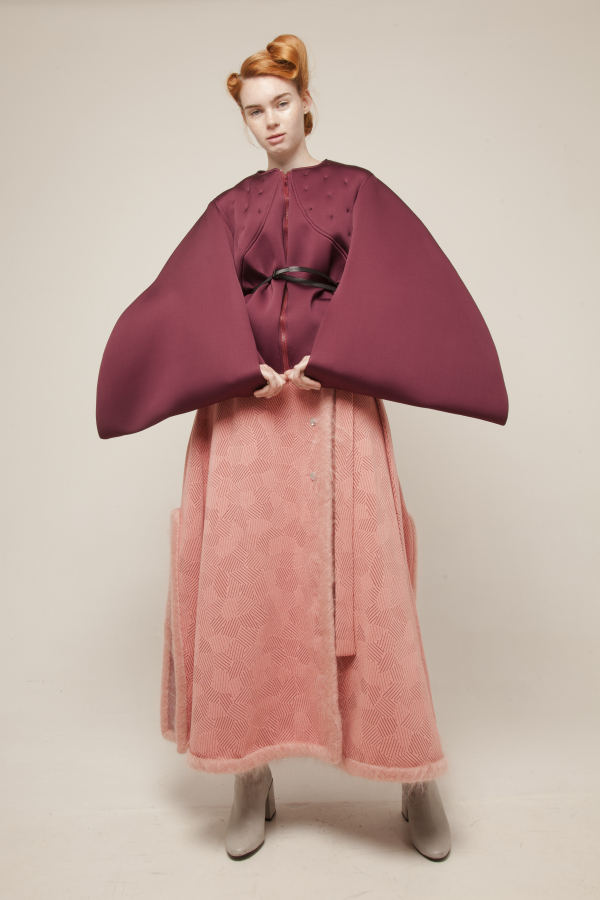