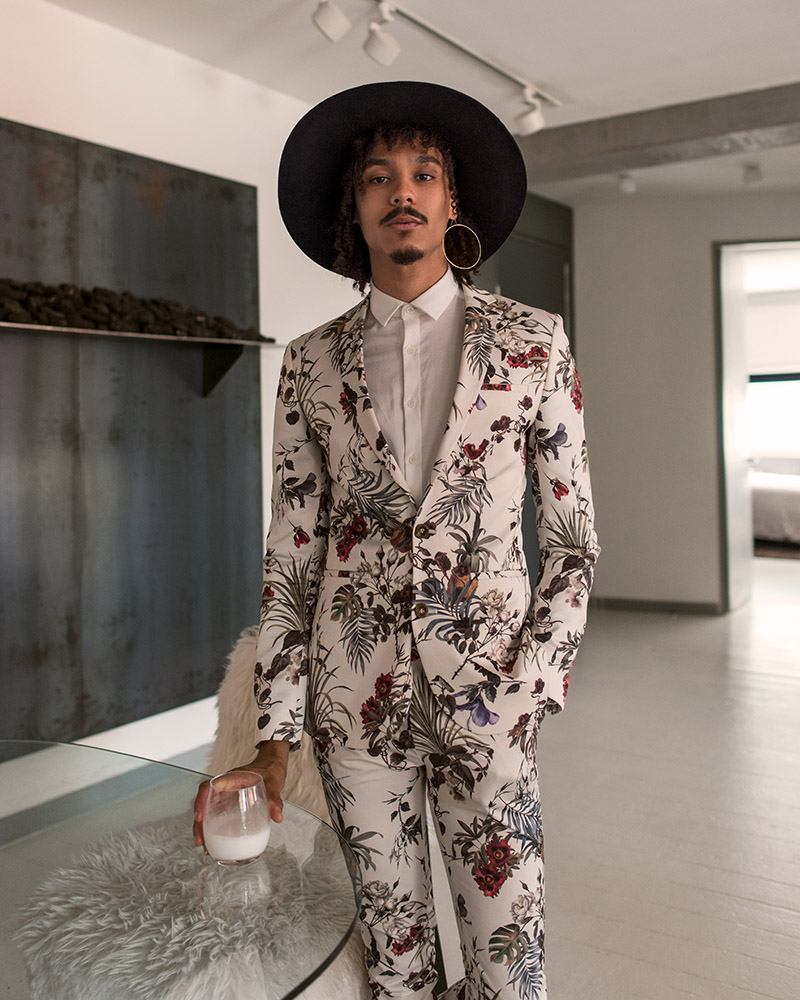 A Polymath, stemming from the Greek ‘polymathēs’ meaning “Having learned much”, is an individual whose knowledge and practice spans a multitude of different disciplines. Allowing them to create and operate in a manner outside of the usual artistic or academic restraints that are often imposed upon us. It is in rare circumstances that I would find myself applying this extraordinary title to anyone. But in the case of London based multidisciplinary Andro, the term ‘polymath,’ is the only noun that could possibly do this burgeoning young artist any justice.

Born and raised in Liverpool in the north west of England, Andro’s affinity for the arts was somewhat precocious. On leaving high school Andro accepted a place at London’s prestigious Drama Centre London, part of the internationally renowned Central Saint Martins School of art and design. Following in the footsteps of British acting royalty Colin Firth, Michael Fassbender and Tom Hardy, before graduating in 2013 to perform in numerous plays, including a recent double bill of ‘Dido’ and Oscar Wilde’s ‘Salome’ with the revered Royal Shakespeare Company in Stratford-Upon-Avon.

As well as taking the British theatre scene by the horns Andro found himself pursuing music in tandem to acting. Lending his beautifully dramatic vocal style to the Mercury Prize-nominated band ‘Jungle’- signed to XL Recordings alongside Adele et. al. and with them, playing some of the worlds leading music festivals, such as Glastonbury and Coachella, before turning his attention onto a solo career. Launching his new venture with two self-directed videos for the exemplary, ‘When The Alarm Calls’ and ‘Afterlife’.

A departure from the funk-laden opulence of his first two tracks, Andro’s latest release ‘Liar’ is a searingly raw tale of grief and disillusionment. A premeditative account of a bond bound to fail, who’s blisteringly arresting vocal score stuns its listener into a state of spiritual submission, as the cold shiver of memory makes it’s way across their skin. This, along with the track’s meticulously conceived visual, a master-class in physical theatre choreographed by the artist, make for a hauntingly emotive audio-visual experience. An experience whose effects can be felt long after your viewing of the piece has ended.