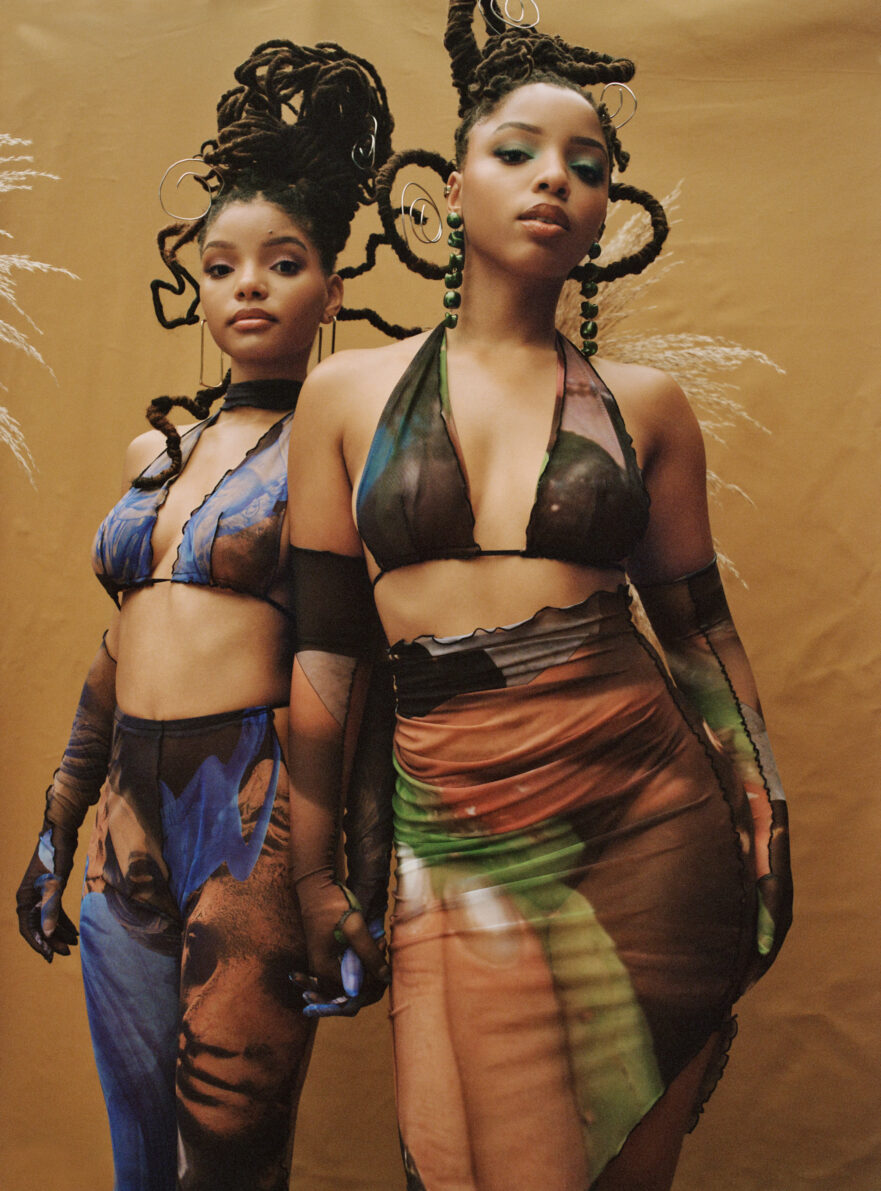 PIECES OF YOU COVER STORY 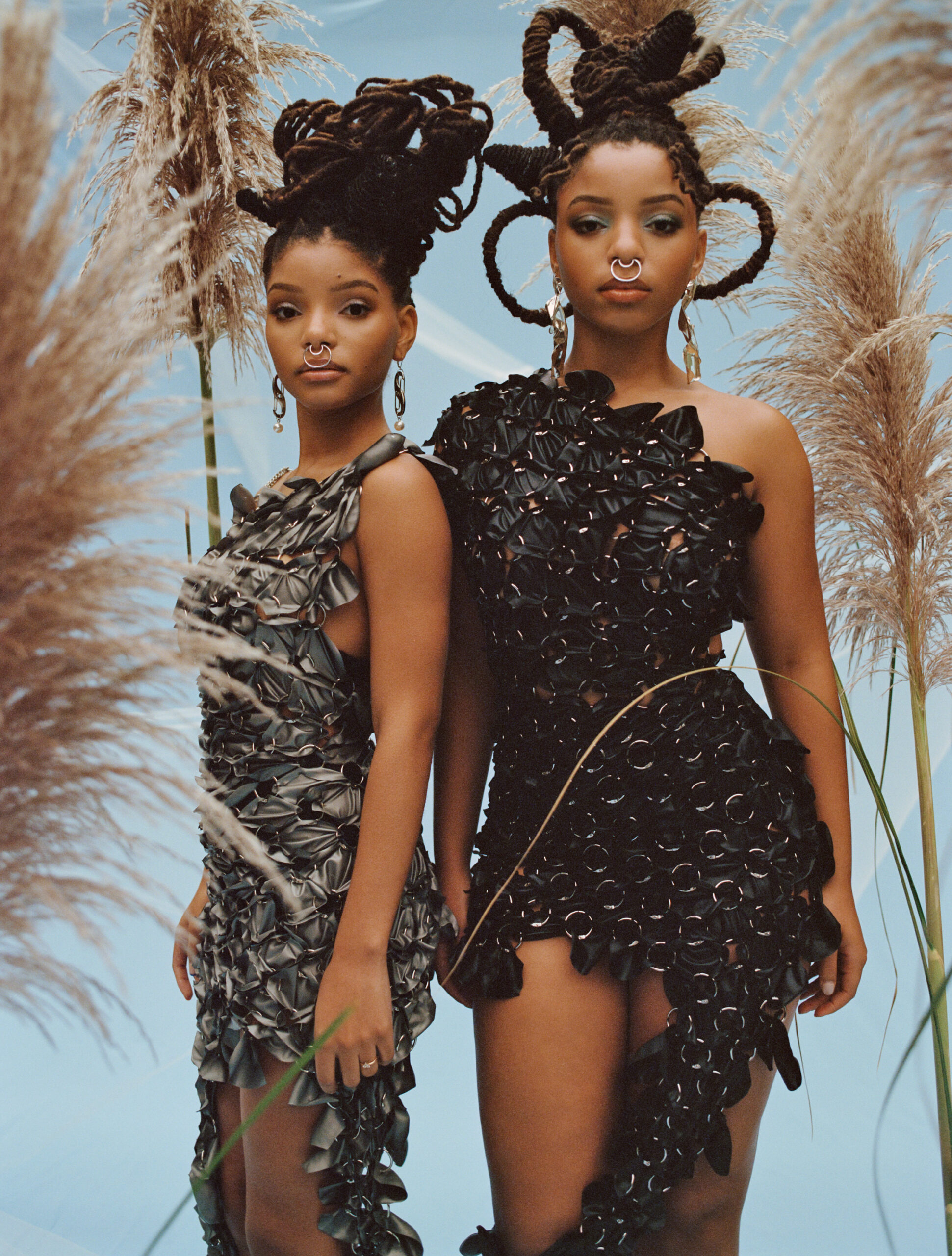 If rising R&B duo Chloe x Halle consistently excel at one thing, it's pairing their silky-smooth vocals with beats that catch you by surprise and lyrics that stay on repeat in your brain. Not only are they self-taught musicians with an ever-expanding repertoire of talents, but Chloe, 22, and Halle, 20, are also sisters. 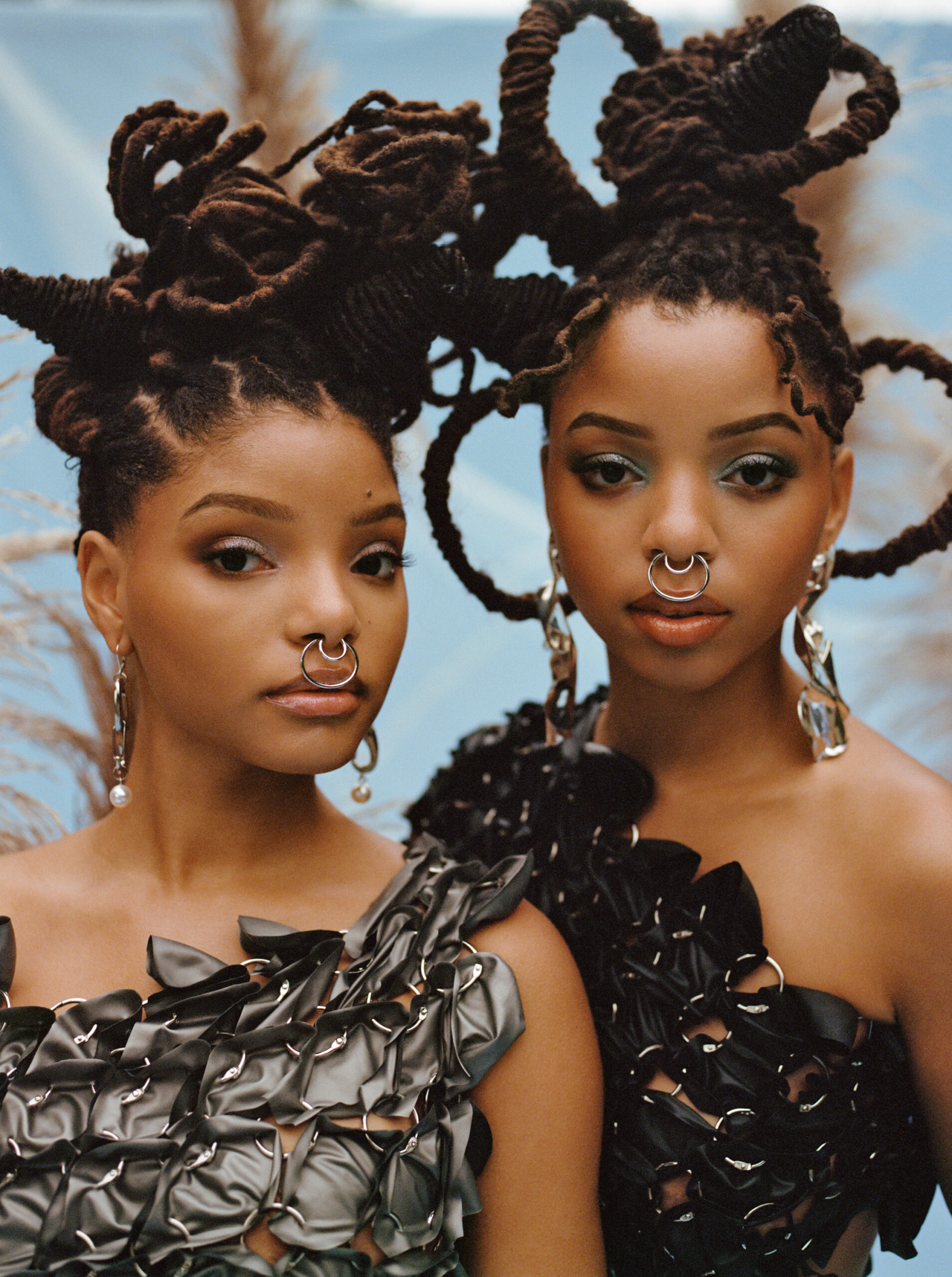 Before the Bailey sisters even sing a note, you notice their bubbly personalities and mature presence. Chloe carries herself with the confidence and nurturing grace of an older sibling, while Halle is upbeat and self-assured with a softer tone. Both young women are quick to lighten the mood with kind words and compliments for one another. "Our sisterhood is a huge part of everything, of how we operate, of how we succeed," says Halle. "It's a beautiful thing when you get to work with your best friend...I feel like through my life ever since I was a baby, I've always had Chloe to be there with me, for me, guiding me along the way, holding my hand."

You might know the Bailey sisters as Beyonce's protégés or as the snarky yet supportive twins who dish out hard truths to their friends on the TV sitcom, "Grown-ish." Or maybe, you recognize Chloe x Halle from the viral dance challenge for their 2020 single, "Do It," which has given their homebound fans a much-needed distraction from pandemic life. To date, the singers have released two LPs, "The Kids Are Alright" (2018) and "Ungodly Hour" (2020), under Parkwood Entertainment. Although fans loved the sisters' nuanced lyrics and mellow, sophisticated style of R&amp;B, their early EPs — "Sugar Symphony" and "The Two of Us" — were often viewed as "too complex" for their audience. 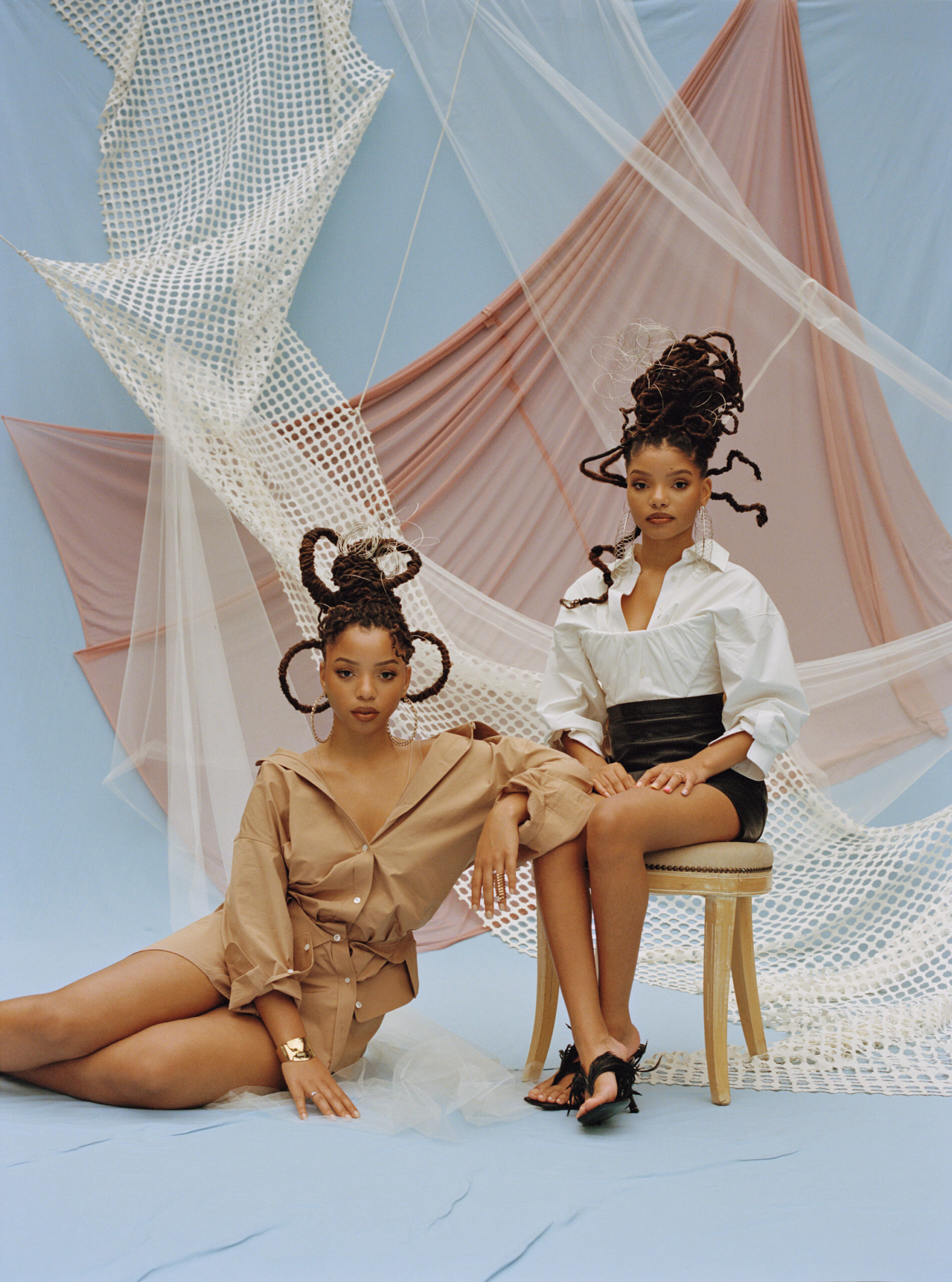 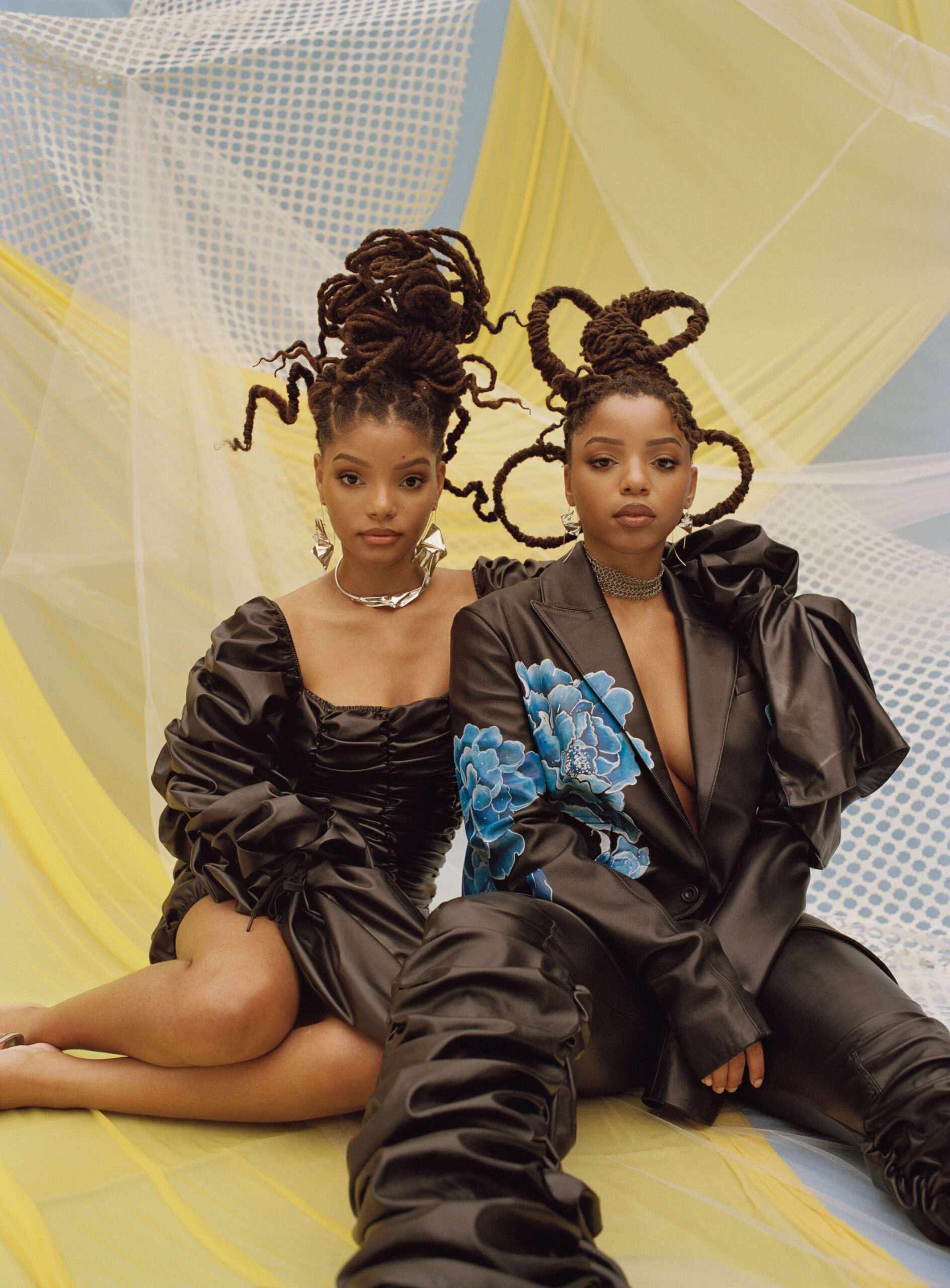 From time to time, the sisters have had to refocus on their goals to navigate creative blocks and deal with frustrating criticism from outsiders. "...[We] don't need to put our self-worth and who we are as artists on other people or what they say they want to hear from us," says Chloe. "So when we took those constraints off of ourselves, the whole world opened up."

Due to an intuitive, creative process, the duo's musical catalog shines because of its low-key, honest introspection and medium tempo, perfect for nodding your head while still taking a moment to relax and reflect. "We're always telling each other stories about what's going on and boys and all this stuff. And it just felt so freeing and flowing and it would just start off as a conversation. And then a song would appear right in front of our very eyes."

Their recent triumphs might translate as an overnight success story, but the multitalented Baileys have been hard at work honing their talents for more than a decade. The Atlanta natives started acting at a young age, landing small roles in films and TV shows, such as "The Fighting Temptations," "Last Holiday," and "House of Payne." As tweens, Chloe x Halle recorded covers of popular songs and uploaded them to YouTube, eventually landing a record deal and touring gig from Queen Bey.

"I remember when we were creating this music, we were a little nervous to play it for our parents," Chloe explains. "Because when you're around this age, you're not telling your parents everything, but because we're being so vulnerable and open, they'll hear it in the songs." However, their parents, Courtney and Doug Bailey, were happy to support their dream, motivating them to move to Los Angeles in 2012.  Today, they work from a converted garage studio decorated with pink curtains and mood boards, where Chloe handles the technical side of things, and Halle strums her guitar to get inspired.

As far as partnerships go, you couldn't find two people better suited for a sibling musical act. "To write music, you have to be very vulnerable, and you have to open yourself up. And sometimes that's hard to do with somebody you just met, Halle admits. "It's easy to open up to her [Chloe] because she knows all my secrets. She knows everything about me. So that's why I feel like our music is very honest." Their other strength? How seamlessly their voices flow together in sweet, sinuous harmonies. Every moment is like candy for your ears.

Chloe x Halle have figured out how to preserve the integrity of their ideas, despite being in an industry that tends to tear artists down more than it builds them up. Learning to filter the demands and criticisms of label heads out of the creative process is one factor, but they also view teamwork as their core foundation.

Chloe puts it best: "One thing that I love and appreciate about my sister and I is that we both equally have a strong love for what we do individually. However, I don't think I would have had the mental capacity to truly grasp and understand what is happening without my sister...And that's why we were paired together. So we could enjoy the fruits of our labor together and also lift each other up when we're in a rocky situation or space." For those of us watching their ascent to fame, the pleasure of experiencing each new album is reason enough to keep cheering Chloe x Halle on to greater accomplishments.