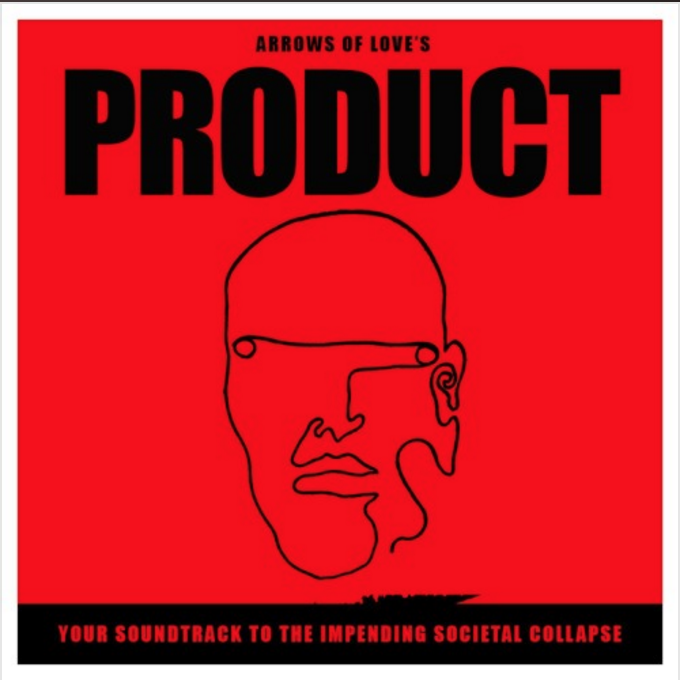 
Product: Your Soundtrack To The Impending Societal Collapse

We are caught in the current of a raging tide, as the world around us changes. The progress that many of us hold dear to our hearts runs the risk of reversion. And the only way to stop this incursion is to stand up and be heard. It is with both artistry and word that London based music collective Arrows Of Love have returned to the fold. Rallying the troops with their striking sophomore album ‘Product: Your Soundtrack To The Impending Societal Collapse’.

Far from the churning homogeny of the pop culture machine, that continues to dribble out absent-minded starlets with little to no social conscience, Arrows of Love serve up a feast for the woke. A meal for the minds of the disillusioned and the restlessly aware who, as their passivity begins to break, are revolting against the instability of the world around them. Setting the mindset of a generation to an invigorating score of driving base riffs and distorted guitars as they fuse together a mélange of styles from punk to spoken word.

Aggressively assertive from the offset, ‘Product’ begins as it means to go on. Holding your attention with track after track of intoxicatingly well-crafted soundscapes and the kind of agitated lyricism that feels all too relevant in the current socio-political climate, while still managing to weave in subtle moments of introspection. It’s gritty balance of bombastic blasts of dynamism and a strong social stance easily make for one of this year’s must listen albums!

Amaal Nuux – Not What I Thought