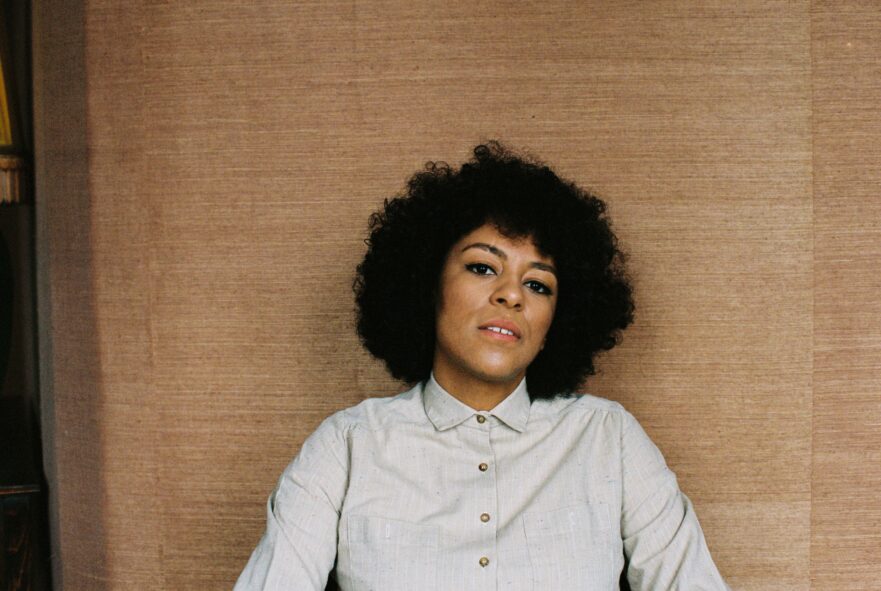 The art-pop of Dutch-Ghanaian musician, Nana Adjoa, is for all the strivers and battlers of the hard day. As her assured and sublime debut album, Big Dreaming Ants, shows, the late-twenties multi-instrumentalist and singer has an almost telepathic sense of what makes humans love, long, and tick. Through florid lyrics that cut to the core and wonderfully unpredictable instrumentation, Adjoa does no less than paint the beating heart in all its precious messiness.

Raised in the Netherlands where, as she says by phone, she and her friends "made noise" in different bands during her teen years, the artist went on to the esteemed Conservatorium van Amsterdam jazz program but felt somewhat bound by its strictures. Later, she entered the country's biggest pop competition and consequently made it to the finals and got a manager. The initial musical offering of Adjoa's was, then, her two-part EP, Down at the Root, the first half of which was released in 2017 and the second in 2018. Although not a formally trained singer, she instantly gripped the listener with her raspy voice on such songs as the country-tinged "Carmen" and the blistering "Part of It," which pleasantly recalls the sheer adventurousness of Deradoorian's The Expanding Flower Planet (2015). More significantly, there is a wall of sound on both Down at the Root and the subsequent EP, A Tale so Familiar (2018) that Adjoa right on tears down, crashing through it with a madcap army of frenzied drums, quicksilver synths, and high horns. The wait for her debut LP was, undoubtedly, eagerly anticipated.

Big Dreaming Ants does, in fact, announce the arrival of one of the most pensive yet spontaneous, purely exciting artists in contemporary music. The album is just under forty minutes, but Adjoa has a lot to say here. Speaking about the origins of the album, she says, “I had been in LA and it kind of made me feel like a small person in a big world. Also, when I was in the studio, I collected a lot of images and all of these pictures were either one small person in a very big space or a lot of small people all together like the Olympic Games, pictures of people trying to achieve something.” The songwriter does mine such simultaneously urgent and ageless motifs as identity, patriotism, and desire. "You know your Lord and how he's awaited,/You know this revolt of yours will never get old or antiquated," Adjoa sings on the stunning guitar-fuzzed opener, "National Song," and, in just this sharp couplet, she has related the history of distressed urbanites around the world, through the decades.

"I think these themes have been on everybody's mind," she reflects. "For me, being of two backgrounds, my father being from Ghana, my mother from the Netherlands, I've always been interested in my parents' backgrounds in order to understand who I am." Big Dreaming Ants could undoubtedly be heard as Adjoa actualizing herself on record. While on a track like the sonorous "No Room," she yearns to "imagine my way out of this cubicle life," on one such as the anthemic "She's Stronger," she aims to be the one who "hauls it all on her own" and be a fiercer version of herself. Throughout the album, which is a kind of spiritual successor to Wilco's bombshell Yankee Hotel Foxtrot (2002) with its purposefully unpolished luminosity, Adjoa doesn't claim to have all of the answers. Instead, she rewards the audience with vital questions: who are you? What do you stand for? What do you believe in?
As an electric guitar swirls under a sky of soaring strings on Big Ants Dreaming closer, "I Want to Change," Adjoa sings of "a butterfly in a cage" and "raw resurrection." This is what the artist has given: freedom, warmth, air—the chance to fly. 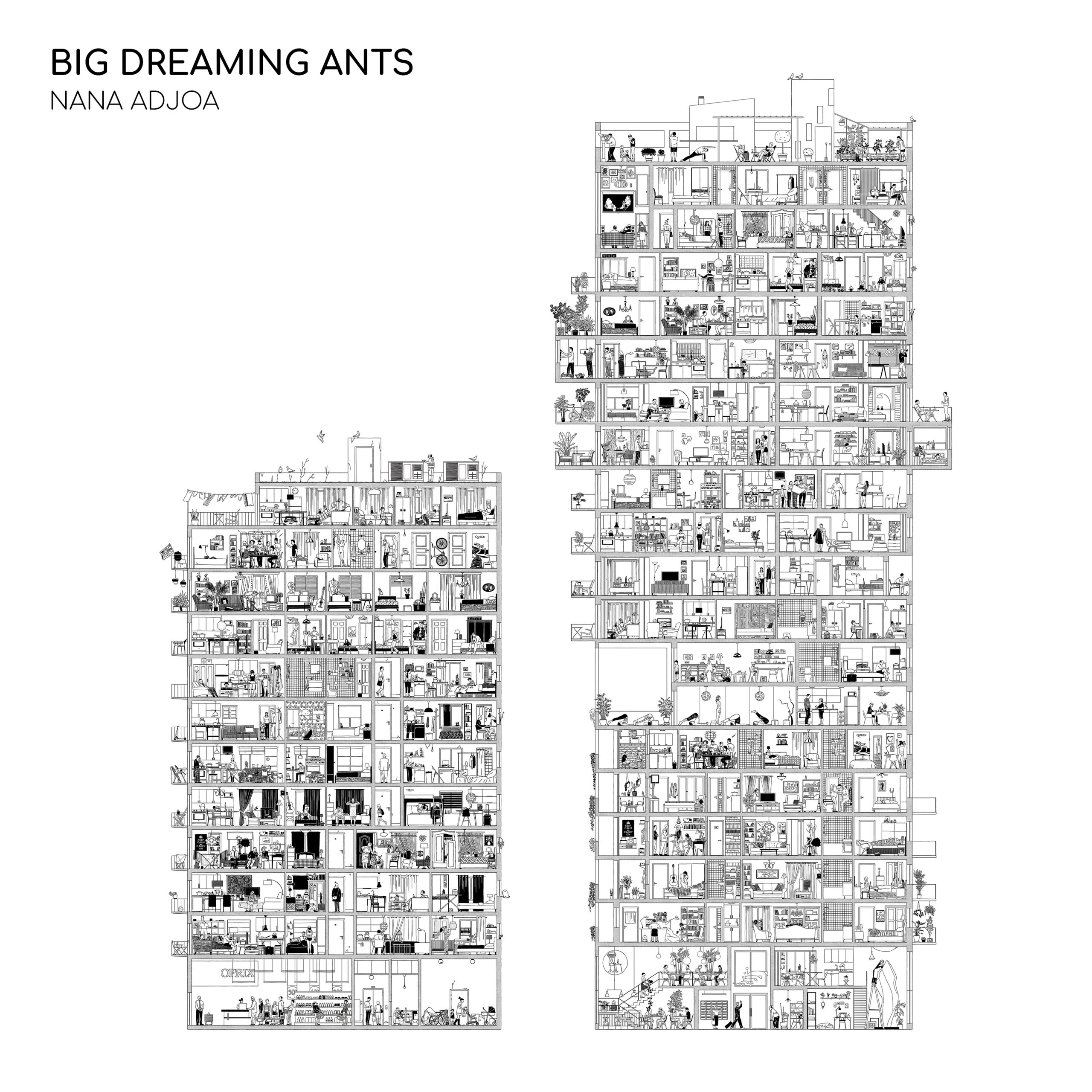