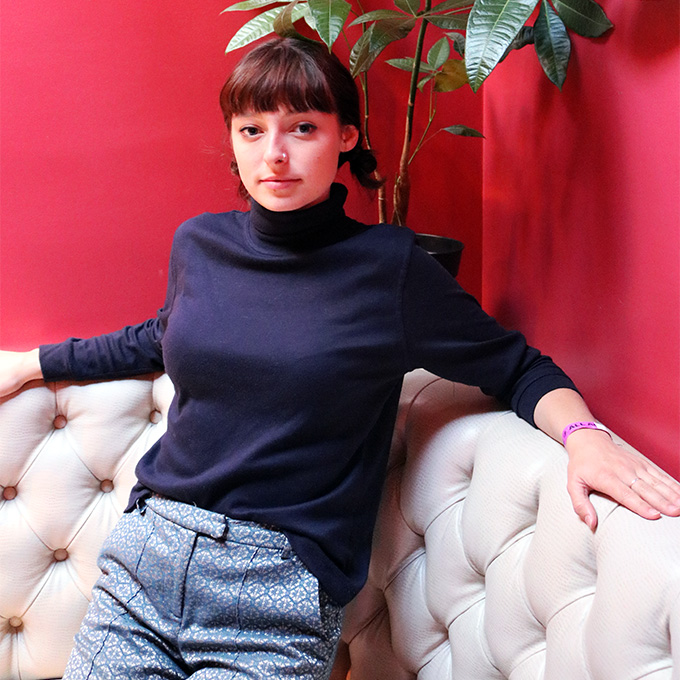 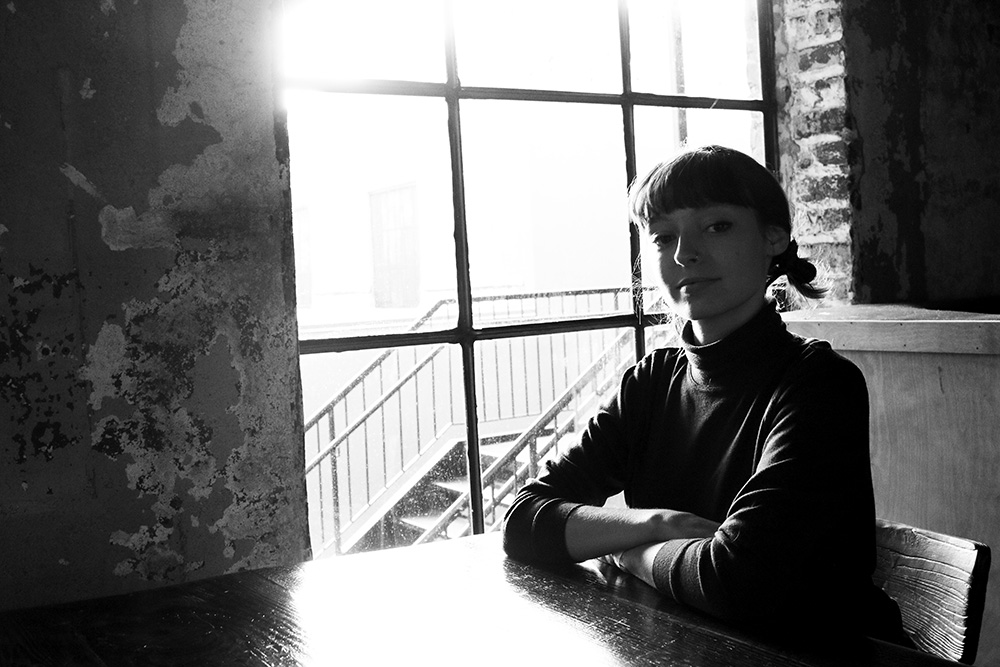 Last night at Elsewhere in Brooklyn we chatted with Austrailian singer-songwriter Stella Donnelly just before she headlined her first U.S. Show. Fresh off a set at SXSW, Donnelly recently signed to Secretly Canadian and is rereleasing Thrush Metal available to download now. She presents brutally honest and witty observations of people and relationships transformed into blissful poems and emotion filled punch lines.

Tell us about Thrush Metal, the title of your EP.
I called it that because I wasn’t ever expecting my EP to become big, I was never expecting to be sitting here in New York talking to you. I’d done it in a really chilled out way, recorded in a living room, super chilled, and I was expecting to sell 30 cassette tapes, and then it went big. I thought it would be funny to see people buying a tape called Thrush Metal, and then a month later I saw it on Spotify. It’s a constant reminder to laugh at myself.

You tackle some heavy subject matter in your music, what do you hope people take away from the album?
I just want them to get a taste of who I am. There’s some sweet love songs, some serious songs, I guess they were just the things I had experienced at the time and a collection of things I wanted to sing about and talk about. I never expected people to really love it, so now when I think about it I want young women to be able to relate, but not too closely.

What’s your favorite part of performing live?
I think it’s the silence. Every so often you play a show where the crowd is just quiet, and they’re really listening. I think those types of gigs, you’re all part of something magical. Getting to people, and people engaging with you. When they laugh at my jokes that’s always good.

What are your pre-show rituals?
I drink this licorice tea, and I do a little warm up, and I spend about five minutes alone to just sink in and be ready to be up there on my own. Nothing too crazy. Some days I don’t feel as confident as other days, I don’t feel very prepared to open my heart, so I do this thing that I saw on a TEDTalk where you stand up and open your arms up like a star or put your hands on your hips and it opens your chest up, and it tricks your brain into thinking that you’re confident. I do that little trick sometimes.

What are your plans after the show?
I try not to talk too much because I lose my voice when I talk, not so much when I sing, so that’s a big one. Finding somewhere to eat is a good one. I don’t tend to drink on tour. I know that there are a lot of other people who have put in hard work to get me here as well, and so I don’t want to blow it just ‘cause I feel like getting boozed up. I think the music scene is becoming less tied to the alcohol industry, and there’s a lot more tolerance for artists who really want to take care of themselves.